The Toro Rosso Formula 1 team still needs to do a lot of work to make its Spanish Grand Prix upgrade work how it expected, admits technical director James Key

The team had a difficult Friday practice at Barcelona last week and then Daniil Kvyat was slowest of all in qualifying.

Carlos Sainz Jr was happier and made it to 12th, which he converted to seventh in the race, while Kvyat came through from 19th on the grid after Stoffel Vandoorne's penalty to ninth place with a bold strategy involving just one lap at the start on medium tyres.

Key believes there is much more to come when the updates are fully mastered.

"It was a tricky weekend actually," he told Autosport.

"There are a lot of changes on the car, and we had to work on it more than we thought to get the right balance windows.

"There's a bit of work to do with this new package to extract the most out of it, more than we thought we'd have.

"A lot of Friday was spent trying to do that, and recognising how we needed to set the car up to get the most out of it.

"On Saturday we just about got there, but Carlos was much happier with it than Dany.

"By the race it coalesced into something that was much closer to what we expected." 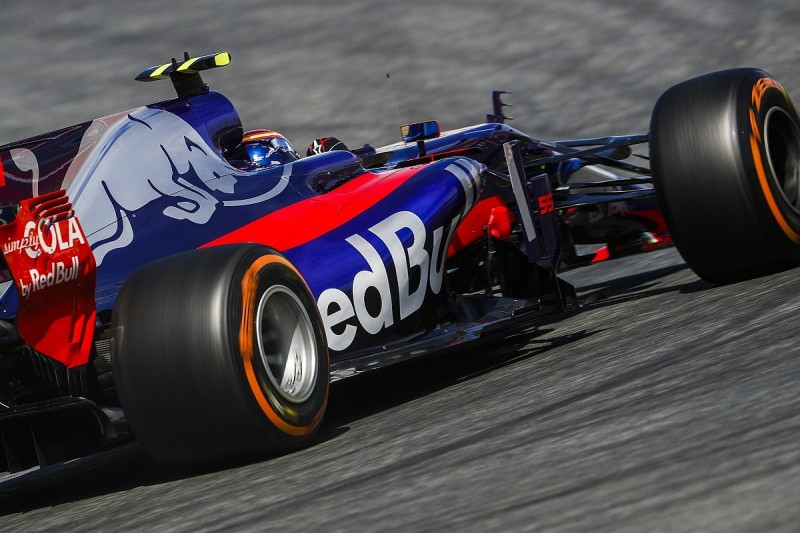 Unlike last season when it had year-old Ferrari engines, Toro Rosso now has a direct reference on its performance relative to sister team Red Bull as both have Renault power.

Key was encouraged that Sainz was within 0.237 seconds of Daniel Ricciardo's Red Bull in Q1 at Barcelona.

"It basically shows you with the same engine what it's possible to do," he said.

"We're further behind than we want to be, of course.

"Excluding the qualifying dramas that we had with both cars, because I think we didn't quite get what we wanted out of either car in the end, if you looked at Q1 and Q2, it wasn't so far away.

"So that was quite encouraging, that we were close to them than we were before.

"I think we have made a bit of a step, but the car needs a lot of work still to maximise it."