Ahead of a season in which the majority of F1 cars bear a strong resemblance to last year, it was curious that the one with perhaps the greatest difference was the first to launch. McLaren's trouble-free performance in testing appears to have validated it's decision to pursue generous lead times

Arguably no Formula 1 team faced as big a challenge as McLaren heading into last weekend’s Bahrain testing, given the switch of power unit supplier from Renault to Mercedes.

Even at a time when much on the 2020 cars was frozen by the FIA, allowing teams to carry over parts without having to devote R&D resource to further honing them, a PU change is a huge job that impacts many areas of the car. Throw in aerodynamic rule changes and the revised Pirelli tyres that everyone has had to deal with, plus a new driver in the form of Daniel Ricciardo, and the Woking team has faced quite a challenge this winter.

Yet McLaren emerged from the Bahrain test in fine form, looking like a team that has really got its act together, despite technical director James Key noting modestly that it has been making "baby steps" as it tackled all those challenges.

It says a lot about the current level of organisation at the team that the MCL35M first ran at Silverstone for a filming day on February 16th, some 24 days before the Mercedes W12 hit the track in Bahrain last Friday – a lifetime in F1 terms. McLaren even found time to conduct a second filming day, gathering more data.

Track debuts are important because they are fixed months in advance, and they determine R&D, production and car build schedules. Traditionally, everyone wants to push the limits, and sign off on the design of parts as late as possible. The downside is that the later you run the car, the less time you have to address any issues that pop up. Mercedes took that risk by not running until Bahrain, saving its first filming day until after the test, and the problems it faced over the weekend suggest that the world champion team paid a price for that choice. 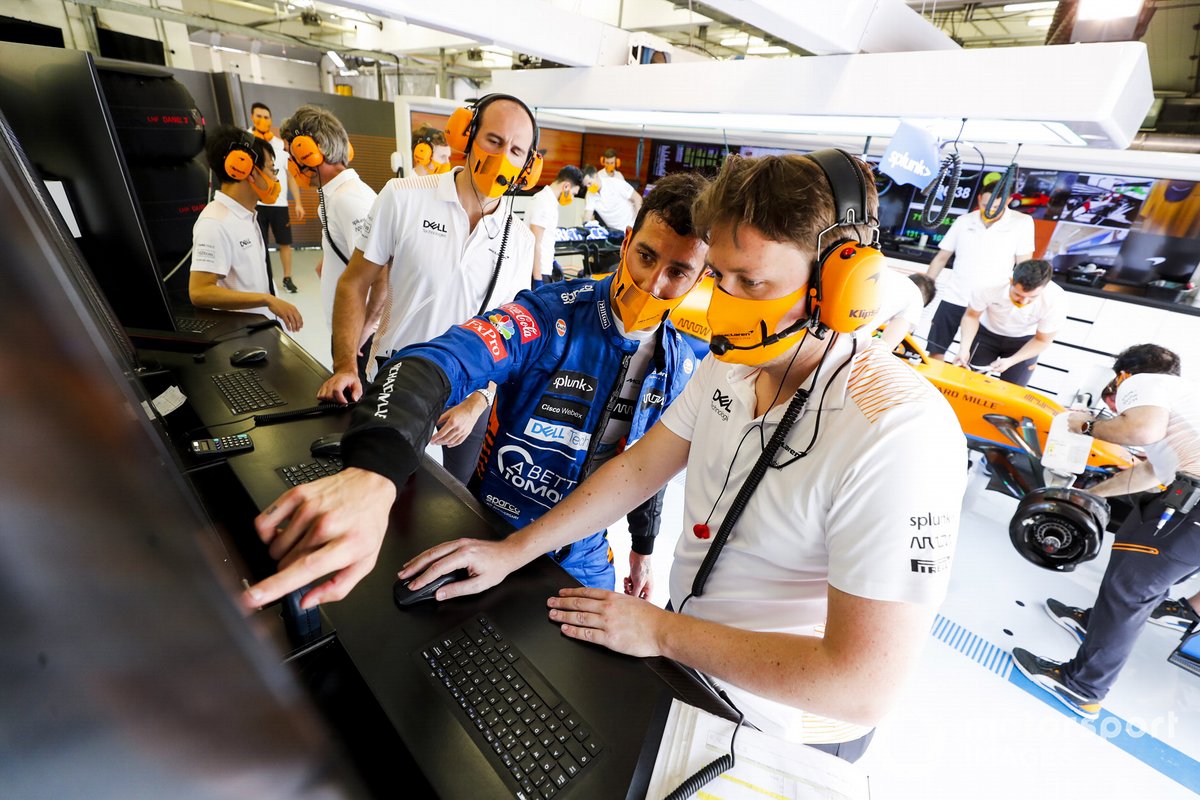 Rather than use the extra workload inherent in the engine change as a reason to be among the last to run, McLaren took the opposite approach, ensuring that the car was ready early so that it had plenty of time to analyse data and sort through everything before the first proper test in Bahrain. The fact that the three days appeared to run smoothly suggested that the strategy had paid dividends.

"We had a lot of ingredients that we needed to ensure we included in this week to make the most of the opportunity we've had," Key said on Sunday.

"There's no negative reason for the lap count we've got, it's more to do with the fact that we swapped drivers every day, which always has a little bit of a timing implication" James Key

"So we took it a bit step-by-step. We took our time with car build, we did some mileage before we came here, we had gaps in between that mileage to do some dyno testing with Mercedes and also a couple of filming days, which were filming, but also gave us couple of opportunities to run the car as well.

"We had some gaps in between just so we could look at how things were going and solve some issues we found along the way. It was a little bit baby steps to get us to this week and hope that we could be reliable, but fingers crossed, so far it's been quite reasonable."

The best McLaren time was a modest seventh fastest overall for the three days of testing, and others ran greater mileage - indeed, McLaren was only eighth in the laps completed list, ahead of Aston Martin and Mercedes - but while being at the bottom of the table was a clear sign of mechanical trouble at those teams, it wasn't the case at McLaren.

"There's no negative reason for the lap count we've got, it's more to do with the fact that we swapped drivers every day, which always has a little bit of a timing implication," said Key. "We also tried to split our time between data gathering, which can be time consuming sometimes, and just sticking miles on the car.

"Of course, you'd like to put a lot of miles on the car immediately, but if you do that you don't necessarily get all those little tests done, which typically we started our day with. It has been planned, of course we want to maximum mileage, but I think the programme we've had has ticked a lot of boxes that we had to tick." 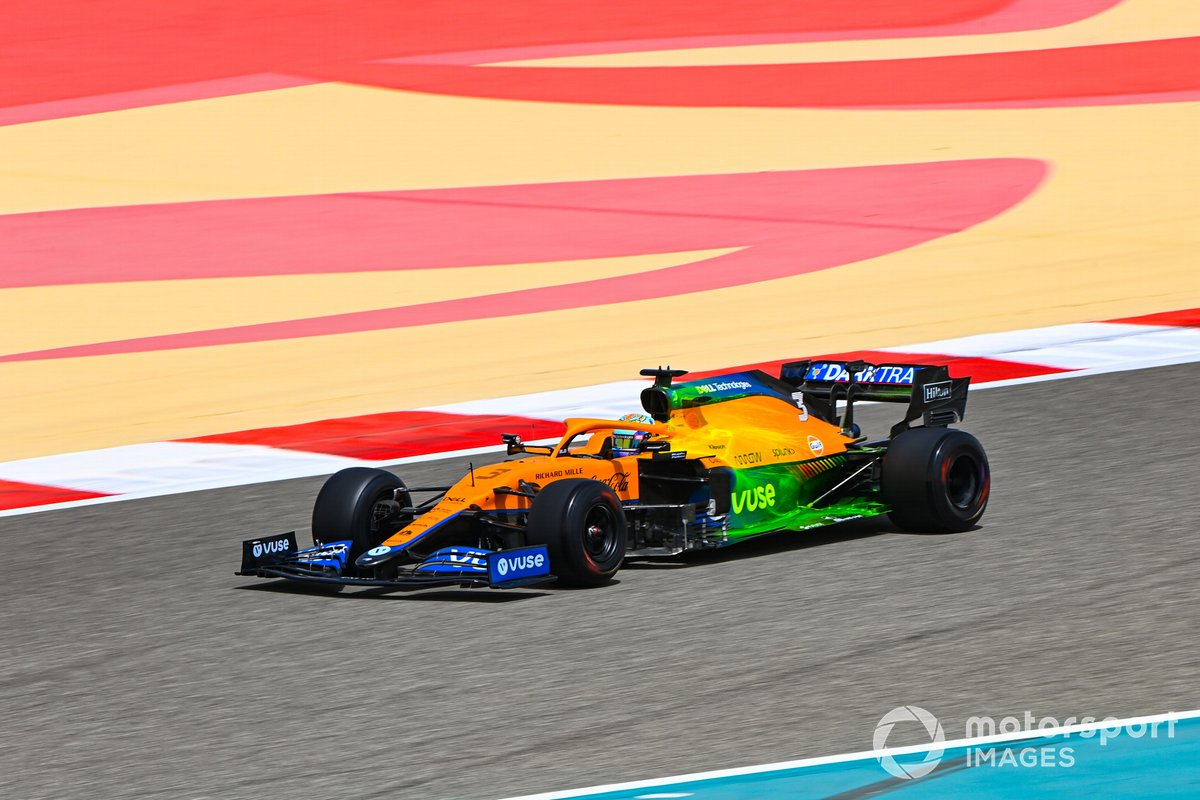 It wasn't just a smooth performance on track and in the garage that caught the attention. A novel approach to the new diffuser restrictions gave rivals food for thought, and showed that Key and his aero team are pushing the boundaries in interpreting the rules.

"I think it's always nice for a team to come up with an idea which is unique," he said. "And the credit fully goes to our aero department and the guys in the rear aero group for realising that there was an opportunity there to use the new regulations in such a way. Full credit to them and in that aspect yes, of course it's nice to find something which is maybe a little bit unique to us.

"I suppose it's one of the visible things which gets talked about a lot, but ultimately it's just a bit of a much wider picture of a complex part of the back of the car. I'm sure it'll be forgotten by the time we get back here in a couple of weeks' time."

So where does McLaren stand in the pecking order? The team is certainly higher than the seventh place that the overall headline times suggested, and the same could be said for Alpine and Aston, only eighth and ninth on that list.

Key insists that the team spent the day in Bahrain focussing on its job list rather than analysing what rivals achieved. That comes later.

"It is very difficult to tell," says Key. "For us it's really been a case of looking at ourselves, making sure that we were comfortable with the steps that we were making during the test, ticking those boxes I mentioned earlier, making sure the reliability of the engine installation was critical for us and Mercedes and so on.

"It hasn't been a bad test, but exactly where everyone is, is of course very difficult to say." 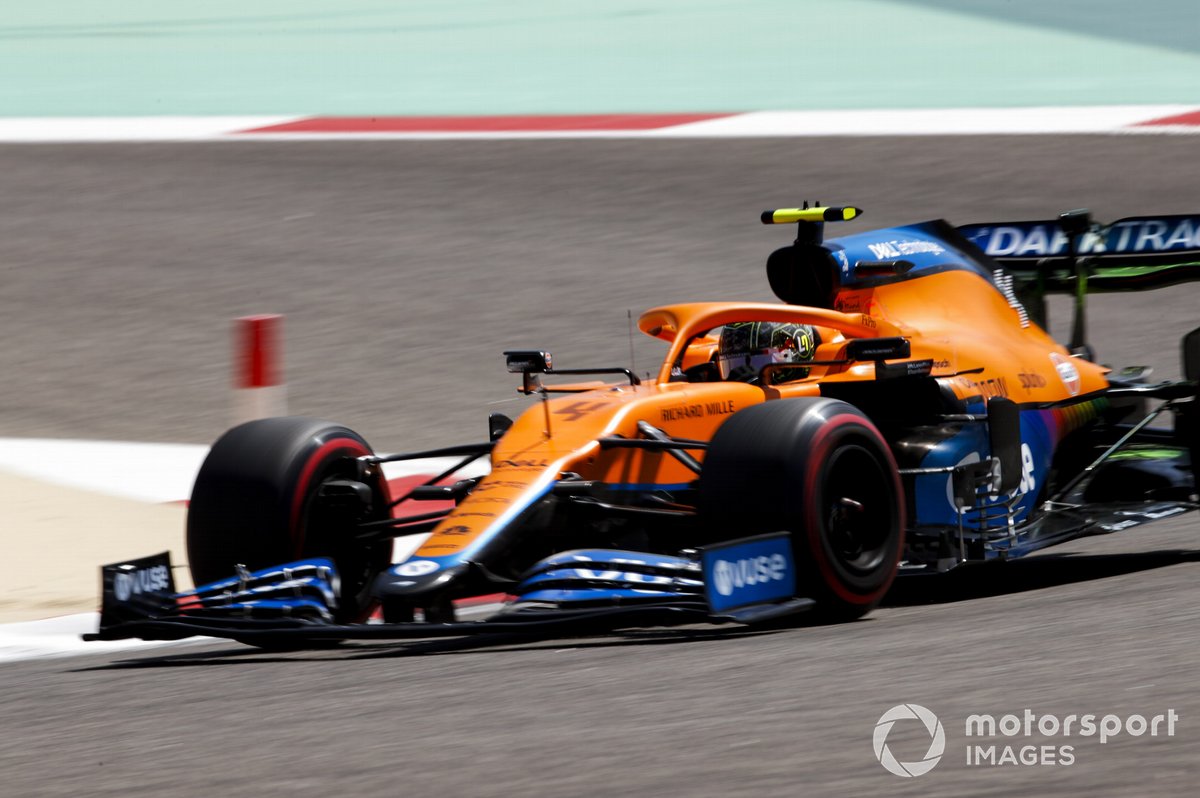 "I think it's difficult to know exactly the pecking order," said the German. "But from everything we've seen so far we can expect an incredibly tight and battle again, between the usual suspects. I think we will be again in the same fight as we have been last year.

"We shouldn't forget that we also have a new partner with Mercedes, and we have to go through a lot of things first time under real pressure in two weeks – going through qualifying, going through a race – which is challenging because it's a complex topic to operate these modern power units together with the team in these situations.

"It hasn't been a bad test, but exactly where everyone is, is of course very difficult to say" James Key

"But with how this last month went I'm really happy I have to say with everything the team has done, and with all the energy everyone has put in."

He added a note of caution: "It was great for us to finish P3 last year but at the same time we haven't forgotten about the last race where we could also have easily ended up in P5."

That early test debut has clearly paid dividends so far, and it puts the team in a strong position going into the first race. The counter argument is that a late start, with a later sign-off on parts and thus more time to design them, can have benefits that play out over the full year.

However this is no ordinary season with so many parts frozen, the budget cap now in force and all R&D resources gradually switching full time to the 2022 project. No team can be sure that it has followed a strategy that puts it in the optimum position both for this year, and for the new regulations – and the real answer will only become evident over the long term. 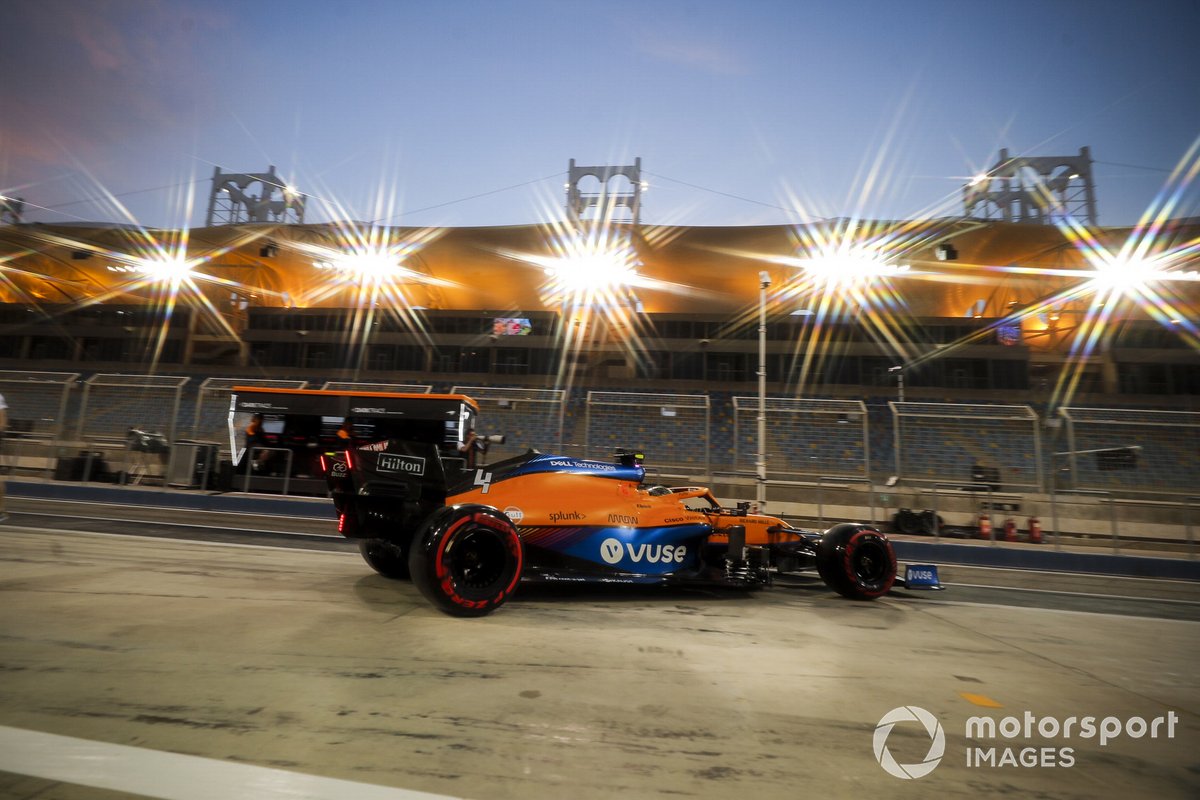