The front wing used by both drivers in Bahrain featured revised supports near the tips, as the designers looked to reduce the flutter generated at high speed as this can negatively impact aerodynamic performance downstream.

Getting this area of the car right is critical for optimising the Y250 vortex upon which the performance of various aerodynamic structure depends. 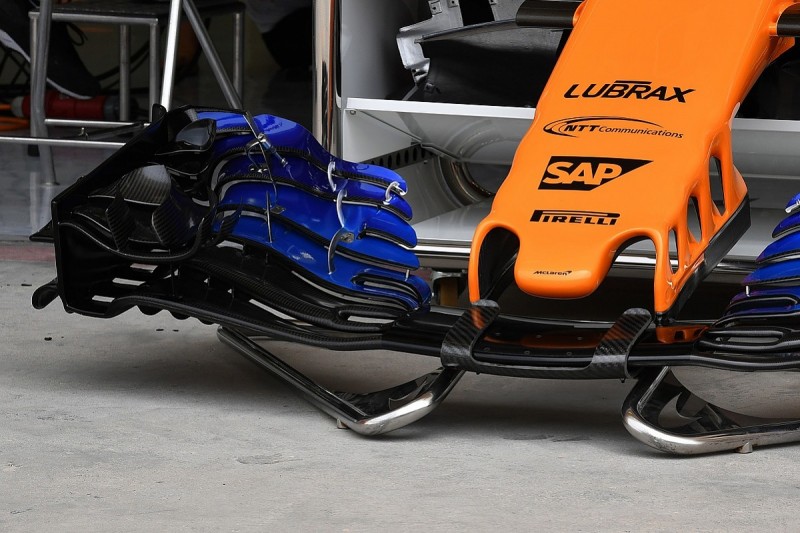 But other changes that were spotted hinted that McLaren could well be plotting a route down the same path that Red Bull went last year as it played catch up with its RB13.

It has been noticeable that in the area of the bargeboards, sidepods, deflectors and even the leading edge of the floor, McLaren has appeared lean in its developments compared to other teams.

The new sidepod deflector that ran on only Alonso's car bore an uncanny resemblance to the very idea that Ferrari started and Red Bull copied. 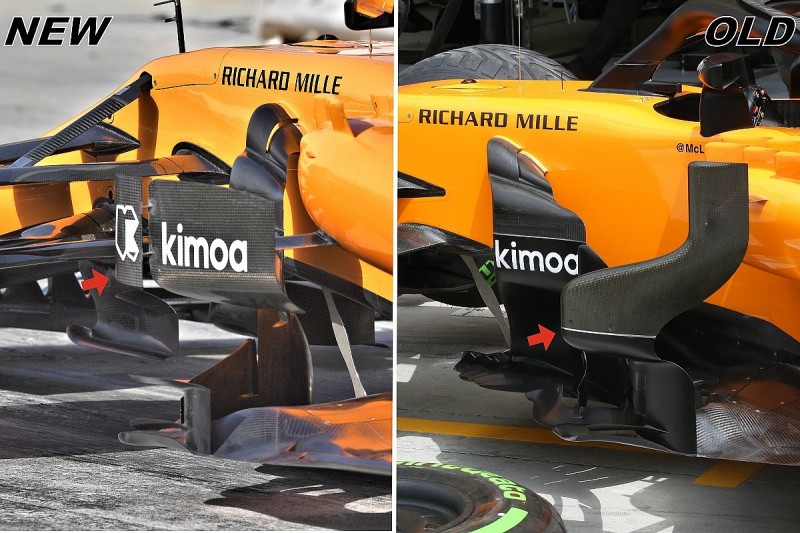 This could point to McLaren pushing down an identical development path that Red Bull went through last season - where it eventually unlocked some great potential but it took a while to get there.

Numerous iterations of its sidepod and bargeboards led the team towards a point where the RB13 actually became a challenger for Mercedes and Ferrari by the end of last year. 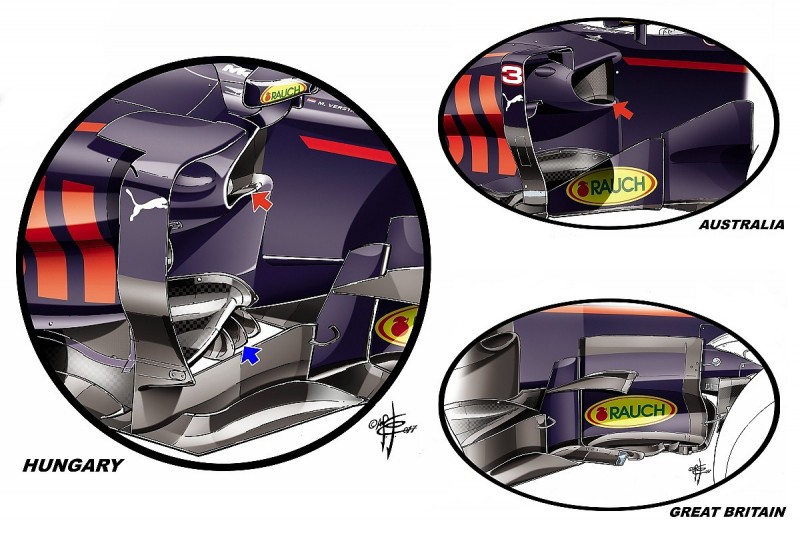 This was a multi-stepped programme, with Red Bull progressively improving the area ahead of the sidepods, with numerous bargeboard iterations being raced between Australia and Great Britain (right insets). It was Hungary, however, that was considered the biggest step forward for this area.

As part of a significant update the team introduced for the Hungaroring, new sidepod bodywork (red arrow), not only improved cooling capabilities but also resolved some aerodynamic inefficiencies it had been carrying.