Lewis Hamilton’s ultimate mission at the Mercedes Formula 1 team is unchanged since the day he joined: it is taking himself and his team to world championship glory.

But what is notably different between the current seven-time world champion and the driver who joined the squad back in 2013 as a single title winner is his approach.

His years of experience at Brackley, through many highs and lows, have given Hamilton a wealth of data to fall back on and the knowledge of where to focus his efforts.

Nobody is perhaps better placed within Mercedes to offer insight into how Hamilton has evolved as a driver than the team’s trackside engineering director Andrew Shovlin.

As the man who has been at the coal face in leading the engineering aspects of Hamilton and Mercedes’ title ambitions, he has noticed an interesting evolution.

“I’ve worked with Lewis now for a long time and he is a driver who has a really impressive feel for what the car is doing,” Shovlin told Autosport in an exclusive interview.

“If you can get the car where he needs it to be, we know far and well what he’s capable of. And, yeah, we’ve worked with each other for sufficiently long enough that we can have whatever conversations need to be had.

“We all like to think we develop as we go through our careers, and if you knew what you know today 10 years ago, then I think we’d all have been more successful.

“Lewis, as a driver, puts an awful lot of effort into looking for where that edge is going to come from. That constant searching for how he can emerge into a new season as an even better driver than the one that we had before is just borne out of his love of winning.

“He doesn’t want to be beaten. He’s very engaged with the engineering process now, he’s talking to all [engineering departments] – on the aerodynamics side, and vehicle dynamics side.

“He’s very familiar with all the people within the team and he knows where to go to ask questions and give feedback. Ultimately, it’s a problem that we’ll all solve together.” 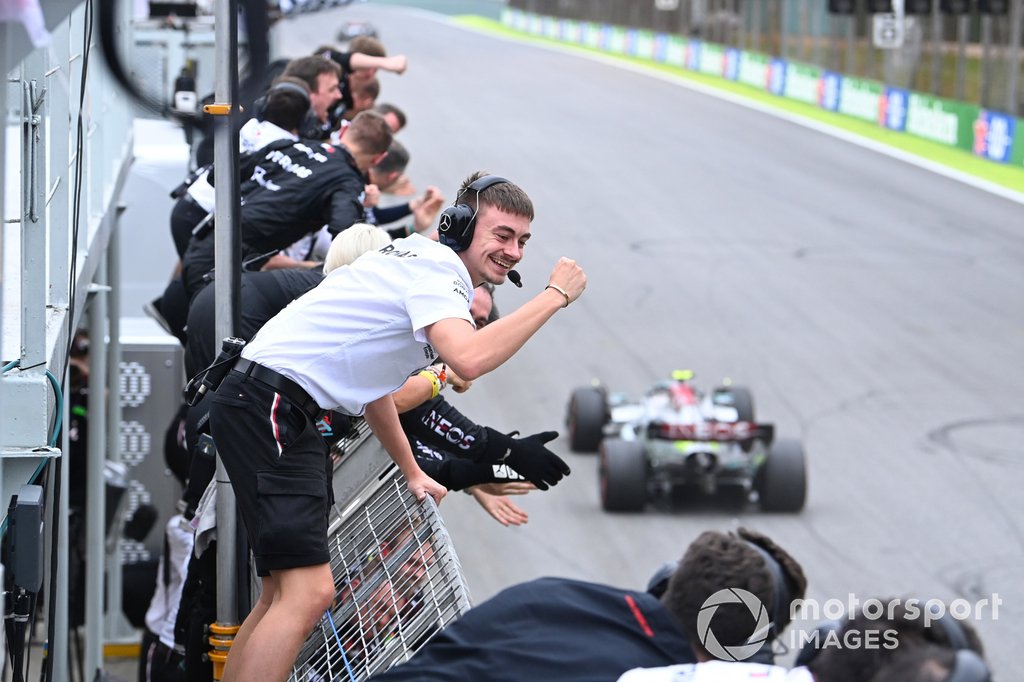 Shovlin thinks that where Hamilton has improved the most is working out which areas he needs to devote his key efforts to extract more from a car – and more importantly how to get the team to deliver what he needs.

“I think the mechanism by which he is always looking to improve has always been there, the difference is he has realised how much more he can draw out of the team and the people around him to help that learning and that improvement phase,” explained Shovlin.

“And that’s the thing: he’s become more and more comfortable and settled within the team, and confident and happy to go and speak to different people about different areas. He’s just drawing more effectively on the resource.

“But, ultimately, if he finds an area that he thinks he’s not good enough at, he just solves it by hard work.

“The amount of work a driver has to do these days out of the car, the homework – understanding what the tyres are going to do, what do I need to be doing to manage them well, how am I going to get them at the right window in qualifying – that workload is much higher than it’s ever been.

“And very often you’ll see Lewis as being one of the last drivers to, if not the last driver, to leave the paddock. He’s just going round and round, making sure he knows what it is he needs to do.”

Nothing tested the relationship between Hamilton and Mercedes more than last year’s tricky W13.

With the team battling to find answers to its early-season porpoising problems, there were some tough times inside the garage and engineering debrief rooms.

Shovlin adds: “In the early part of the year, there’s no doubt, whether you’re talking about Toto’s relationship with the engineering team or engineering’s relationship with Lewis, there was quite a lot of stress and pressure and anxiety, and difficult conversations, because we simply hadn’t done anywhere near a good enough job.

“I think for Lewis it was particularly challenging coming off the back of 2021. He knew how he wanted to respond in 2022 and we were unable to give him a car to allow him to play that role. And it was definitely a difficult time. But I think the process has been good for the team. 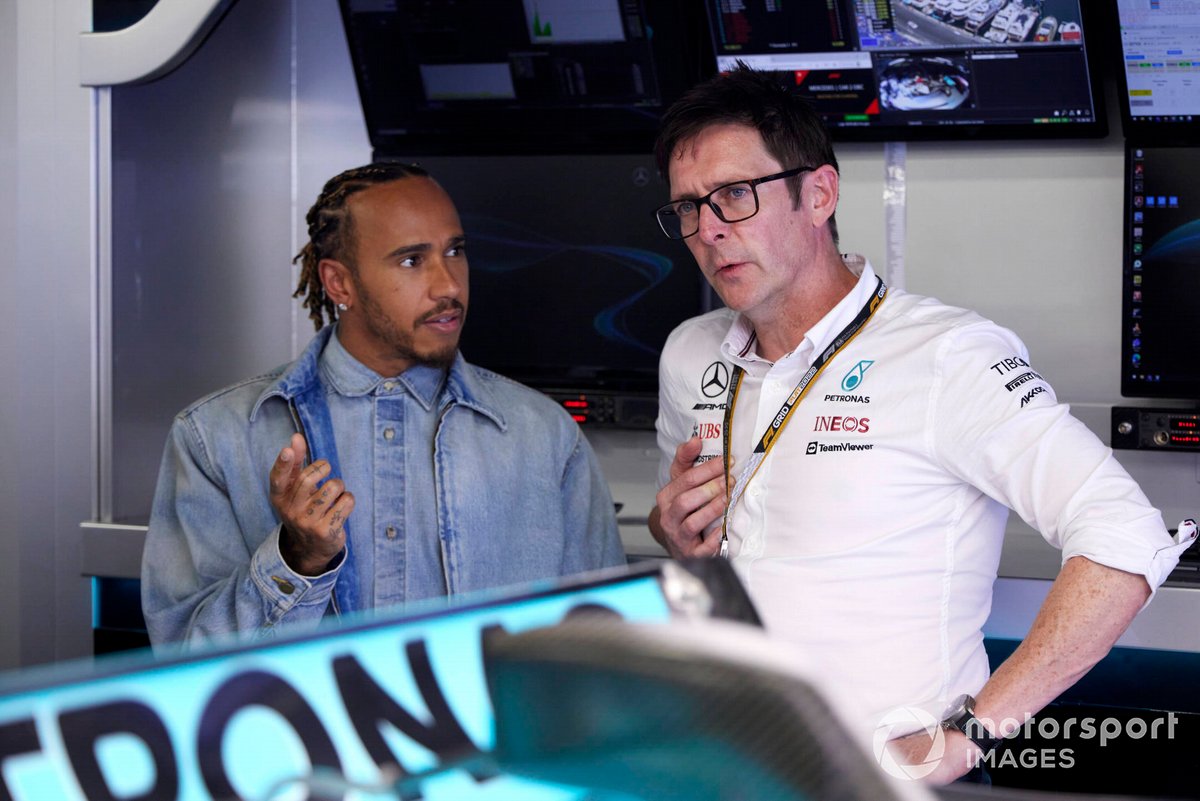 Lewis Hamilton in discussion with Andrew Shovlin in the Mercedes garage

“One of the biggest challenges we had was sticking together and working together, which we’ve come through well and I think the experience will serve us well further down the line.

“Tricky cars like that, on the back of a run of success, are quite a difficult thing for a team to deal with and it’s a case of working out: ‘what is it you do as an organisation that’s good that needs to be kept, and what is it that you do as an organisation that’s not good enough and you’ve got to change?’ And that, again, was a process that we were running through for a lot of the year.”

Shovlin does not hide from the fact that there were times when things got very extreme – but says getting through those moments has put Mercedes and Hamilton in good stead for the future.

“There were some difficult points where we know that the car that we gave them in Baku, in Montreal, in Imola and all those races – it was bordering on dangerous,” he said.

“And that certainly focuses your attention to make sure that we dig ourselves out of that position and start giving them something that they can race in again.

“But the whole team has been through a lot with Lewis, and it’s great that we have such an experienced driver when we’ve had such a challenging year.

“Hopefully, we’re now through the worst of that challenge and we can get on with the next challenge, which is hopefully fighting our way back to the front and fighting for championships.”