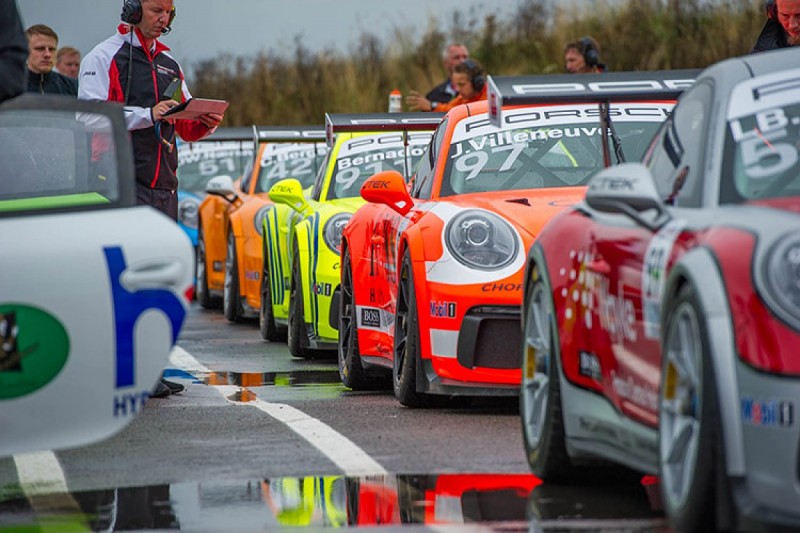 Jacques Villeneuve's 2019 includes a typically eclectic mix of outings in Euro NASCAR, Italian GT and Porsche Carrera Cup Scandinavia. But, as the 1997 Formula 1 world champion explains, there's more to it than a cheque waiting at the end of a weekend

Three hours' drive from a city few outside Scandinavia have heard of, Jacques Villeneuve is surrounded by royalty. Literally and figuratively. He is sharing a small awning with Prince Carl Philip, the man fourth in line to the Swedish throne. Skiing legend Ingemar Stenmark, a guest of Porsche, stops by and chats with the prince and Eje Elgh - European Formula 2 race winner and Le Mans 24 Hours runner-up. World Rally champion Stig Blomqvist can also be seen wandering the paddock.

It did not used to be alien for a Formula 1 driver such as Villeneuve to be seen at Karlskoga. Sweden's oldest permanent circuit, a converted dirt track, used to welcome the likes of Stirling Moss, Jim Clark, Jack Brabham and Jackie Stewart back in the day. Those glory years of non-championship F1 races are part of history now. But major work in the 1990s and 2000s has restored some shine, and efforts from Porsche Sweden have even brought an F1 driver back to the circuit too.