Monza always requires a bespoke Formula 1 aerodynamics package to make the most of its long straights and high top speeds by shaving off drag.

The usual approach with front wing design when it comes to tackling Monza is to reduce the frontal area and trimming off the upper wing flap.

McLaren enjoyed its best F1 weekend in over a decade, helped by its latent straightline speed, and its own development of the front wing featured a reconfigured upper flap to increase its advantage in the acceleration zones.

On the other end of the scale, AlphaTauri also introduced a low-drag front wing to find more speed on the straights - but the team's race lasted a mere five laps as Yuki Tsunoda failed to start with a brake issue and Pierre Gasly's car suffered from a hangover after his sprint race crash.

The team usually takes a radical approach to a Monza-spec front wing, having significantly reduced the wing camber in its last two visits to the circuit and loading the inboard part of the wing for downforce, but took a step further for 2021. 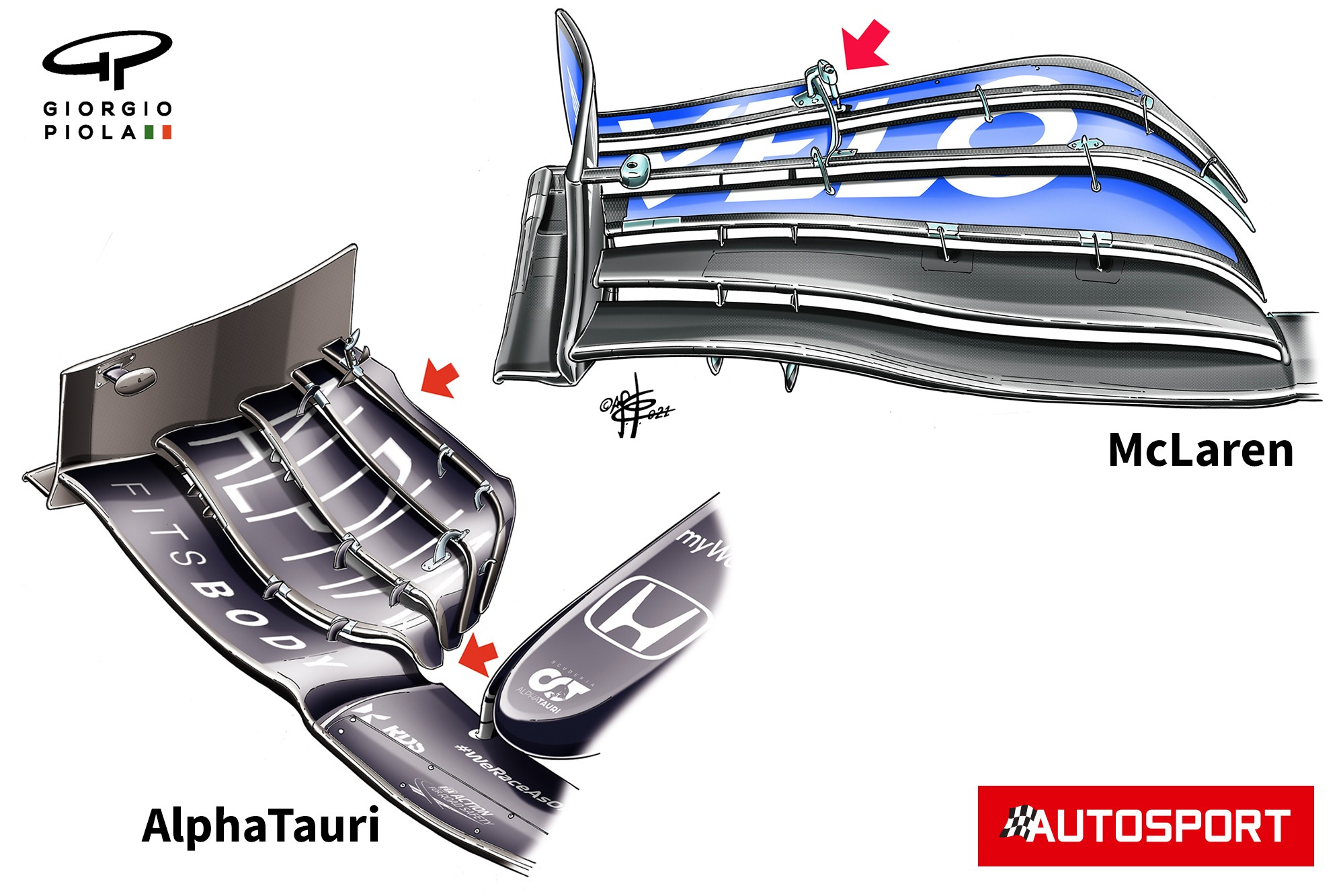 This time, it followed suit again, but also trimmed back the upper wing element's central portion to further cut back on drag and reduced the size of the inboard portion.

The other area frequently exploited for top speed gains at Monza is at the rear, where teams tend to employ a shallow rear wing set-up to further reduce the frontal area of the car.

Red Bull took its spoon-shaped rear wing to new levels, raising the mainplane higher and reducing the angle of attack for the upper element.

It also removed the curvature in the upper flap's trailing edge that it had at Spa, aiming to collect a few extra miles per hour on the fastest parts of the circuit.

Ferrari did the same, also reducing the chord length of the upper flap to allow the team to move the mainplane higher up.
Although Mercedes held the advantage in the speed trap, as Valtteri Bottas was 5kph faster than Sergio Perez, Red Bull still had an impressive turn of pace as the Ferrari duo factored towards the bottom of the list of highest speeds.

The SF21 is generally less impressive on circuits like Monza these days, having shown greater pace on the lower-speed circuits like Monaco and Hungary, but the team was still able to claim fourth and sixth at its home race. 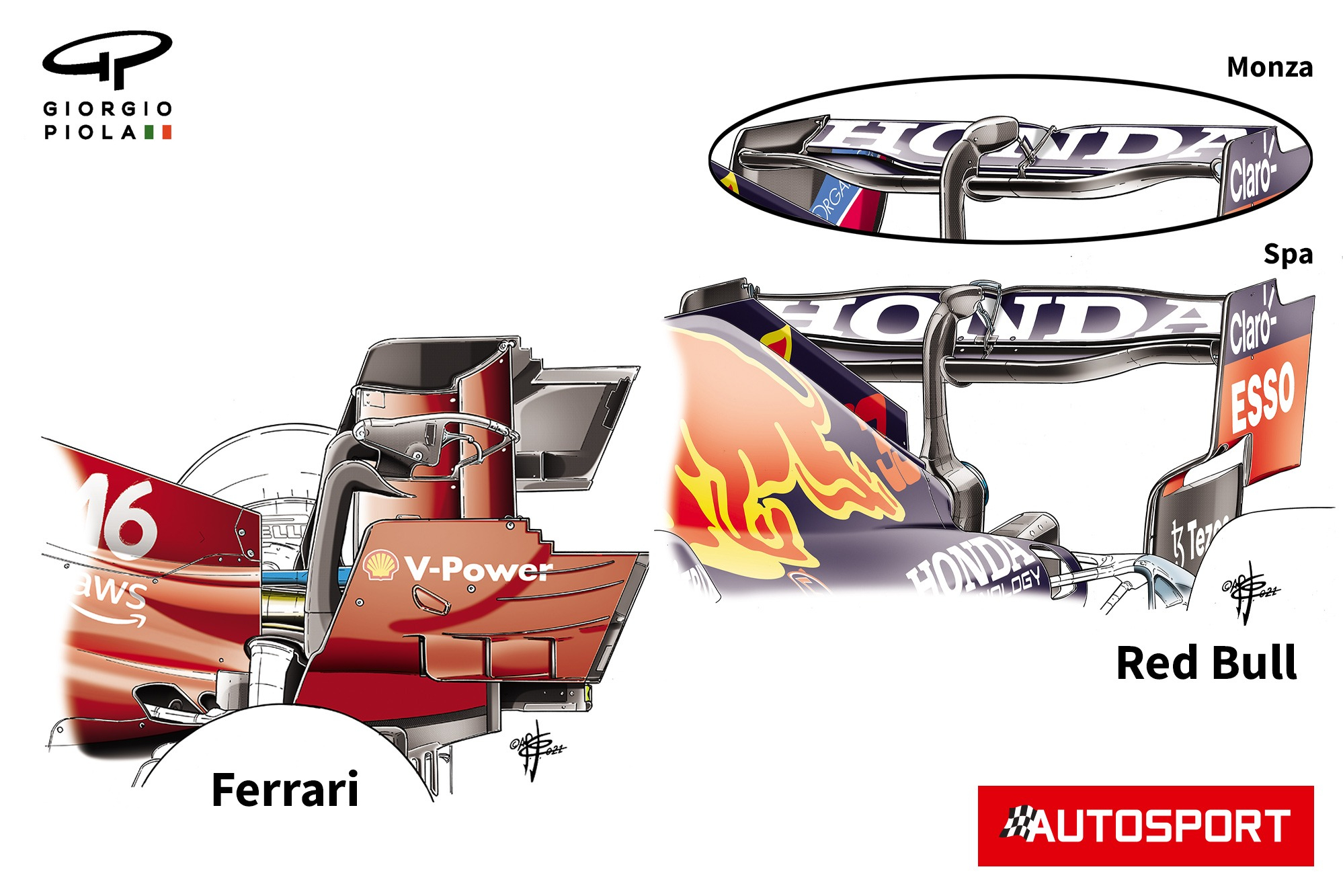