Lewis Hamilton says the final laps of his late Formula 1 Bahrain Grand Prix duel with Max Verstappen were "horrifying", as he feared keeping the Red Bull behind was impossible.

The Mercedes driver's third and final stint was 11 laps longer than Verstappen's equivalent, as the Black Arrows opted to take an aggressive strategy to get ahead of the polesitter.

The tactic worked, but Verstappen was relentlessly homing in on Hamilton throughout his final 17-lap run to the flag – passing the world champion on the outside of the controversial Turn 4 right-hander with three tours remaining.

Verstappen was immediately instructed to hand the position back as he had exceeded the track's limits in the process of passing and, although he closed in again on the Mercedes in the few remaining tours, Hamilton held on to take a 96th F1 career win.

When asked how the final laps felt in his cockpit during the post-race press conference, Hamilton joked: "It was horrifying!

"It wasn't great. I was struggling at the end with the rear end of my car, my rear tyres had gone off. I think [they were] maybe eight laps older or something like that to Max's tyres.

"So, I knew he was going to catch me with 10 laps to go and I was like thinking 'it's going to be almost impossible to hold him behind', which in fact it was, up until the Turn 4 incident.

"Then, after that, I was just able to just keep him behind, I managed to keep him in my wake.

"Well, he was right behind me, so then stuck in my wake, and it was difficult for him in certain places to get close and he ended up wide in some places, which gave me a little bit of an edge. It's a difficult track to follow." 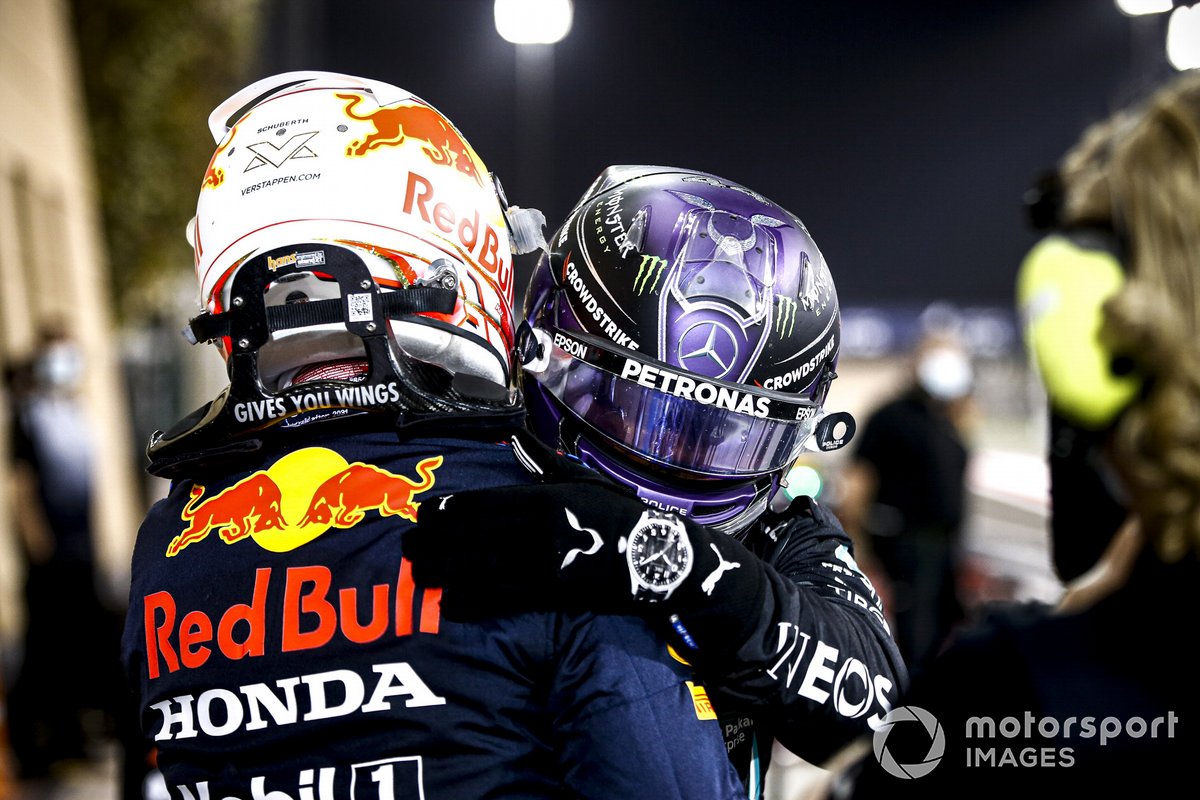 Despite the pressure, Hamilton said he "loved every minute" of his battle with Verstappen.

"Every minute of the weekend I've loved," he added. "Knowing as a team that we were behind in performance – these guys [Red Bull] have done a better job so far.

"And so, for us to come away with this result given the fact that we weren't the fastest this weekend is a real result."

Hamilton also explained that he was not certain he would hold on to win until the final tour of the 56-lap race.

He said: "Bono [Peter Bonnington, Hamilton's race engineer] just kept telling me how many laps were left! He was like 'three laps, two laps' and I'm like 'Bono, I can count! I've got it!'

"He's just nervous, but I'm grateful for Bono and his patience with me. I think it was really the last lap – there was a point, once I got through Turn 4 I knew that I was in a good position.

"But then oversteer out of Turn 10, nervousness out of 11, a snap oversteer in 13, which is a really bad one.