Perez tried to go around the outside of Norris at Turn 4 as they battled over second place following the early safety car restart.

However, Perez had no room on the exit as the McLaren stuck to the racing line, and the Mexican ran across the kerbs and through the gravel trap, dropping him down the order.

The stewards eventually handed Norris a five-second penalty for having forced Perez off the track.

Perez was later handed two similar penalties for having pushed Ferrari driver Charles Leclerc wide as they battled for position.

Horner did not believe that the incidents deserved sanctions, and he expressed concern that it could open the door for drivers to start running wide deliberately to try to get their rivals a punishment. 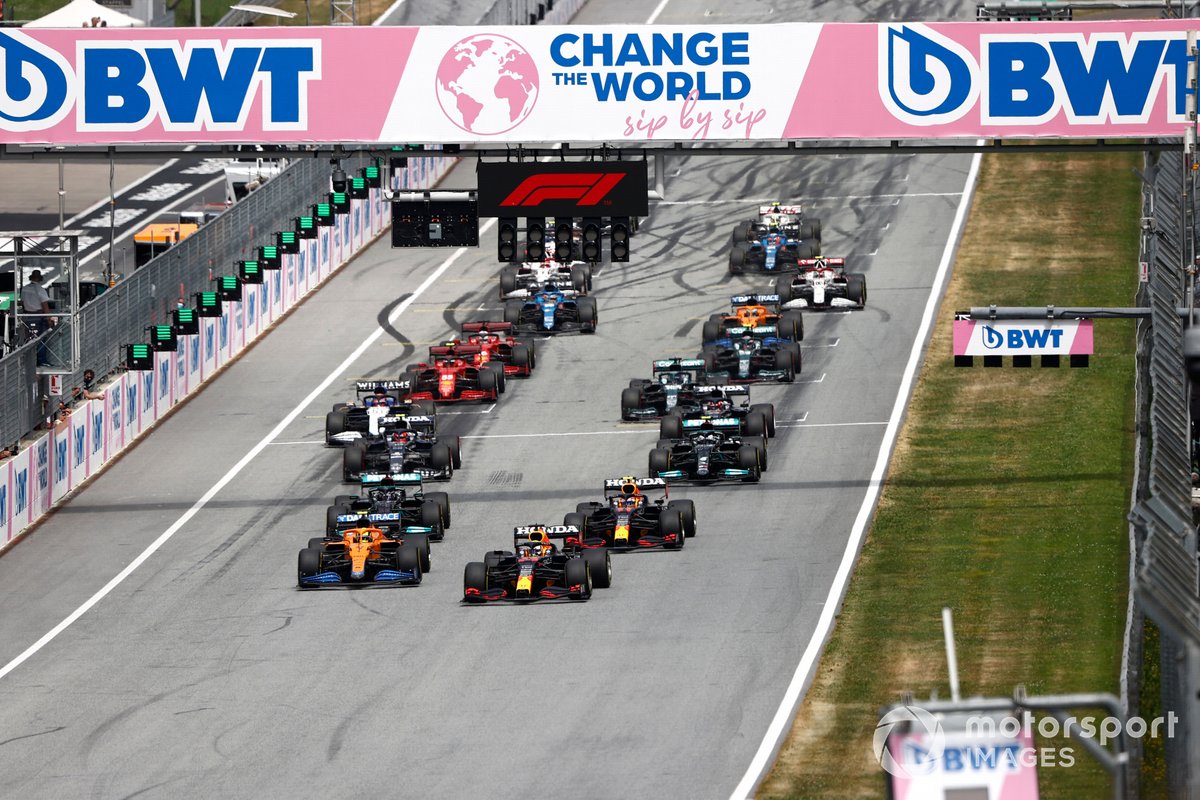 “I think I said in the commentary that I didn't have a major problem with the Lando move,” Horner told Sky F1. “It was racing. It was hard racing. It was wheel-to-wheel, so then to get a penalty for that, I guess they gave themselves no choice when he had the same with Charles.

“But that's racing. Otherwise, you're going to get drivers just chucking themselves off the circuit and claiming penalties. So it's a bit disappointing. For me, that's hard racing.”

McLaren team principal Andreas Seidl agreed that he felt the Norris incident was not worthy of a penalty.

“I also disagree with the penalty,” he said. “It is at the beginning of the race and, in Michael Masi’s words, you learn in karting already that if you go there you will end up in the gravel.

“I think with the cars being side by side, I don’t think that is a penalty. But let’s focus on the positives: it was sensational race and weekend from the team and Lando, and a sensational recovery from Daniel [Ricciardo]. I want to say a big thanks to everyone here at the track and at home.”

Norris eventually finished in third, with Perez’s 10-seconds of penalties meaning he was classified sixth.