Raikkonen and Vettel crashed at Turn 5 while battling for 12th place on the final lap, causing Vettel’s Aston Martin car to spear into the wall on the left-hand side of the track.

The incident led to double waved yellow flags being shown in the crash site on the final lap that many drivers had to pass through en route to the chequered flag.

Following a busy afternoon for the stewards, a spate of bulletins were issued after the race summoning eight drivers for allegedly not slowing down enough for the double waved yellows.

It comes on top of post-race investigations concerning both Vettel and Raikkonen for the last lap collision, as well as a second for Raikkonen for moving under braking.

Williams driver George Russell is also under investigation for moving under braking during his late fight with Fernando Alonso for 10th place.

It means that of the 19 drivers that took the chequered flag in Austria, 10 of them are under investigation. 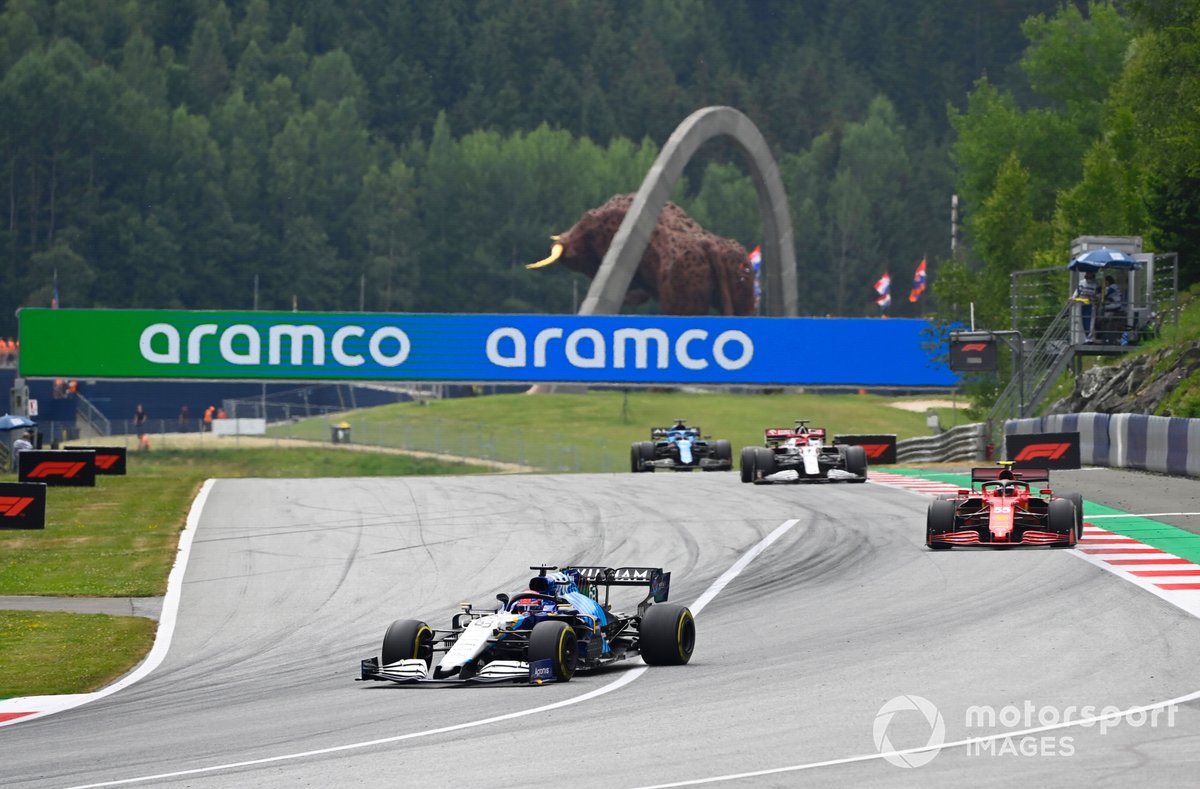 It leaves the results of the race as provisional, with Sainz, Perez, Ricciardo, Leclerc and Gasly being covered by just 4.7 seconds on-track.

It also lifted Perez’s penalty points count up to eight for the 12-month period, receiving four on Sunday.

Lando Norris has also received two penalty points for his early-race incident with Perez that saw him pick up a five-second time penalty.

He sits on 10 penalty points for the 12-month period, just two shy of a race ban, but two of those will expire ahead of the next race at Silverstone.

Yuki Tsunoda also received two five-second time penalties in the race for cutting the white line at pit entry, while Lance Stroll’s five-second penalty was for speeding in the pitlane.