Red Bull Formula 1 driver Sergio Perez says he wasn't comfortable with himself after forcing Ferrari's Charles Leclerc off the track twice in the Austrian Grand Prix, but stood his ground after his incident with Lando Norris.

Perez and Leclerc were squabbling for eighth place on lap 41 when Perez drove the Ferrari driver towards the outside of Turn 4 while the latter was attempting a move around the outside, which put Leclerc into the gravel.

Perez was soon hit with a five-second time penalty, but before he could serve it he shoved Leclerc in the gravel again, this time at Turn 6, and Perez received another five-second penalty from the FIA stewards.

After the race, Perez was apologetic for his defensive actions, saying he is "not that type of driver" and "not comfortable with myself" over the incidents.

"With Charles I'm very sorry, because that's not the way I like to race," Perez, who finished fifth on the road but dropped to sixth place in the Austrian GP, said.

"You know, I'm not that type of driver that races that way. We were on very dirty air, very hot tyres, very hot brakes. And we were just trying to brake as late as possible, obviously.

"I haven't seen the incidents, but I'm very sorry if I ended up affecting his race because Charles is a driver that races very hard, but always on the limit and I'm the same. So, I'm not happy with myself in that."

When asked by Autosport if he had spoken to Leclerc after the race, Perez added: "Yeah, basically, I said that what happened from my side but obviously it isn't enough.

"It's not nice when you have this type of issue, but he knows from my side that I'm not that type of driver and that I'm not comfortable with myself." 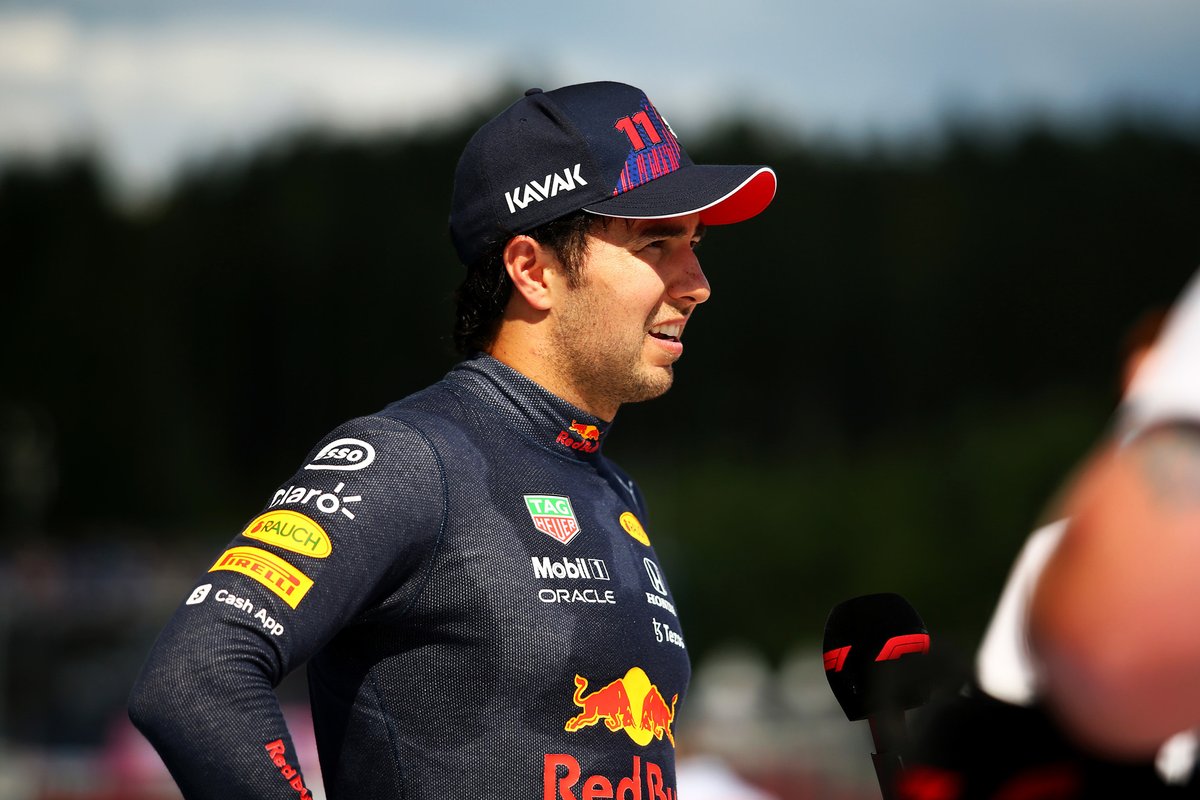 The first incident between Perez and Leclerc - who finished eighth for Ferrari - was a carbon copy of a lap 4 clash in which Perez was on the receiving end.

After an early safety car intervention, Norris and Perez were fighting over second place when the Red Bull driver attempted a pass around the outside of Turn 4, with Norris running the Mexican driver wide, which also cost the McLaren man a five-second time penalty.

Talking about the Norris incident, Perez stood his ground, saying he "felt like I was ahead" and that Norris was fortunate to escape without car damage.

"Yeah, well, basically with Norris it was lap 1. He got away with it, he didn't have any damage," Perez explained. "But obviously, next time can be very different.

"It's only lap one. I felt that I was ahead, and he just ran me out of the circuit, which was fair enough in racing."