Christian Horner says he would “keep my mouth shut” if he were Mercedes over Formula 1’s flexi-wing saga, saying the team risks opening a can of worms.

F1 arrived in Baku for the Azerbaijan Grand Prix with protests looming over the flexibility of teams’ rear wings ahead of new rigidity tests being introduced from the next race in France onwards.

Mercedes F1 boss Toto Wolff warned there could be a “very messy” situation in Baku if the FIA did not provide clarification on the matter, indicating teams may look to lodge a protest.

The FIA has taken steps to police the matter in Baku by telling teams to add yellow locator dots to their rear wings, allowing officials to check how much they are flexing at high speed.

When shown footage by Sky Sports F1 of Mercedes’ rear wing appearing to show some flexibility during practice on Friday in Azerbaijan, Horner said it “if anything, around here, looks at bit worse than ours”.

Horner added: “I’d be more interested to see the front of the cars than the rear of the cars.

“So you’re opening a complete can of worms, and that is why there are tests, there are stringent tests in place, that the cars are designed to comply with.”

Both Red Bull team principal Horner and team advisor Helmut Marko have aired concerns over the flexibility of Mercedes’ front wing at recent races, suggesting previously that a counter-protest could be lodged should Mercedes take action.

Horner felt that any concerns over the flexibility of the rear wings would also have to be applied to other parts of the car, bringing Mercedes’ front wing into question. 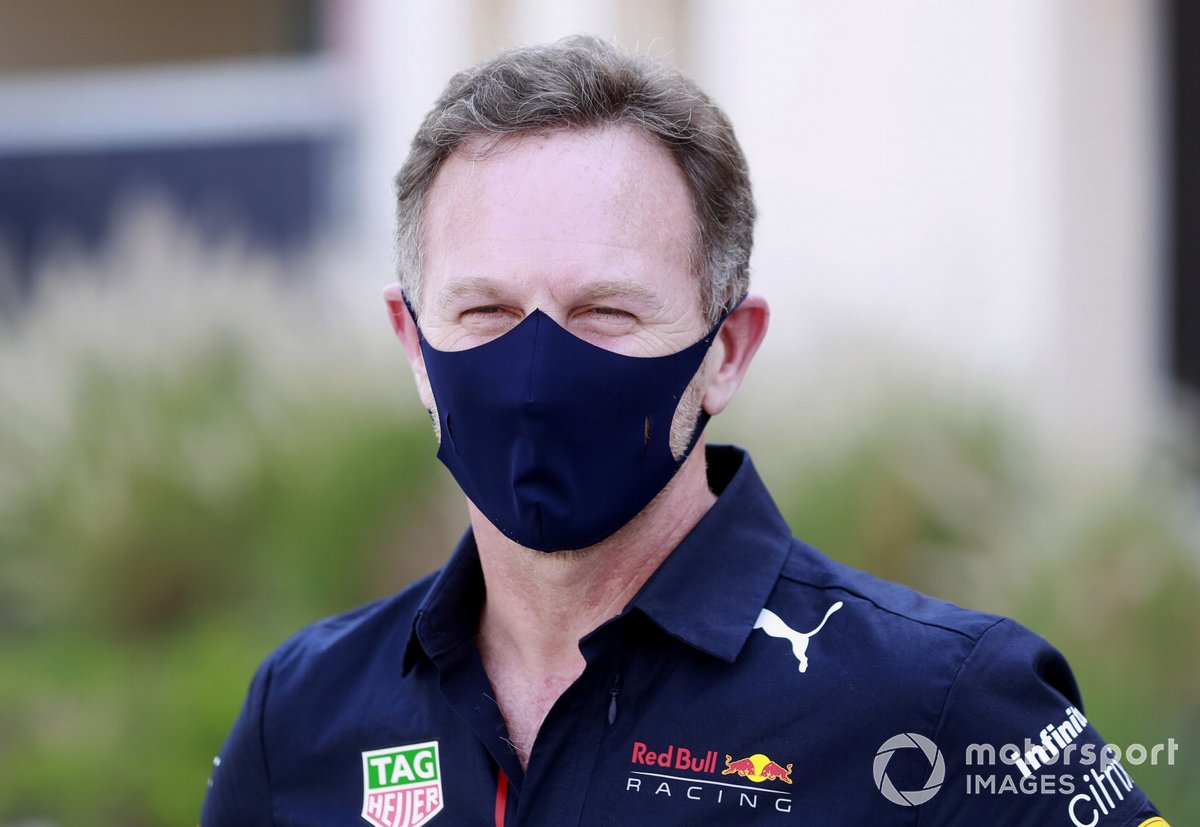 “A lot of noise has been made about the rear wing, and a lot of revisions have had to be made,” Horner said.

“So if you’re picking on one end of the car, you have to look at the other. You can’t look at one part in isolation and say that set of rules only applies to that element on that car.

“You have to look at all areas. Sometimes, you have to be a little bit careful what you wish for.”

Horner noted when shown a clip of the Mercedes front wing that “you can see the sponsorship on the front wing, and then it disappears as he comes into a braking area.”

“Maybe that’s what it’s for, it’s to expose the new sponsor on the front wing,” Horner joked.

PLUS: Why F1 shouldn't be too rigid about flexi-wings

Asked what he would do if he were in Mercedes’ shoes, Horner replied: “I think if I was Toto with the front wing he’s got on his car, I’d keep my mouth shut.”

A number of teams have already acknowledged they have been exploiting the loophole in the regulations relating to their rear wings, including Ferrari and Alfa Romeo.

Horner felt it was only natural that teams would push the limits of the technical regulations where they could.

“You’ve got some very bright technicians designing components to comply with the rules,” Horner said.

“That’s their job, that’s what we pay them for, that’s what Formula 1 is all about, that engineering ingenuity. If we want standard cars, then we’d be Formula 2.

“I think that’s part of what the competition in this sport is, pushing the boundaries. That’s what Formula 1 is all about.