Ahead of the Austrian Grand Prix, the FIA issued a new technical directive aimed at ensuring teams were not using automated sensors to speed up certain elements of their tyre changing processes.

From the Hungarian GP, F1 teams must ensure that the response of the car being lowered from its jacks and released from its pitbox are based on human reaction times.

There have been suspicions that some teams have found gains by using automated systems to remove the reaction time and therefore complete their stops quicker.

With Red Bull being F1’s benchmark team in terms of pitstop times, Horner is in no doubt that the new TD is part of an effort by rivals to try to slow his squad down.

But he has questioned the reasons behind the FIA move, and thinks that the imposition of minimum response times could end up causing more complications.

“I think that to have to hold the car for two tenths of a second, you could almost argue it's dangerous because you're judging your gaps,” said Horner.

“The guy that's releasing the car is having to make that judgement, and I think that it's not been well thought through.

“F1 is about innovation and competition. Seeing pitstops sub two seconds is a remarkable feat and we should be encouraging it, not trying to control it, otherwise where does it stop?

“We're going to be told which way to walk into the garage, where we should sit on the pit wall, and which buttons we should press I guess.” 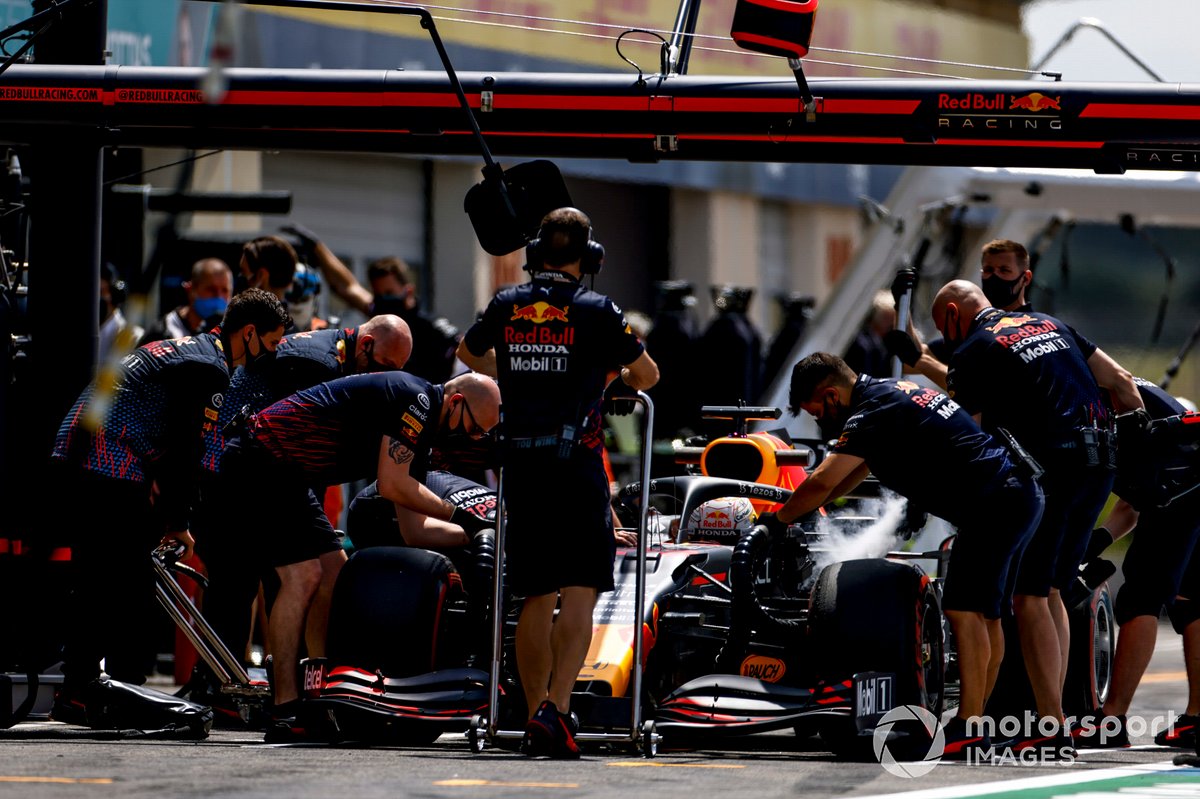 Horner has also questioned why the FIA needed to step in over pitstops at all, with teams already facing huge penalties if they do end up botching their stops.

“I find it a little disappointing,” he said. “It's the duty of the competitor to ensure that the car is safe, and the penalty for a wheel not being fixed is you have to stop the car immediately.

“So it's a brutal punishment, if you haven't got all four wheels securely and safely fastened. So what the technical directive is trying to achieve, I'm not quite sure because I think there's an awful lot of complexity to it.

“But of course when you're in a competitive situation, if you can't be beaten, then obviously the most logical thing is for your competitors to try and slow you down and that's obviously what's happening here.”

With Red Bull being the central focus of the FIA’s pitstop move, there have been suggestions that the change came about after a push from Mercedes to change the rules.

Mercedes team boss Toto Wolff says that is not the case, but he did confirm there was recent communication with the governing body over a system his outfit wanted to use.

“We inquired with the FIA on a safety mechanism, which is related to a system that we were using, and whether that could be optimised,” said Wolff. “That happened, I would say three or four weeks ago. And it was a technology question.

“So did that trigger anything else? Maybe. I don't know. But this is the question we've asked.”

F1 teams have a long history of trying to get devices other teams are using outlawed by proposing similar systems themselves that bring potential rule breaches to light.