Red Bull boss Christian Horner says the form book should be chucked away ahead of the next Formula 1 race in Mexico City.

Red Bull and Max Verstappen are widely regarded as favourites for the event, with the Dutchman having won in 2017 and 2018 and been fastest in qualifying in 2019 before he received a grid penalty.

However, after Verstappen won last weekend’s US GP in Austin – a track usually associated with success for Lewis Hamilton and Mercedes – Horner says it’s impossible to predict which of the title contenders will have the upper hand.

"I think you've got to chuck the form book away,” he said.

Horner stressed that the Austin success was significant for his team: "They are all important, but this is a big one, because this has been such a stronghold of Lewis and Mercedes.

“So to get the pole was a landmark moment for us, and then to convert into a win, even not leading on the first lap.”

He added that the team cannot become too confident, despite the Austin result extending Verstappen’s lead.

“You've got to attack. So 12 points is nothing, it can disappear very, very quickly, as we've seen previously.

“So we've got to keep attacking race weekends and get the most out of them that we possibly can. And five to go, the pressure only gets bigger." 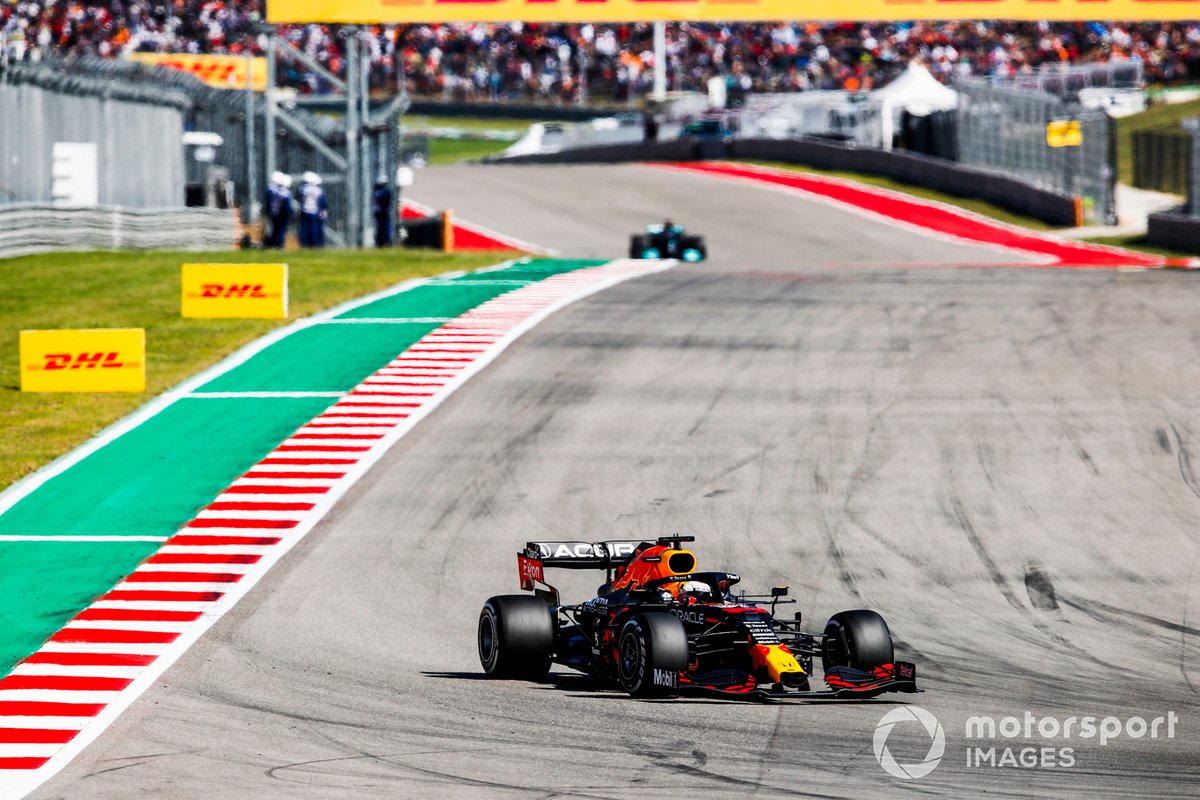 “But regardless of that we’ve still got to arrive with a car that is performing at the best of the car’s ability, and give a car to Lewis and Valtteri [Bottas] that allows them to do their best job.

“That is the only thing we are working on, we are not really worrying about where Red Bull are."

Asked if Mercedes could surprise Red Bull in Mexico, Shovlin said: “Honestly, if we can take the race to them like we did today that is probably the best case scenario that we can envisage.

“As I said we know we’ve struggled there in the past, and we know what we need to be working on in the next week or so, and that is what we will get stuck into.”