Honda has already made significant improvements this season since its difficult return to F1 last year, even though its home race in Japan last weekend was what Fernando Alonso described as "a nasty surprise" as the car did not suit Suzuka.

But with the lifting of the power unit development restrictions next season, Boullier believes Honda can take advantage of the lack of restrictions as it still has the most to gain, whereas Mercedes, Ferrari and Renault may be reaching their limits.

"The maturity of the Honda project [relative to other manufacturers] means it will keep growing up, and this is where the biggest gain will still be found," Boullier told Autosport.

"The engine regulations have one good point about them, and that's the quantity of fuel you can use, which means you limit the amount of energy you can use at any time.

"So there is a limit to this power unit development and we're heading towards a plateau, which is why there is a little more freedom in the regulations for us to catch up.

"Plus there is the fact Mercedes, Ferrari and Renault started developing their units in 2010; Honda started in 2013, three years later.

"So they are catching up, with much more gain to be found with this maturity, with this development. 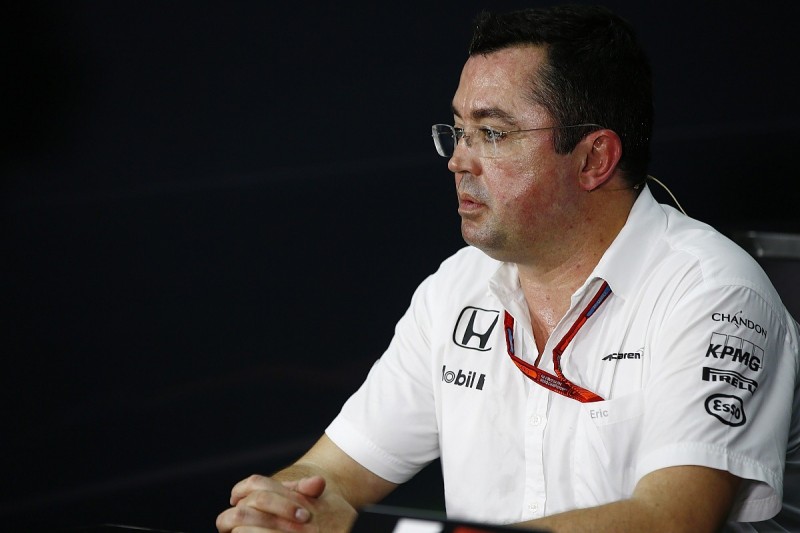 "Having the possibility to freely develop the engine will help us even more, to get to this plateau fast.

Alongside the freed up engine rules, the introduction of new aerodynamic regulations could potentially shake up the competitive order for 2017.

Boullier, though, is convinced McLaren will remain on an upward curve of improvement as he said: "I'm confident we will keep catching up.

"I know much more than you guys what's going on behind the scenes, and that makes me confident we will carry on catching up.

"Whatever happens next year we will close the gap, although I'm not making any predictions, no numbers, because we don't know what the others are doing.

"Right now we know exactly where we are compared to the others, and I could tell you next year where we will be more or less if we keep closing.

"But as far as we are concerned we know we will close the gap - definitely."