© 2021 Motorsport Network. All rights reserved.
TV Buy tickets Store
Previous / Toro Rosso F1 team has let itself down in 2016 - James Key Next / Why it's time for F1 to think single-make
Formula 1 / News

Honda chief Yusuke Hasegawa admits there is still a huge gap to rival Formula 1 engine supplier Renault due to the surprising progress of the French manufacturer.

McLaren-Honda has moved up the grid this season, putting it in a battle with Williams, Force India and Toro Rosso to be the fourth quickest team.

But Hasegawa conceded Honda is still last in the pecking order and has a long way to go to catch its rivals.

"We're number four," he told Autosport. "It is Mercedes, Ferrari, Renault and then Honda.

"We have a huge gap to Renault. I've been surprised by their progress. They have done a very good job.

"Next year, we're aiming to achieve the level of Mercedes engine.

"At this moment, I don't know if that is possible but that is our aim."

With the engine regulations remaining stable until at least 2020, Hasegawa suggested F1 could achieve engine parity before the end of that period.

"To achieve everything the same level, still we need another two or three years," he said.

"Mercedes are also improving, but from a scientific point of view, I don't think they have much room to improve in terms of power compared to us. That is natural.

"From our analysis, their numbers are incredible.

"From an analytical point of view, their power difference hasn't changed from the beginning of the season." 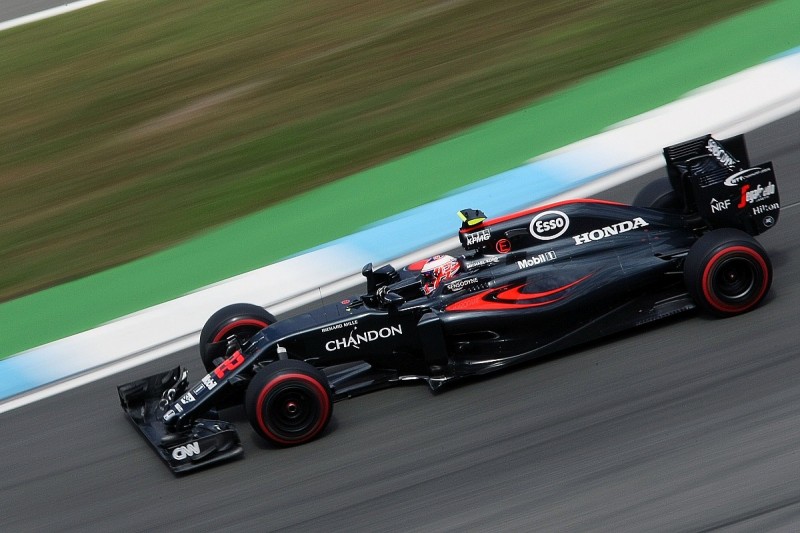 Hasegawa believes the abolishing of the engine development token system will remove the mental barrier Honda has come up against.

"Because there are no tokens, we can search anywhere the possibility to improve and we can choose the area to modify so that give us more freedom to consider," he said.

"The mental barrier was bigger compared to the actual modification limitations.

"The no token system removes the mental barrier for us."

Honda plans to stick with its "size zero" concept and evolve its current concept as it bids to continue making gains on its rivals.

"From the beginning of last year, our performance has been getting higher so we will keep this ratio for next year," he said.

"The next engine will be continuous steps from this engine, it's not a completely different concept.

"Compared to the other engines, our ratio of improvement is higher."

Why it's time for F1 to think single-make