Toro Rosso's form dipped significantly in China and Azerbaijan after Pierre Gasly scored the best result of Honda's return to F1 with fourth in Bahrain.

In Spain Gasly made it into Q2 for the first time since Bahrain but was wiped out on the opening lap, while team-mate Brendon Hartley recovered to 12th from a back-of-the-grid start after a complete car rebuild following his Saturday practice crash.

Honda's technical director Toyoharu Tanabe told Autosport his firm had been helped by an analysis of its energy management after weaker races at two tracks with very long straights.

Tanabe said: "We learned from the start to the end, and also applied our analysis from the previous race.

"I think, technically, we had a reasonably competent weekend. The actual race result was very frustrating. 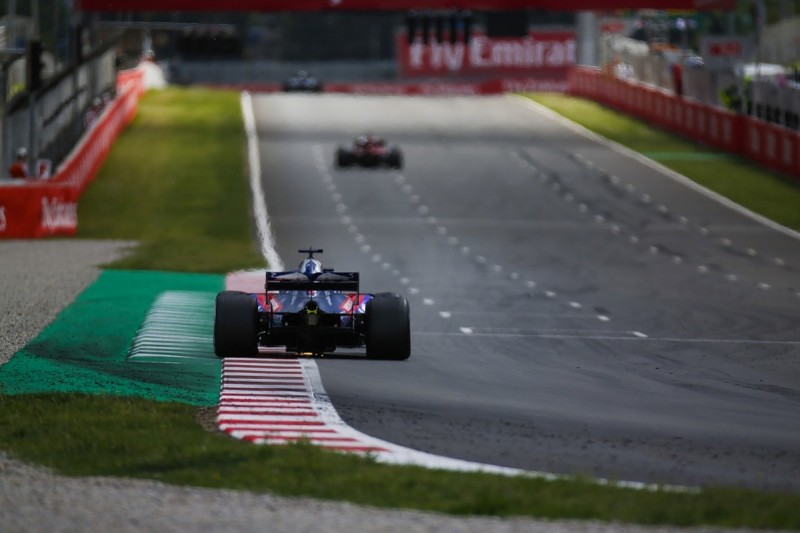 "It is difficult to measure [the improvement from the last race] because of the different track, if we go back to Baku and try it different we can tell you exactly in lap time and speed!

"We learned better energy management from Baku and applied several calibrations to maintain the race situation, so it looks OK."

Tanabe acknowledged Honda could only prove its progress with "a time or position, which is important for us" but the weekend boosted confidence that the company is back on the right path.

Toro Rosso's Friday form was not strong in Spain and both drivers complained about the balance of the car, before changes applied from second practice to Saturday morning boosted its competitiveness considerably.

"Initially we applied something from the previous investigation," Tanabe explained.

"Friday was not good, so we applied something different from what we learned, and we improved.

"It means we could understand directionally we are OK."