Honda believes the problem Brendon Hartley had in France is different to Pierre Gasly's in Canada, as it prepares to analyse a second failure for its upgraded Formula 1 engine

The Japanese manufacturer was expecting to be able to start investigating Hartley's replaced engine at its Sakura facility on Tuesday.

Toro Rosso and Honda sent the engine back to Japan after Hartley was forced to stop in Friday practice.

It comes two weeks after Gasly suffered a problem in Canada, where Honda introduced its new F1 engine specification that is based mainly around the combustion engine.

"We will start analysing from Tuesday in Japan. The countermeasure depends on the type of the failure - quality, or spec.

"We need to have a report from our base inspection, then we can understand how long it will take, or how difficult.

"We had two issues but it looks like they are slightly different. 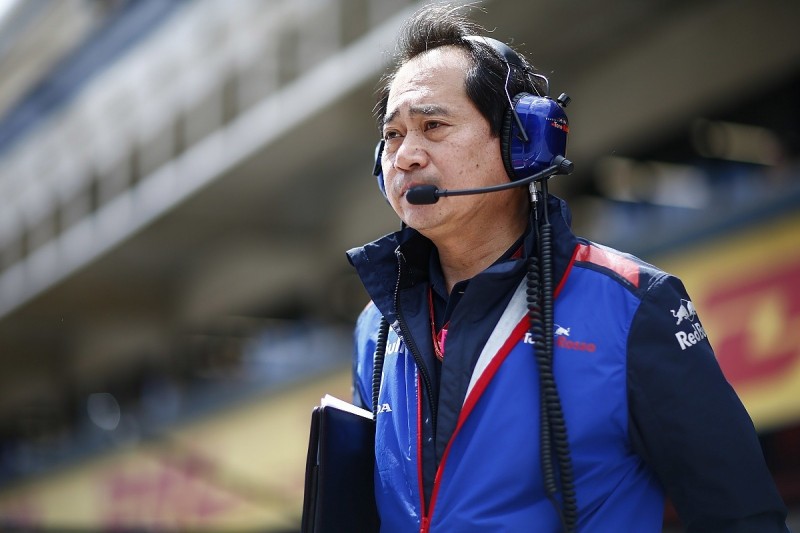 "But we need to find the root cause of this weekend's failure and try to fix it for the future."

Hartley's engine problem in France condemned him to a back-of-the-grid start and a difficult race, while team-mate Gasly retired on the first lap as Honda endured a "difficult and disappointing weekend".

Despite the second reliability concern in two race weekends Honda has been buoyed by the performance of its upgrade in Canada, which played a crucial role in convincing Red Bull to switch to its engines for 2019.

Gasly reported after qualifying that the new engine had not felt as potent in France and added that reliability is "still a bit of a question mark" having run the old spec in practice.

"I would have rather have full beans, maximum performance [all the time]," he said when asked by Autosport about reliability.

"We still need to do a lot of races with that engine, that's why we decided to save the mileage on Friday."

Tanabe said performance and reliability would remain equally important for Honda as it works on its final planned upgrade for this season before turning its attention to the 2019 specification.