Honda is considering the possibility of supplying the Red Bull Formula 1 team with engines next season, Autosport understands

The Japanese manufacturer returned to F1 this year with McLaren as its only team and so far the partnership has been sceptical about whether adding additional teams would provide a benefit.

Honda chief Yasuhisa Arai told Autosport last month that the priority was to achieve success with McLaren, which has struggled this season, before considering other options.

"I don't really want to think about it," he said in an interview for this week's magazine cover feature.

"I'm not saying I'm not ready, as I am ready, just I want to make McLaren-Honda work first."

Meanwhile, McLaren racing director Eric Boullier has said his team does not have a veto over Honda supplying others, but that any such arrangement was more likely to be in 2017.

It is understood Honda has received interest from Red Bull and is pondering a deal with the four-time champion team, but has yet to make a decision.

The company is aware that time is running short to put the required preparations in place to add a second team for 2016.

Red Bull is also in a race to confirm its engine plans for next season.

It is currently in talks with Renault about seeing out its contract through to the end of 2016, having previously requested the termination of the deal.

Regarding Red Bull's other options, Mercedes has declined offering the team a supply while talks with Ferrari so far have proved fruitless.

There had also been rumours in recent weeks that Volkswagen could enter F1 as Red Bull's engine supplier in the future.

Horner confirmed that there had been talks, but said the scandal over exhaust emissions in VW's road car division had taken precedence of late.

"There was discussion with VW Group, which obviously with their current issues, Formula 1 is probably the last thing on their minds," he said.

"There were other discussions which will become apparent no doubt in the future as well as other promises that were made, so it is an awful lot of speculation and conjecture about our situation at the moment.

"Once everything is formalised, I'm sure it'll become extremely clear."

Though Red Bull chiefs have intimated that the company could withdraw from F1, Horner said he was determined to prevent that from happening.

"For me it's not an option, we have to find a solution," he said.

"I'm working very hard to make sure the team is on the grid for next year and beyond." 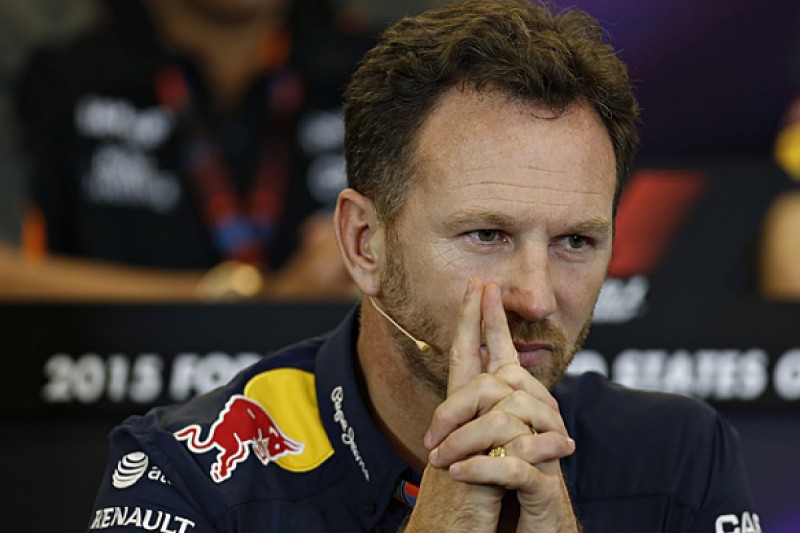