Formula 1 teams need to recover around half a second of lap time performance for 2023 thanks to floor rule changes aimed at reducing porpoising.

In the wake of the problems that a number of teams faced last year with excessive bouncing, the FIA intervened to try to eradicate the phenomenon.

As well as introducing a short-term fix by the use of an Aerodynamic Oscillation Metric (AOM), F1's governing body also pushed through changes to the 2023 technical regulations.

One of the key ones was a 15mm raising of the floor edges, which is aimed at discouraging teams from wanting to run their cars so close to the ground where the porpoising problem occurs.

Nikolas Tombazis, the FIA’s single-seater technical director, is sure that the rule tweaks were essential as he opened up on the kind of performance loss that teams could be expected to be hit with.

“I’ve got no doubt we did the right thing,” he said about the decision to change the rules.

“We tried to find a pragmatic, short-term solution and a medium-term solution. It won’t necessarily dissipate [porpoising] completely, but it will be a step less.”

Asked how much downforce teams will be expected to lose, Tombazis said: “Not too much. I would have thought they’re going to lose about 15 to 20 points of downforce which maybe corresponds to about half a second, or something like that. Maybe.

“But then of course development will probably exceed that.” 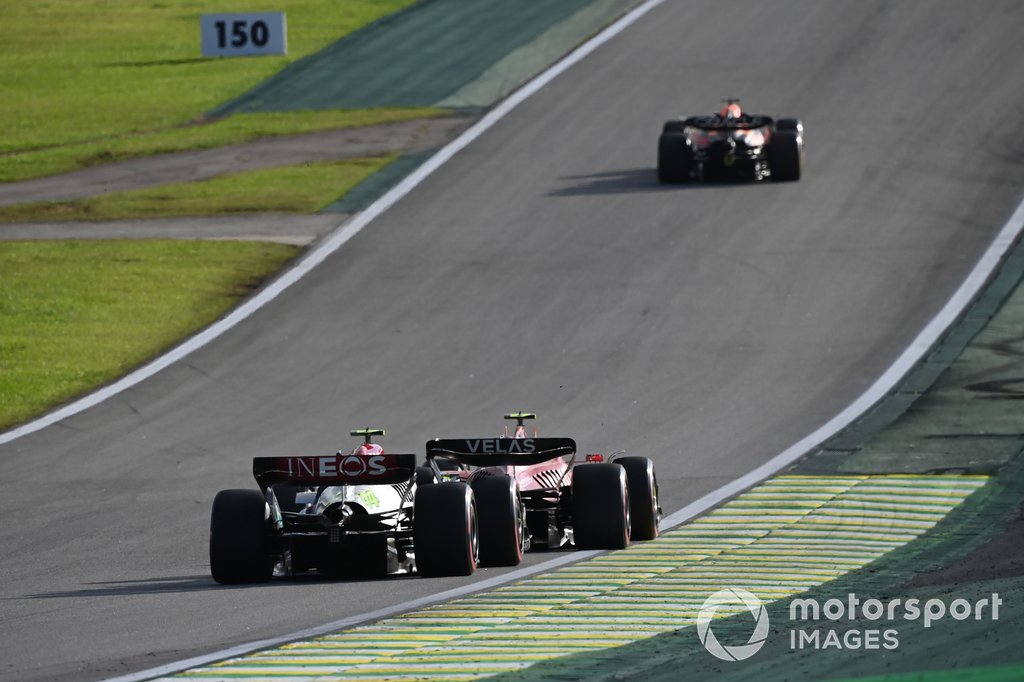 While a number of teams were completely caught out by the extent of the porpoising that the 2023 F1 cars suffered from, Tombazis reckons that nobody anticipated the scale of the issues.

“It caught everyone a bit by surprise,” he said.

“I had some smug comments from some people in our historic department and historic guys and so on. But in reality, nobody had actually predicted that properly.

“But once how the problem occurs is fairly well understood, we took some measures and, in the meantime, teams also learned a lot about it. I think overall, yes, clearly there’s been a massive, massive change since Baku, for example, when we know what happened.”

Although teams and the FIA do now have a better grip on the porpoising issue, Tombazis thinks it would be wrong to think that the problem will go away completely.

“I think it’s going to be reduced inherently with the changes,” he said.

“But whether exactly we will have gone far enough from the edge of it, or whether we’ll occasionally dip into it, we’ll have to see.”