Hartley has an improved internal combustion engine for this race and qualified 12th at the power-sensitive Montreal circuit, ahead of both Renault-powered McLarens and the Sauber-Ferrari of Charles Leclerc.

"The upgrade we have is a relatively small one in qualifying but where we really potentially made a step is for the race," said Hartley.

"That's going to be really exciting to see if we have the pace to challenge and fight on a track with a very, very long straight line and big demand on power."

The New Zealander does not have a complete set of new components because a Spanish GP practice crash put him off-cycle.

That means he still has the energy recovery systems from the races in China and Azerbaijan, where Honda's top-end weakness was exposed.

However, Hartley said that comparing the performance in Canada specifically to those two races left him convinced that with the new engine "the bigger step is in the race".

With a weaker energy recovery system Toro Rosso and Honda will be more vulnerable compared to rivals in qualifying, when the battery is charged and deployed in full over one lap.

This energy management process is more strategic in the race and Honda revised its approach after Azerbaijan, so an improved combustion engine will likely have greater impact in race trim. 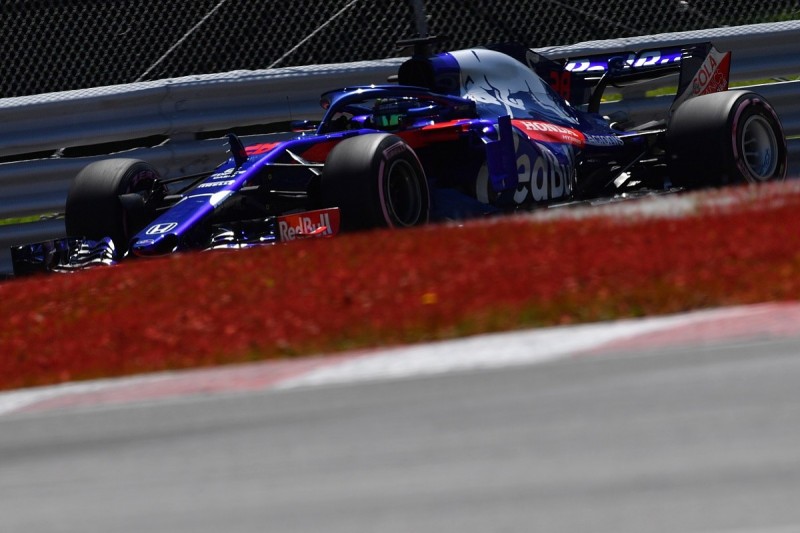 "Everything has been positive from my side of the garage," said Hartley.

"I know I don't have the upgraded MGU-H that Pierre [Gasly] had, but everything's been running smooth on my side of the garage."

While Gasly has been able to take a complete set of engine components, unlikely Hartley, he has had to revert to the previous engine package after suffering a loss of power in FP3.

Gasly said that setback has at least allowed Toro Rosso and Honda to validate the scale of improvement in its upgrades.

"Now we have an exact answer about the differences, and we clearly see the upgrades are better," said Gasly.

"In the end it is good, but it is just a bit painful to be in this position because I think we had a good opportunity with the upgrades and I cannot make the most out of it."

Gasly will start 16th and blamed being knocked out of the first part of qualifying on losing time at the weighbridge, where "it was all a bit messy".

"When we went back on track we were not in the same sequence as the others so I picked up two slow cars," he said.

"It lost me two and a half tenths, which was enough to put me in Q2."