Mercedes technical director James Allison said there was "no doubt" Red Bull had emerged as a title threat after lagging behind both Mercedes and Ferrari for the majority of 2017.

Daniel Ricciardo set an unofficial lap record of the Barcelona circuit on Wednesday, before Sebastian Vettel bettered that effort on the penultimate day of pre-season testing on Thursday for Ferrari.

Hamilton, who was only ninth-quickest on Thursday after focusing on long runs in the afternoon, said the evidence from testing indicated the title fight would be close in 2018, and that Red Bull in particular looks menacing.

"The ultimate goal is that we hopefully have more teams fighting for the championship," said Hamilton. "That's only good for the sport.

"I think Red Bull could be a real challenge this year.

"Their car looks great, and I've not really seen anything of the Ferrari but I'm sure that's good as well. It's really exciting."

Like Hamilton, Ricciardo's Red Bull team-mate Verstappen did not elect to focus on single-lap pace on Thursday. The Dutchman said Red Bull's goal would be to get within three tenths of Mercedes' qualifying pace in order to challenge the Brackley squad.

"Once we are within three [or] four tenths, in qualifying, then at least you can fight them [Mercedes] in the race, because normally in the race it should be a bit closer.

"We're definitely targeting to be within those three tenths." 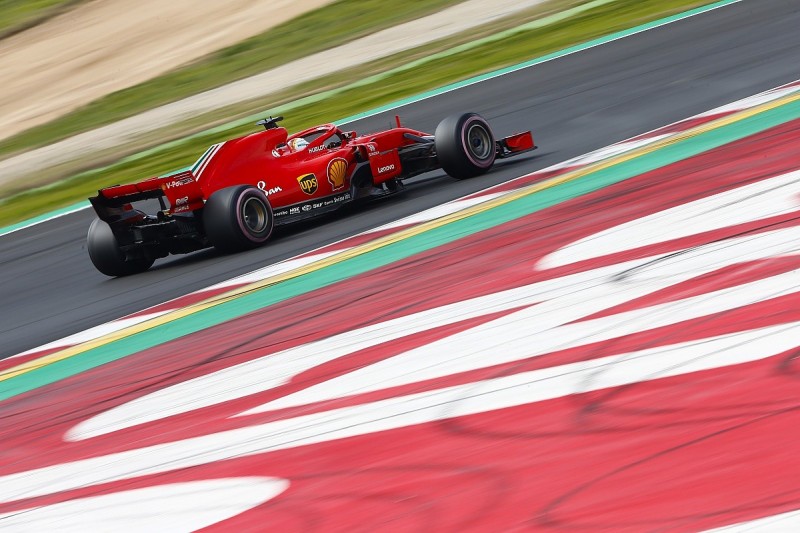 Hamilton dismissed Vettel's session-topping time as "irrelevant", but said he hoped Ferrari would be also be in the fight come the start of the season.

"What matters is where we are in qualifying, in Q3 in the first race, when everyone's on lower fuel.

"We've not been on lower fuel yet, so I have no idea where the car can go.

Asked about Vettel's lap, Verstappen replied: "It's a good lap time, for sure.

"But we knew that they were going to be strong anyway, and Mercedes will be very strong as well. We just try to be very close."