Sebastian Vettel believes Ferrari still needs to find more performance from the SF71H, despite setting a record lap of Barcelona on the penultimate day of pre-season Formula 1 testing

Vettel played down topping Thursday's timesheet by more than a second and insisted it was still too early to draw any conclusions about how Ferrari will shape up against main rivals Mercedes and Red Bull come the first race in Australia.

"We still need to work on the performance and the feeling," said Vettel.

"I think it's the wrong conclusion to look at the time sheet - there's more too it than a good lap.

"I think today the track was quite fast [and] we ran a little bit different programme to others.

"Mostly we did a lot of laps - after the race sim we still did a good chunk of laps.

"That's important in understanding the car, to know what we need.

"There are some things we still need to get on top of, so it was important to run."

Vettel said Ferrari "still have some stuff to understand" about the way its new car is performing, as team mate Kimi Raikkonen takes over for the final day of pre-season tomorrow.

"I'm pretty happy with the laps I had with the feeling I got for the car, which as I said improved," Vettel added.

"We understood it a little bit better. We still have some stuff to understand, which we're not sure about, but it's normal.

"The track's different, the surface is different, makes it a bit hard to compare [to 2017], but it feels like a step forward.

"It all depends where the others are, and we'll find out in the next couple of weeks." 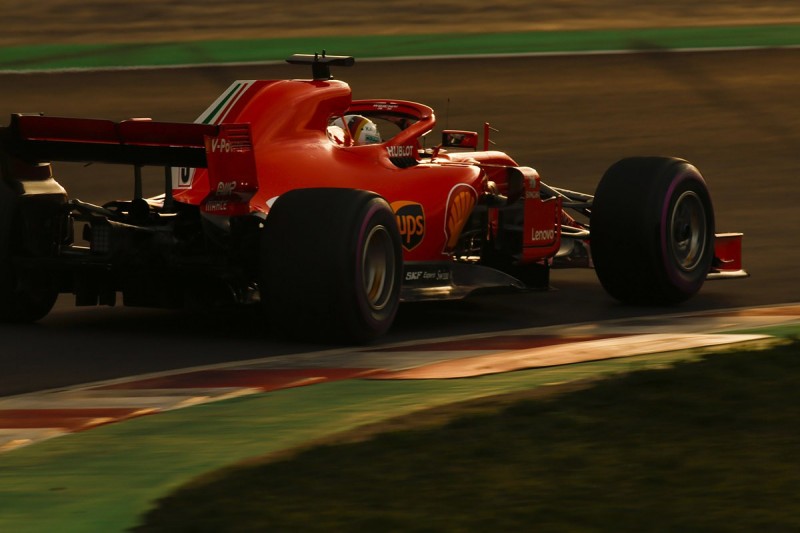 Vettel reserved praise for the new car's reliability, after running 188 trouble-free laps, stressing that could play a big role in the championship battle again this year.

"In terms of reliability it was rock solid - we didn't have any major issues or major concerns, so hats off to all the guys in the factory," Vettel said.

"There's so much planning involved - you want to squeeze out everything, equally you want to be safe enough.

"Fingers crossed it stays like that - I think it's a major ingredient if you want to do well."