Lewis Hamilton says suggestions he deliberately held up the Red Bull drivers late Formula 1 qualifying at Budapest are “so silly” and insists he does not deploy gamesmanship “tactics”.

Provisional polesitter Hamilton led Max Verstappen and Sergio Perez around ahead of the final runs in Q3 – behind his team-mate Valtteri Bottas, who ended up qualifying second to Hamilton – where both Mercedes drivers appeared to drive slower than might have been expected.

Hamilton ran very slowly through the pitlane once Verstappen had been released into his wake, while Bottas backing off ahead of the final turns meant Verstappen only just made it through to start a second Q3 run. Perez missed out but remained fourth after the final runs, where none of the top four positions changed to ensure Hamilton of pole.

Red Bull team boss Christian Horner described the events as “a bit of gamesmanship” that was Hamilton’s “right to do” in comments to Sky Sports F1 immediately after qualifying finished at the Hungaroring.

OPINION: Why the tension between Mercedes and Red Bull won’t ease off

But the world champion explained that tactics had not been a factor, and Mercedes was merely trying to leave a gap in anticipation of the Q3 runners up ahead approaching the final turns of their respective warm-up laps at slow speed, as is typical at Budapest to try and preserve tyre life for flying laps.

When asked by Autosport about Horner’s comments, as well as a Tweet by former F1 driver Romain Grosjean apparently in reference to Q3 which read “If that was made on purpose, it’s not pretty...”, Hamilton replied: “I mean, it’s so silly man.

“Everyone was going slow – did you not watch everybody else? I don’t understand. Do you think I could’ve gone quicker and then been just closer to Valtteri?

“I mean, everyone was doing a slow out-lap. It was no different, really, to any other lap.

“Of course, each time we’re going out we’re trying to prepare the tyres and keep them cooler because they get so hot throughout the lap. 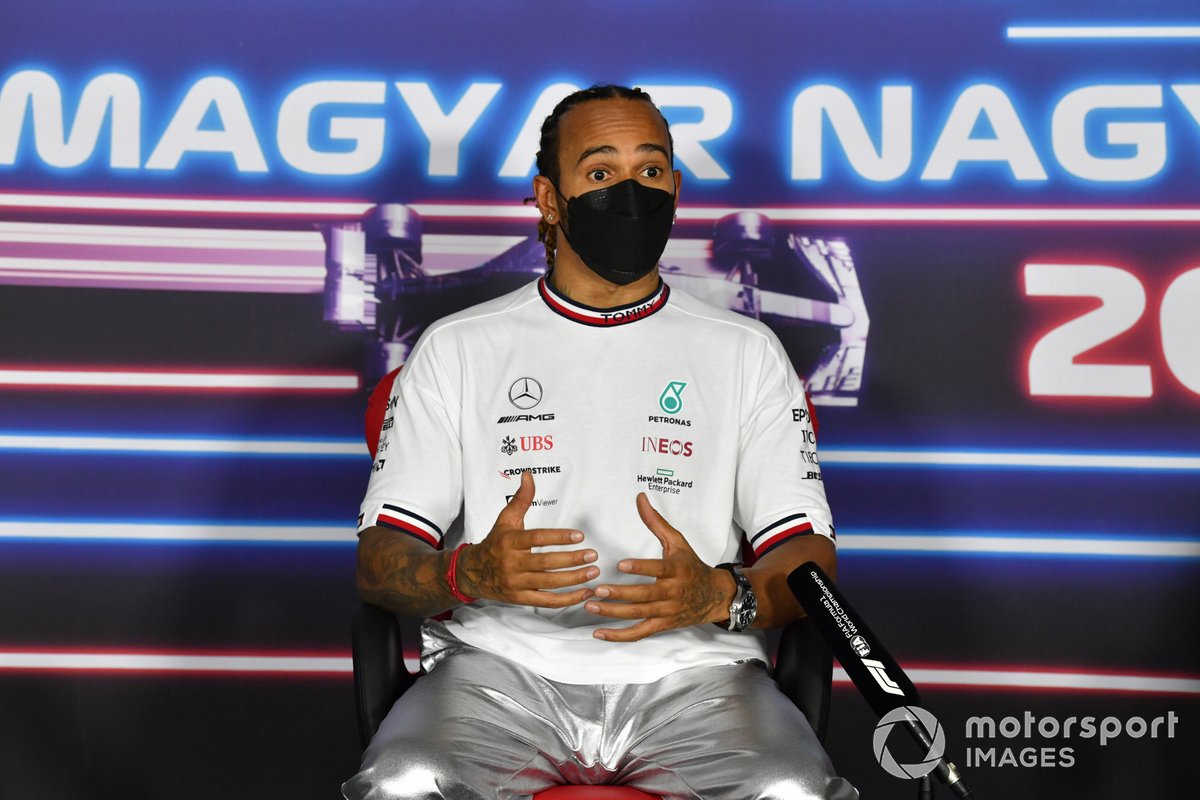 “I weren’t playing any tactics. I don’t need to play no tactics, man. I know what I’m doing in the car and it’s fast enough, we don’t need to add tactics.

“So, those that are making the comments really don’t clearly know anything about the job that we’re doing here, which is probably why they’re not driving here.”

A Mercedes Tweet clarified: "Lewis' final Q3 outlap was faster than his previous outlap, and middle of the range overall through quali. He did a couple quicker and a couple slower."

Explaining his slow driving in the pitlane and pit exit, Hamilton said: “We were one of the last of the cars out.

“I knew that ahead of those guys, ahead of Valtteri and whoever was ahead of him, would all bunch up towards the end of the lap, so I tried to make as big a gap as possible.

“And then even still with that at the end of the lap we still had to pull back off and wait for everyone to get going.

“So, [I was] just trying to make sure that I had the best gap ahead of me. But, ultimately, I think now of us probably had the best tyre prep for that lap because everyone was going slow.”

Hamilton also suggested that his final warm-up lap “definitely wasn’t perfect”, as his subsequent flying lap ended up being 2.335s slower than the “beautiful” lap he had produced at the start of Q3 that was ultimately good enough for pole.

“Right towards the end [of the final Q3 warm-up lap I] just probably lost too much temperature in the tyres – in the fronts,” he said.

“So yeah, at the start of the lap just wasn’t great and it didn’t really seem to get better later on through the lap. But I’m really grateful the team worked so hard to get the car where it is today.”