The Mercedes and Red Bull cars will head into the race on split starting tyre strategies after Verstappen and team-mate Sergio Perez – who missed setting a final Q3 lap at the back of the queue as the Red Bulls trailed behind the slowly touring Mercedes drivers on the final warm-up lap – used the soft tyres to set their best times in Q2, where Hamilton and Bottas got through on the mediums.

After Verstappen had topped Q1 and Q2, Hamilton led the way after the opening runs in Q3, with a 1m15.419s, as his title rival was unable to match his best time from the middle of qualifying.

The 0.565s gap Verstappen faced to Hamilton left Bottas with the chance to slot in ahead in second, which he did.

Ahead of the second and final Q3 runs, Verstappen emerged from his garage right behind Hamilton, who drove very slowly down the pitlane and early and then late in the final warm-up tour as he stayed ahead of the Red Bull.

With the clock ticking down as a result of the slow preparation-lap driving, Verstappen only just made it across the line to start a second Q3 flier, while Perez missed out but held onto to fourth in any case. 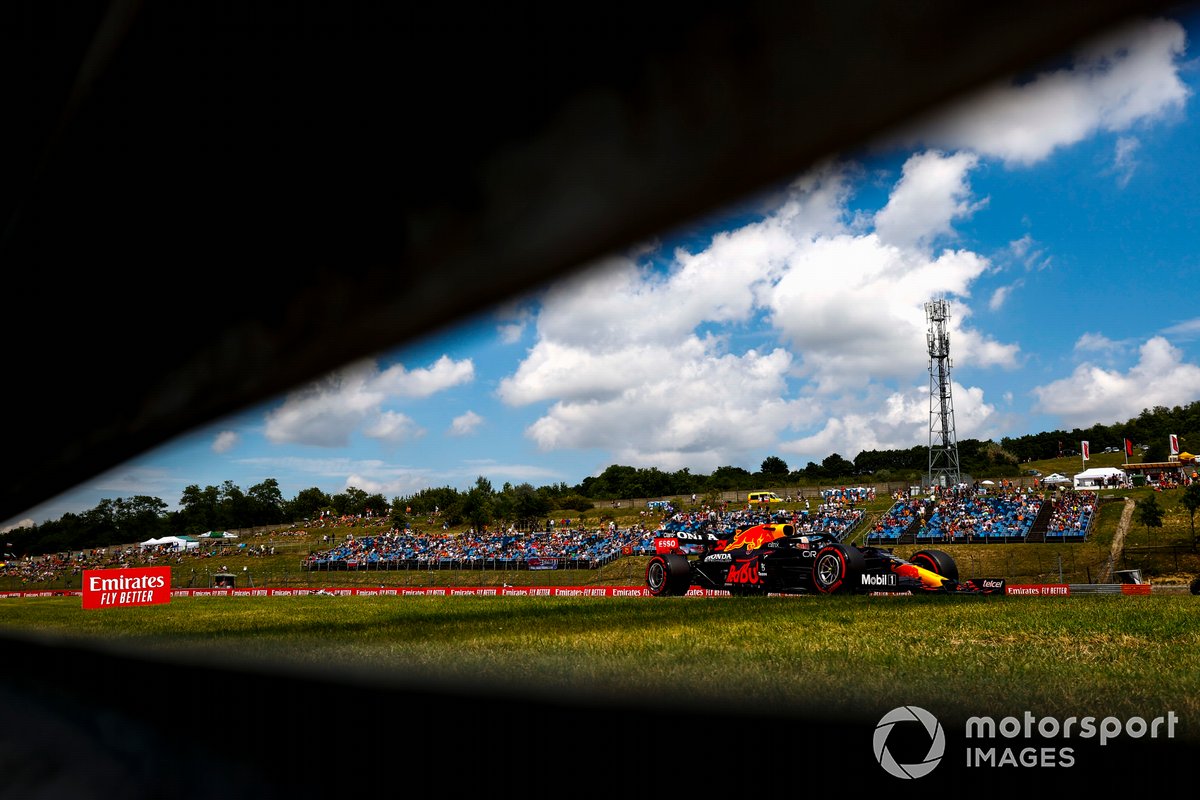 But the slow warm-up lap tactics backfired for Mercedes in terms of its drivers improving on their second goes, as Bottas - who led Hamilton around - did not go quicker and nor did the world champion.

But while Verstappen did improve to a 1m15.840s, it wasn’t enough to get him ahead of either Mercedes car, with Hamilton’s pole secure ahead of his team-mate.

Pierre Gasly beat Lando Norris and Charles Leclerc to fifth for AlphaTauri, with Esteban Ocon and Fernando Alonso eighth and ninth for Alpine.

Sebastian Vettel rounded out the top 10 after running an off-set Q3 strategy, completing his 1m16.750s on a solo run in the middle of the final segment.

In Q2, where Verstappen went quickest after switching to the softs, Vettel’s late improvement knocked out Daniel Ricciardo, whose personal best on his final lap in the middle segment was not enough to get him through to Q3.

Lance Stroll took 12th in the second Aston Martin to finish ahead of Alfa Romeo pair Kimi Raikkonen and Antonio Giovinazzi – who was given a reprimand for impeding Gasly in FP3, while his team was fined €5,000 for the incident where Giovinazzi clipped Stroll’s right-rear while exiting the pitlane in final practice.

The other driver eliminated in Q2 was Carlos Sainz Jr, who lost the rear of his car running through the final corner on his first timed lap in the opening segment, with the Ferrari sliding sideways across the runoff area and slapping the barriers side-on.

He was able to drive away as the session was red flagged, but soon stopped after his front wing broke off and became trapped under the car. 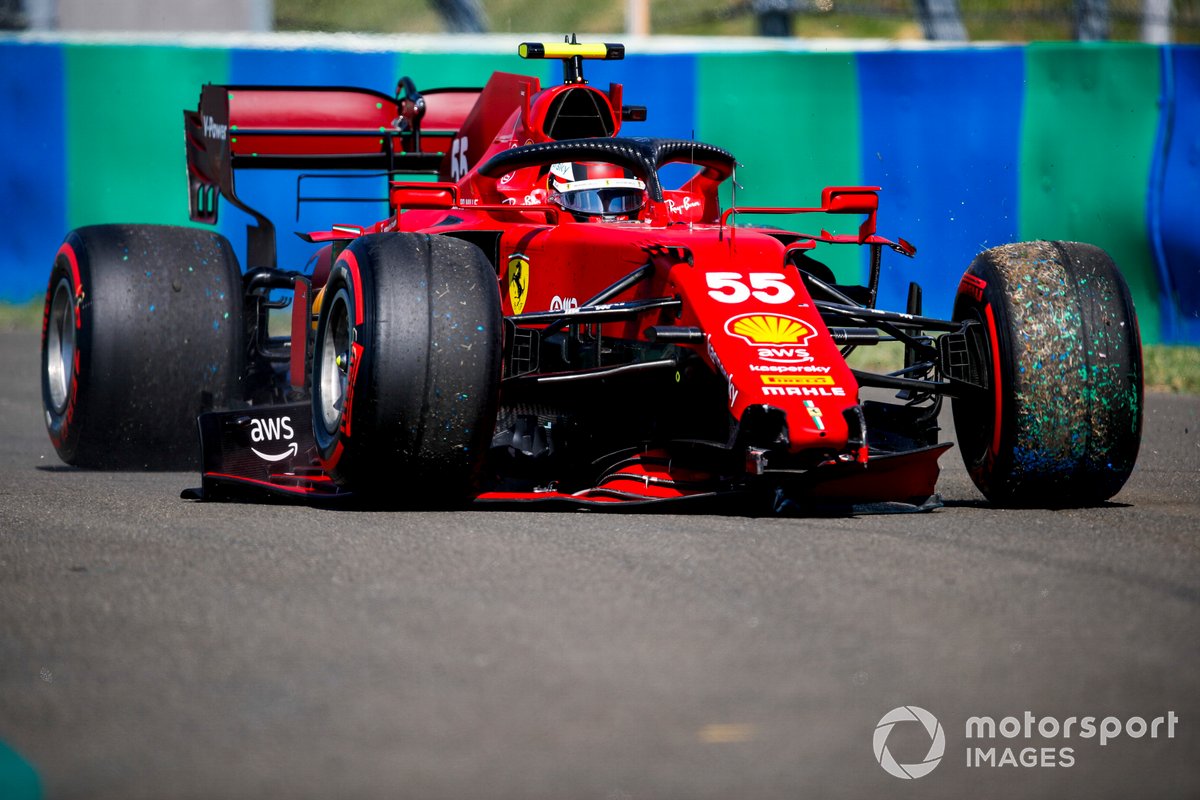 Although Sainz did pull away again after sitting in his car for a few minutes, but he eventually turned the engine off and climbed out, ending Q2 in 15th without a time set, and after Sainz had appeared to impede Gasly late in Q1, with the Ferrari taking to the kerbs at Turn 1 in a bid to get out of the way of the rapidly approaching AlphaTauri.

In Q1, Yuki Tsunoda set a personal best on his final lap in the opening segment but could not improve enough and was eliminated, as was George Russell, who lost his perfect record of escaping Q1 at every race so far in 2021 for Williams.

Russell appeared to go deep at Turn 2 and then ran wide exiting the Turns 6/7 chicane, kicking up dust as he pushed on with his final Q1 lap, but wound up behind Tsunoda in 17th, ending his run of Q3 appearances at two.

Nicholas Latifi also set a personal best on his final Q1 lap as he took 18th in the second Williams, with Nikita Mazepin 19th for Haas.

Mick Schumacher could not take part in qualifying as a result of his red-flag-causing FP3 crash, with Haas unable to repair the car in time after changing its gearbox to get the rookie out to set a time in Q1.