Lewis Hamilton says Mercedes is battling to tame its W13 Formula 1 car amid the heat and wind of Bahrain, as it endures wild oversteer moments and ongoing porpoising.

Neither Hamilton nor team-mate George Russell have appeared completely comfortable with their car during this week’s Bahrain test, with the Mercedes not looking at ease in the rapidly changing conditions at Sakhir.

Hamilton set the fourth-fastest time at the end of regular running on Friday, although his effort was subsequently beaten by Kevin Magnussen's Haas - which completed an extra hour on-track solo to compensate for freight delays that caused it to miss Thursday morning's session.

Although Hamilton is not completely disheartened by the situation, he admits things have been far from ideal.

“Yeah, it's tough,” he said after the penultimate day of pre-season testing prior to next weekend's first grand prix in Bahrain.

“I mean, you can see on the on-board, tank-slappers left, right and centre.

“You're bouncing and bumping and it's not quite happy at the moment. But we're trying to tame her.”

Hamilton does not think that the upgrades Mercedes has brought to the Bahrain test are to blame for the struggles, as he instead suspects that the unique conditions of the Middle East are the trigger.

“It’s the wind, it is the bouncing that we have,” he said.

“We still have that this week, and if anything it's worse. So we're just working through lots of different scenarios, trying to figure out how to hold on to the downforce and not have it bouncing as it was in the last test. 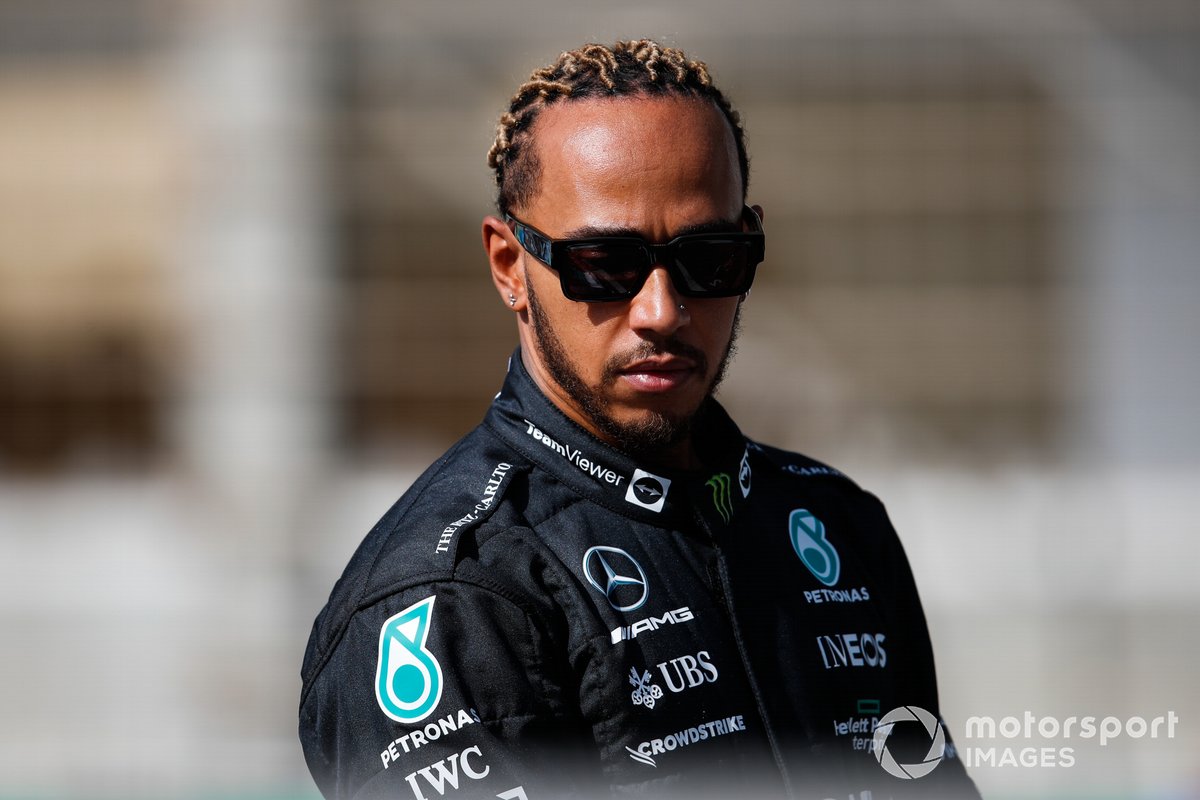 “I think everyone's probably in a similar boat. Some have managed to utilise or get around it in a better way.

“But it's difficult out there. It's bumpy, it's slippery. It's sand in the morning. In the morning, it's way too hot. And in the afternoon, it's just dusty.”

Hamilton has faith, however, that Mercedes can work on the issues it is facing to be in good shape.

“It's just hurdles that we're coming across with this new kind of car that everyone's facing in 2022,” he said.

“I'm confident in the team here and back of the factory, that they will figure it out. But it's definitely not going to be a smooth run.”

Russell was only 13th fastest of the 15 drivers to run on Friday. But when asked about suggestions that Mercedes is sandbagging and disguising its true pace, Hamilton dismissed them.

“We would be really, really, really good if we were having all these oversteer moments and having this tacky driving, just to hide our cars [pace]," he replied.

“It's not the case. We definitely have things that we're trying to get through.

“I think, as I said, others are struggling less but who knows? Maybe when we get to next week, we'll have a better understanding.”