The Ferrari Formula 1 team will test its old suspension during the Monaco Grand Prix weekend, amid growing hints that a new development avenue it trialled in Spain cost performance

Ferrari has worked extensively since the last race at Barcelona to try to understand why Sebastian Vettel was unable to match the pace of the Mercedes.

A particular concern was that the team suffered much higher levels of tyre degradation in Spain than it had encountered in pre-season testing.

One suggestion that emerged was that changes to Ferrari's rear suspension for the Spanish GP ended up hurting its tyre management.

The new suspension upright had a much more aggressive transition - allowing a wider and flatter surface - which was designed to help improve the aerodynamics of the car in that area.

But while being better for downforce, it may also have contributed to the tyres overheating more and consequently the degradation issues.

Vettel said a lot of effort in the Barcelona test last week went into understanding more about what had gone wrong. 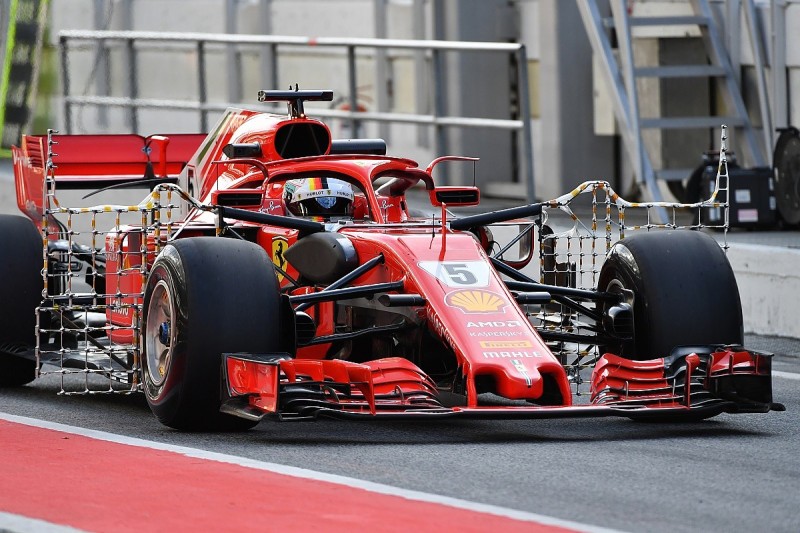 The result appears to be that there are doubts over the new rear suspension, which is why Vettel's car was fitted with the old version ahead of opening practice in Monaco.

It is unclear at this stage whether Ferrari will commit to this version for the remainder of the weekend or will switch back to the newer specification for qualifying and the race.

"It is fair to summarise that Barcelona was not a strong race for us," said Vettel.

"Saturday was actually pretty good, but Sunday we fell a little bit behind.

"So it was good we had the opportunity on Tuesday/Wednesday to get into the race situation again to understand a bit better with time and laps.

"There are a couple of ideas we have and things we believe that may have caused a weak race or weak pace during the race.

"But for here it is not that relevant because it is a completely different track.

"But going forward, time will tell whether we found a good direction."