The Ferrari driver claimed his ninth pole of the season, beating Red Bull’s Sergio Perez by 0.022 seconds, while Max Verstappen was forced to abandon his final effort as he was set to run out of fuel on a lap that looked quick enough for top spot.

Leclerc was in the pits for the last minute of qualifying after making a mistake on his final lap, but it wasn’t enough to jeopardise his second career pole position in Singapore.

“I think the second to last lap was good, especially for the track conditions at that time, it was about building up for that last lap,” Leclerc said.

“But unfortunately on that last lap I locked up, I did a mistake in Turn 13 which cost me quite a bit of time and at Turn 16 I went straight and that was it basically.

“Apart from that, I think we’ve been very competitive the whole qualifying session which is great to see, especially in conditions like these. And, again the car feels good so it has been a positive qualifying session, just a shame I couldn’t put everything together on the last lap.” 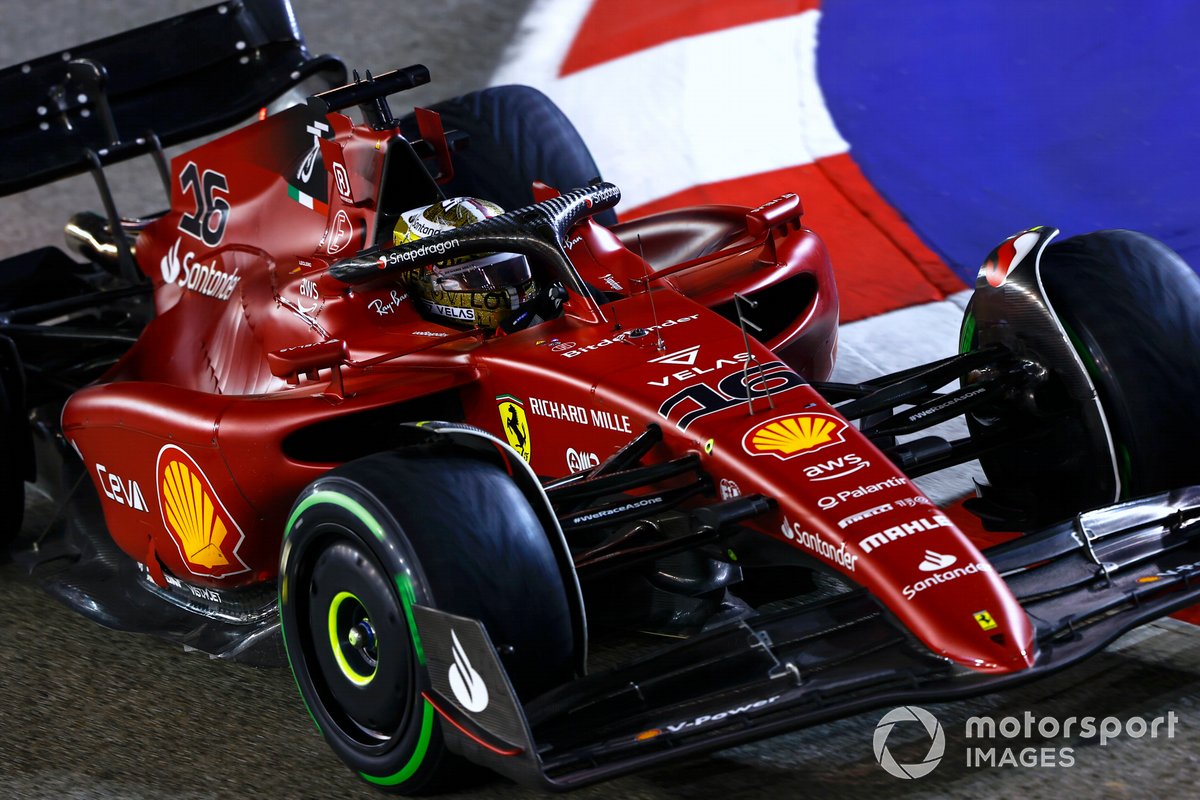 With Leclerc on pole and title rival Verstappen starting the race down in eighth, it offers a glimmer of hope to extend the title fight as the Monegasque trails by 116 points in the F1 drivers’ world championship.

Despite the qualifying results, Leclerc says he is giving no thoughts on the title picture and wants to focus on battling for his first win since the Austrian GP in July.

“It is important for me to win as many races as possible until the end of the season,” he added. “Realistically, it is a matter of time before Max gets his title.

“We’ll just focus on ourselves, try to use these last races in the best way possible, maximise our package. This is important to me, the rest I don’t care.”