Hamilton: "Childish" to get into war of words in F1 title battle

Lewis Hamilton says he is not looking to play mind games with Formula 1 title rival Max Verstappen, believing it can “get a bit childish” entering a war of words.

Hamilton lost the lead of the F1 drivers’ championship for the first time this season after finishing seventh in Monaco last Sunday, while Verstappen claimed victory for Red Bull.

The result came at the end of a week that had seen Hamilton say on Wednesday that Verstappen “feels perhaps he has a lot to prove” with aggressive on-track moves in wheel-to-wheel battles.

Verstappen said following his victory in Monaco that “actions speak louder than words” in an apparent dig at Hamilton, who struggled for form through the weekend.

"You have to talk on the track and that is what I like,” Verstappen said. “We as a team so far made the smallest mistakes, and that is why we are ahead. I hope we can keep that going for the rest of the season.”

Asked about Verstappen’s post-race comments, Hamilton claimed that he was not looking to engage in any off-track mind games and that he wanted to avoid a war of words.

“It is interesting what Christian [Horner] comes out with, but I couldn’t care less.

“They did a great job this weekend and that is that. We have had some good races also, but as I said there are 17 races to go.

“So it starts to get a bit childish when you get into a war of words.” 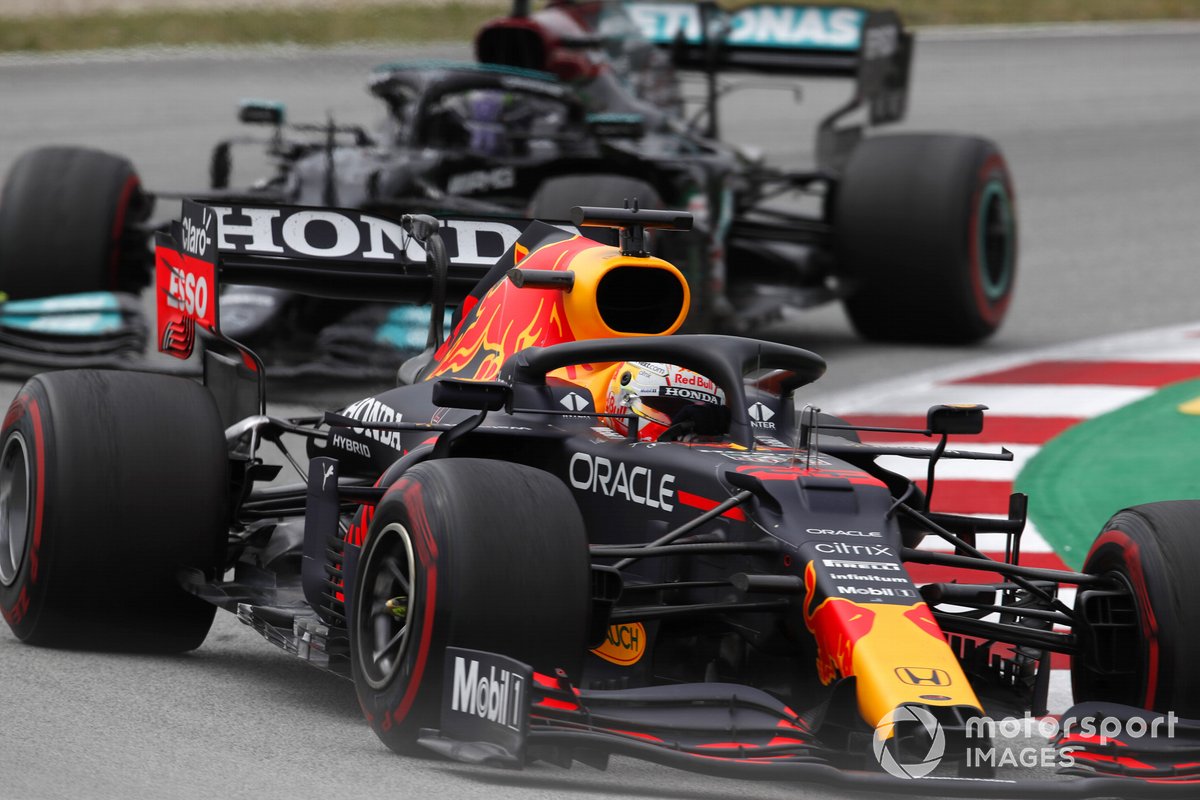 But Mercedes team boss Toto Wolff was more receptive to the back-and-forth comments between Hamilton and Verstappen, saying the off-track drama was another element of the title battle.

“We have a fight between outstanding drivers,” Wolff said.

“The championship has swung in both directions, things are being said that are good for entertainment.

“I would attribute that sentence [by Verstappen] to the entertainment factor, and great to talk about it and write about it.

“This is action on the track, and soap [opera] off the track.”