Haas lapped outside the top 10 in every practice session at Suzuka, but was best of the rest behind Mercedes, Ferrari and Red Bull in Q2, before Romain Grosjean matched Sergio Perez's time on his way to eighth fastest in Q3.

"It seems to me they have a very good car but haven't worked out how to work well with it," Perez told Autosport.

"But whenever you see a Haas competitive they are very competitive. All of a sudden they [can] do a lap - especially with Grosjean.

"But they are generally quick, and Williams the same."

Haas's best qualifying result of the season came at the expense of Williams, with both Valtteri Bottas and Felipe Massa dropping out in Q2.

"The surprise is that Haas were quicker than we were expecting looking at the last races," said Massa.

"Without Haas, we would have had both cars into Q3. We were one tenth slower than Force India in Q2. It's frustrating." 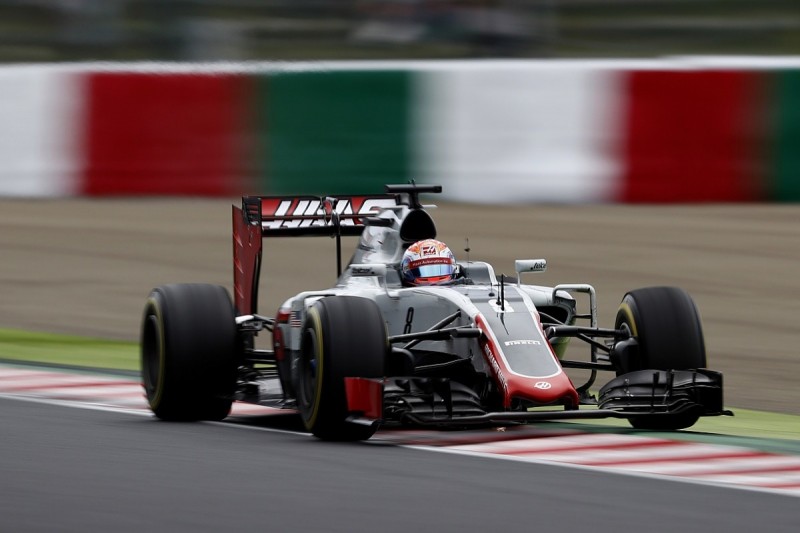 Haas put its improved form down to a breakthrough with its Singapore upgrade package, specifically getting the front wing to work correctly.

The part was modified overnight and fitted to both cars for final practice.

"We had to make it a bit more stable because one of the flaps was moving," explained team boss Gunther Steiner.

"So we had to stabilise that, and we got that all right.

"We had all these issues, and if you start the weekend in FP1 with mechanical issues you don't have time to evaluate and focus on development of new parts.

"It was the first time we could use them and get the data to really understand them.

"This is one of the main things, and I'm sure our car for this type of track is better suited than for other types of track.

"We knew if we could get a lap together we would be pretty good, but we thought getting two cars into Q3 was a too ambitious thought.

"Everything came together, the stars aligned."

Grosjean felt he would have beaten Perez but for a DRS glitch that cost him "three or four hundredths" on the final straight, while Gutierrez was seventh quickest in Q2 but got held up by Lewis Hamilton on the final part of his Q3 out-lap and lost crucial tyre temperature.

"The biggest change was that new front wing, which is very positive for the future," said Grosjean, who explained that a front suspension problem in Singapore and Malaysia on his car disrupted evaluation of the new aero parts.

"It shows we are going in the right direction with upgrades."

Pirelli could suggest safety case for moving 2017 tests to Bahrain