Haas is now hoping that it can test new Formula 1 brakes from Carbone Industrie at the Bahrain Grand Prix, as it continues to work on its longstanding problems

The American-based team has cited a lack of consistency with its current brakes from Brembo as something that needs addressing, with Romain Grosjean unhappy about the situation.

But switching suppliers is not so straightforward this year because the wider discs require a bigger design overhaul, which is why Haas is working with Brembo at the moment to find a solution.

Grosjean said after testing: "I can't live with the weight of brake issues.

"It clearly is something key for me and I struggle a lot because of that.

"Now, we'll try to work at best with people at Brembo to find solutions."

The team says it is hoping that a Carbone Industrie test will take place early in the season - potentially at the third race. 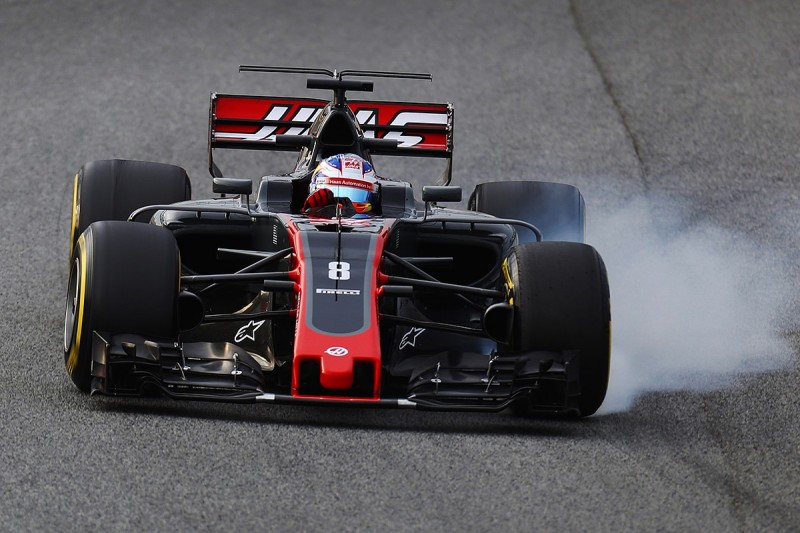 Team principal Gunther Steiner said: "Maybe we will do it in Bahrain."

Steiner is adamant, however, that the brake problems are not enough to worry the team early on, especially with new recruit Kevin Magnussen not complaining at all.

"We have got things in the pipeline but they just take a little bit of time," Steiner said.

"For the short term we have got a solution which is maybe not ideal but is at least safe.

"Then, when we get on with the programme after the first races, hopefully then we will have the final solution."

Oliver Solberg will leave Hyundai Motorsport at the end of the 2022 World Rally Championship, the team has announced.