Esteban Gutierrez fell victim to the team's latest brake-related incident when he went off at Turn 11 on lap 19 of the United States Grand Prix before trundling back to the pits.

Team-mate Romain Grosjean has suffered several brake problems this season, most recently in Malaysia and Japan, following which he described the situation as "dangerous".

Following Gutierrez's retirement brake manufacturer Bembo suggested "a problem in the dragging area of the disc" was identified, and an investigation had been launched.

Haas told Autosport: "Until you really understand it you don't want to say it's a specific problem.

"But it seems to have something to do with the spline in between the carbonfibre and the metal ring.

"Somehow, if maybe the tolerances are a little loose, or whatever, it allows the carbonfibre to work itself and to fail. So it could be a tolerance problem.

"You also have to bear in mind carbonfibre is basically plastic that's burnt to a crisp, so maybe there is a problem in the firing of it."

Asked whether changing the supplier was an option, Haas replied: "It's probably not as simple as saying it's an issue with the supplier. 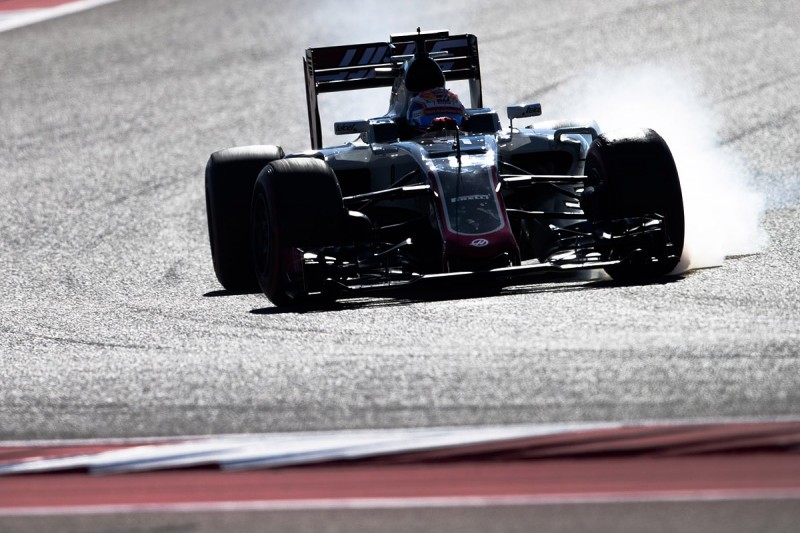 "It's some process or tolerance problem we just don't have a good handle on right now.

"I don't know if it is really well understood, but the rudders do seem to be failing.

"You could see it when Esteban hit the brakes. The right wheel locked up, and the left just kept going right along. You can't drive on three brakes.

"We have to fix the problem, and we'll definitely have it sorted for next season.

"A number of cars here run the [Brembo] brakes, so we all have an interest to fix it."

In terms of interim measures to get through the final three races in Mexico, Brazil and Abu Dhabi, Haas said: "Right now we have what we have.

"Maybe we do need to put a few laps on them, though, because they seem to run a number of laps, then we have a failure.

"So maybe we need to run them for a couple of practices and then they become our race brakes, just to make sure they've been tested to find that weakness that's somewhere inside of them."