The Montreal compound selection is the same line-up of ultra-soft, super-soft and soft offered for Monaco last weekend.

With 13 sets of Pirelli tyres available to all drivers, Haas and Renault have chosen to completely ignore the super-soft tyre.

Instead, Haas drivers Romain Grosjean and Esteban Gutierrez will both have three sets of soft and 10 sets of ultra-soft, while Renault duo Kevin Magnussen and Jolyon Palmer have five and eight sets of those compounds respectively.

Every other driver from the nine remaining teams has at least two sets of super-soft to use, with Sauber pair Marcus Ericsson and Felipe Nasr going for two soft, five super and six ultra.

Of the leading teams, Mercedes, Ferrari and Red Bull vary only slightly. 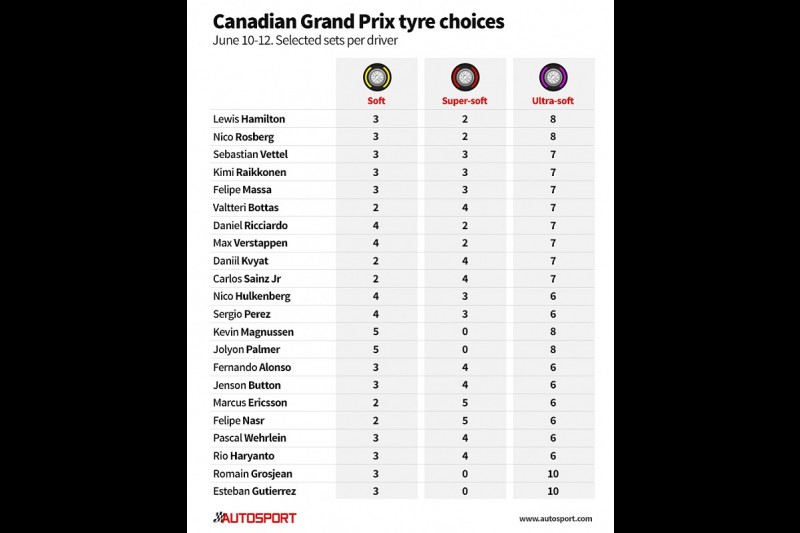 Ferrari at a loss to explain Formula 1 qualifying problems