Then a Lotus driver, Grosjean was involved in a run of first-lap incidents six years ago that peaked when he triggered a massive start crash at the Belgian Grand Prix and was banned from the next race in Italy.

Though he has yet to score in 2018, amid a run of incidents and misfortunes that included crashing behind a safety car in Baku and an engine problem before he could leave the pitlane in Montreal qualifying, Grosjean said the fact his problems six years ago prompted fury from his rivals made that "harder" than his current plight.

"I was being badly criticised by other drivers, drivers that I respect," he said of 2012.

"And I was creating big problems, safety things, that didn't go right.

"Some were fully my fault, some were a bit more borderline.

"But anyway it was a tougher time than it is now.

"It's not easy right now and obviously we want more for the team, but if you look at all the races some I could have done much better and others it's just circumstances."

Haas has had the fourth-fastest car in the field at several races this season. 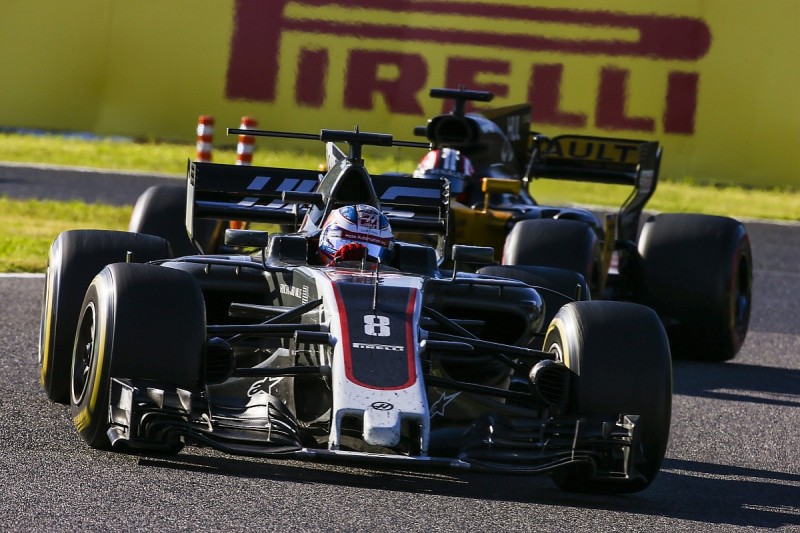 But its seventh place in the constructors' championship is entirely down to Kevin Magnussen's 27 points, as Grosjean has not scored since last October's Japanese GP (pictured above).

"You don't want to focus on that but obviously it's been a long stretch and looking at the performance of the car we should have been doing it a lot of times," said Grosjean ahead of this weekend's Austrian GP. "It's painful. But it will come.

"Anyway, the car is fast. It has been fast for a long time.

"If we take out Monaco, where we weren't very quick, everywhere else we've been fast.

"So there's no reason it won't be the case here and Silverstone and then we've got updates coming I believe in Germany.

"The car is a really good baseline so if we can get the tyres to work every time and build from what we've got, we should be able to get some good results before the end of the season."