The mode will come on stream at the third event for the 'spec B' engine, introduced at the Canadian GP.

Renault F1 managing director Cyril Abiteboul says the mode was first tested by the works team during the French GP weekend, because it had to be validated before being formally introduced.

It also had to proved on the dyno with the ExxonMobil fuel used by Red Bull, as opposed to the BP/Castrol favoured by Renault and McLaren.

Red Bull motorsport advisor Helmut Marko suggested this week that the works Renault team had modes that were not available to his squad in France.

"The hardware was the same. The engine control was not," Marko told Autosport.

"In a 'very nice' conversation with Renault we clarified that from Austria we will get the same updates as the factory team."

The FIA insists that power unit hardware and software is the same across all cars supplied by a manufacturer, having stated that in a technical directive earlier this year.

Renault's use of the mode for just its own team in France could be construed as having contradicted that requirement.

Abiteboul insists that the mode was "tested but not run" at Paul Ricard, suggesting that it was not used in qualifying.

"As we've always said, there are a number of differences due to the fact that there are different types of fuel in the cars," he told Autosport.

"But we've discussed it now, and all cars are getting exactly the same treatment, as we've always done, as we are bound by the regulations.

"It's great news that we are capable of introducing a new qualifying mode, which is making an impact for the first time. 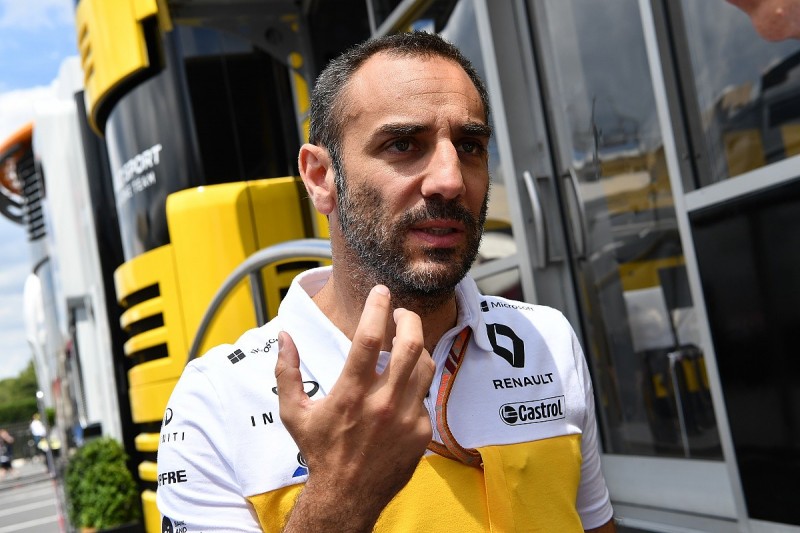 "I didn't want to create any expectation or speculation until it's been approved.

"We tested it on track [in France], we didn't run it, but we had to test it on track, just to make sure of driveability. It's part of the validation programme.

"Now that it's been validated it's going to be available for all three teams.

"We needed a bit more time, due to the fact that we had to homologate it on one fuel and then the other fuel, but it's going to be available for the first time on all three cars in qualifying, on both types of fuel."

Asked if the situation was now clear with Red Bull he said: "It's always been clear.

"We love them, we want them to do extremely well, we think they have a chance to be world champions this year, and this is really bringing something nice and extra.

"Between 'spec B' and 'spec C' will also be a big improvement.

"But we also need to stay focused on reliability, as we've seen. That's why we are extremely cautious when we bring an evolution on track."