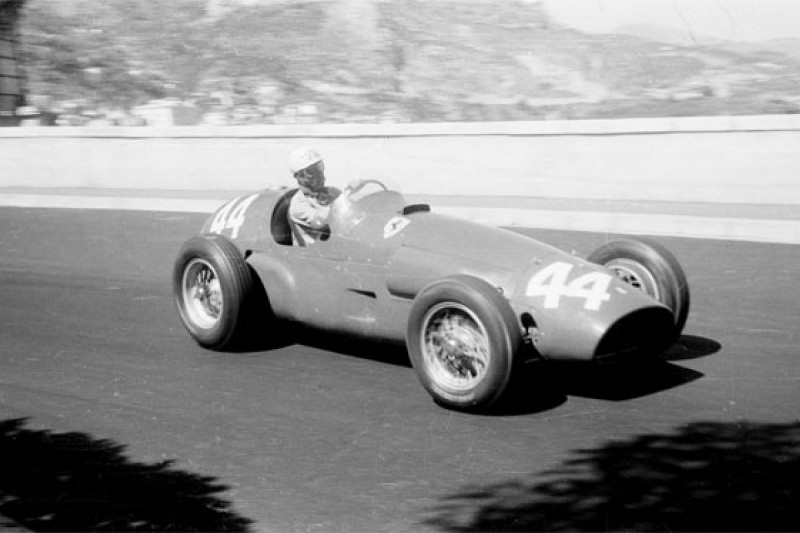 AUTOSPORT relives the great races of the past: Monaco 1955 saw bad luck for Mercedes' Juan Manuel Fangio and Stirling Moss, a trip into the harbour for Alberto Ascari, and a shock Ferrari win

Scuderia Ferrari scored a most unexpected victory last Sunday when Maurice Trintignant won the Grand Prix of Europe, which was also the 13th Monaco GP. At one time Juan Manuel Fangio and Stirling Moss looked like achieving a runaway win, both Mercedes-Benz drivers outpacing Alberto Ascari (Lancia). Then at half-distance (50 laps), Fangio went out with a broken gearbox, leaving Moss with a big lead over Ascari. For 30 laps the brilliant British driver led the grand prix, when, almost on the point of lapping Ascari, an oil union fractured and the engine blew up.

More drama; just as Moss pulled into his pit with a smoking engine, Ascari came tearing out of the tunnel, streaked along the Quai des Etats-Unis, failed to negotiate the chicane and plunged into the harbour. The Lancia disappeared in a great cloud of steam, and Ascari was rescued by frogmen, stationed in boats at that point in case such an unlikely thing happened. The Italian driver escaped with a severe shaking and a cracked bone in his nose.