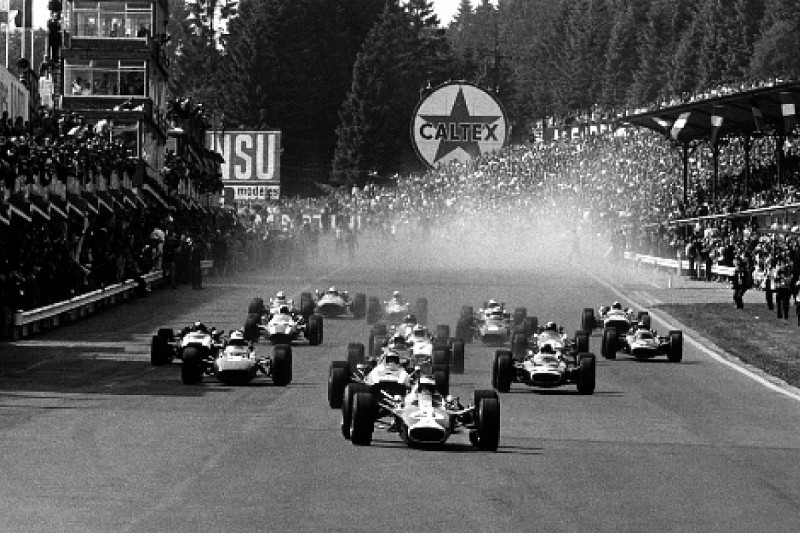 AUTOSPORT relives the great races of the past. Spa 1967: Dan Gurney beat Jackie Stewart by more than one minute

In the fastest race ever run on a European road circuit (145.74mph), Dan Gurney brought his lone V12 Eagle-Weslake to victory in last Sunday's Grand Prix of Belgium. Not only that, but the popular Californian set a new Spa-Francorchamps lap record of 3m31.9s (148.85mph).

Jim Clark (Lotus-Ford 49) was the only driver to exceed 150mph in practice, but after leading the race for the first dozen laps he had to stop when an electrode blew out of a sparking plug. This occurred again, but by that time the flying Scotsman was out of the running; he did however, squeeze a championship point for sixth place.