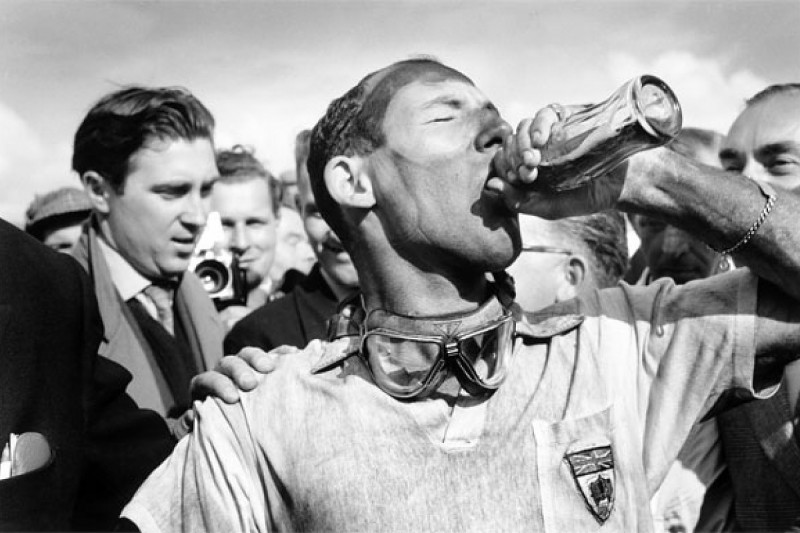 AUTOSPORT relives the great races of the past: Stirling Moss made history by clinching the first win for a British manufacturer, after taking over the car of Tony Brooks during the race

At long last a British car and drivers have won a grande epreuve. Cheered on by thousands of madly excited enthusiasts, Stirling Moss, aided by Tony Brooks, scored a momentous victory for Vanwall in last Saturday's Grand Prix of Britain and Europe at Aintree. It was a race packed with incident from start to finish; the issue was always in doubt, right from the moment of Moss's unexpected pitstop to give Jean Behra (Maserati) the lead, and his take-over of Brooks's car.

Seldom has such a drive been seen in a grand prix. Indeed it was a day of brilliant performances, culminating in the most thrilling final lap scenes probably ever to occur in a major motor race.
One cannot give too much credit to Brooks. Badly affected by his unhealed Le Mans leg injuries, he was, nevertheless, able to keep his car in a high enough position to give Stirling a chance of victory.