AlphaTauri driver Pierre Gasly says he is waiting to "see what happens" at Red Bull's main team as he hopes to get clarity on his Formula 1 future before the summer break is over.

Gasly was promoted from Toro Rosso, AlphaTauri's previous identity, to Red Bull in 2019 but was demoted back to the Faenza team after only half a season alongside Max Verstappen.

The Frenchman grew from the experience and bounced back strongly in 2020, a season capped off with a maiden win in Monza.

In 2021 Gasly has almost single-handedly carried his team in the fight for fifth in the constructors' championship, scoring 50 points compared to 18 for rookie teammate Yuki Tsunoda before the summer break.

Gasly's improved form has impressed his bosses at Red Bull, but it is thought unlikely that it will lead to a return to Milton Keynes, even though Red Bull has not yet extended the one-year contract of Verstappen's current teammate Sergio Perez.

When asked about his F1 future, Gasly admitted he is waiting to "see what happens" at Red Bull first and hopes he will get some answers before the 2021 season resumes in Belgium at the end of August.

"I think it's pretty clear on my end, it's in Red Bull's hands," Gasly said.

"Max is signed for next year in the top team, Sergio I think has a one-year contract, so we'll see what happens there and then what we do going forward together.

"I'm obviously contracted with them for some more time, and I'm pretty confident we should get some answers at some point during the summer break, or after the summer break." 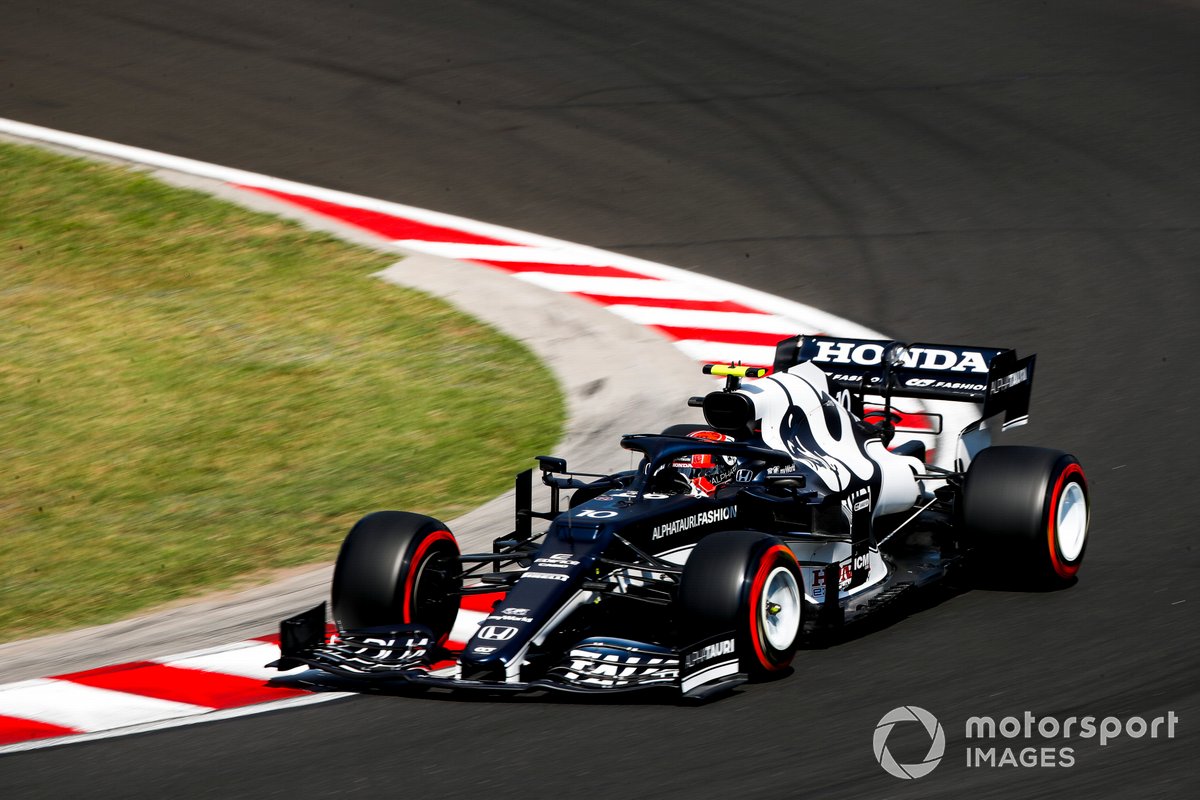 AlphaTauri team boss Franz Tost is keen to keep both Gasly and Tsunoda for 2022, continuing to hand Gasly more responsibility as a team leader at the Italian midfield squad.

Gasly said he relished the role of team leader but admitted a driver "always wants to be in the best car" whenever the opportunity presents itself.

"I think they want a leader in AlphaTauri to push the team forward and really trying to bring this team up, and I think there is a great working relationship now and a real will to push AlphaTauri forward," he explained.

"Obviously, as a driver you always want to be in the best car and fighting for the best position, and that's what we are discussing.

"But ultimately, I'm only focusing on performing weekend after weekend, race after race, and show my potential.

"It's in their hands, whether they want me to step up or whether they are happy with the pair they are having, and depends on how Sergio is performing, and how they are planning the future of AlphaTauri.

"We are discussing a lot of things. Things are going well, but at the moment there is no more answer than that. But I expect some more news over the next few weeks."

Why adapting to McLaren's 2021 F1 car has proven difficult