French Grand Prix boss Eric Boullier says moving the Formula 1 race forward by a week was a “big problem” for his organisation, although all returned tickets have subsequently been re-sold.

Following the cancellation of the Turkish GP, F1 asked Boullier to move the Paul Ricard event from its original date of 27 June to 20 June, in order to make way for a second race in Austria.

That gave Boullier and his team some logistical headaches, and led to some spectators asking for refunds as they could no longer make the new date.

"It was a big problem,” Boullier told Autosport. “You don't set a grand prix up in the last three days. It's a few months' work which we had to scrap and to adjust and to move.

“During the grand prix, I've got 1,200 people, they had booked their week to work for us, and when you move the date six weeks before, they have to change all their plans.

“Then the spectators, obviously. Everybody has booked his plane, train, accommodation or whatever, and they had to change everything again. So it's been a challenge.

"We moved the date earlier by one week on F1's request and we lost 20% of the spectators, but the tickets have been re-sold straight away."

The French GP was cancelled in 2019 but this year Paul Ricard has been given special dispensation to have more spectators than have hitherto been permitted at major French events during the COVID-19 pandemic.

"In France normally you cannot have more than 5,000 spectators per event. Because of the specific design or layout of the Paul Ricard track, which is obviously very big, we can have three bubbles that are completely independent.

“We've been allowed to have 15,000 spectators, so three times 5,000. And every bubble is completely independent. They have their own access, their own parking. Nobody can cross the path of anyone.

"It's been a strange time for everybody. We are happy we can have a race, happy we have some spectators.

“We're going to be the first big event in France. There's Roland Garros and the Cannes Festival, but with 15,000 spectators, this is the biggest so far. So it's good to be back." 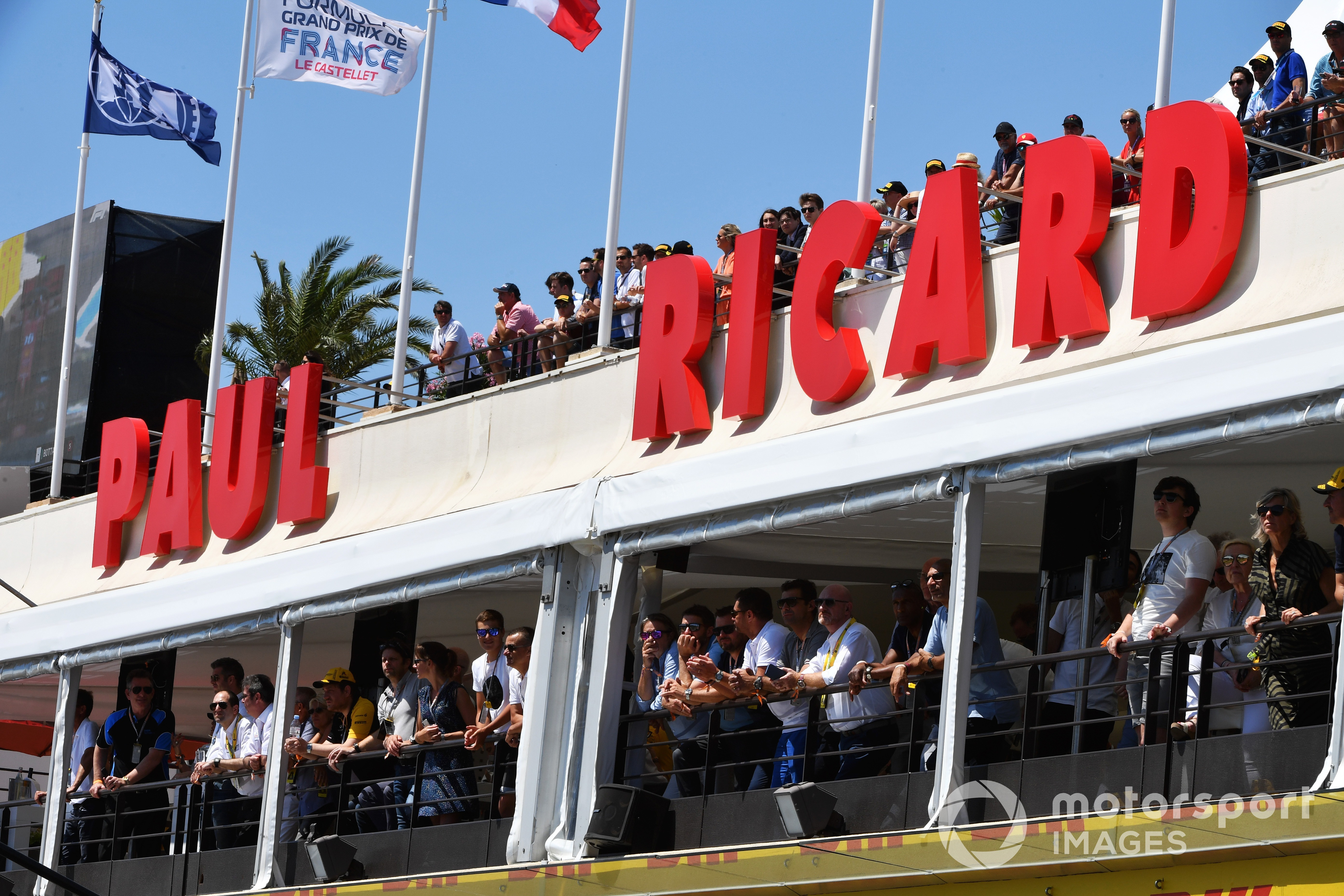 Asked how many fans were coming from other countries Boullier noted: "The profile of spectators of the French GP is usually 15% of foreigners and 85% French, and it's quite similar this year.”

Boullier said the biggest challenge had been to arrange the paperwork to allow F1 personnel into France, especially those coming from the UK.

“To be honest, the challenge has been mainly to deal with the authorities, between the health minister or home office minister, to actually to get the laissez-passer for the UK people to come in, because they have been in Baku, which is outside Europe, less than 14 days before entering the French territory.

“That has been the biggest challenge, to get the authorisation from the government to let them in."

Boullier confirmed that Paul Ricard would be willing to host another race later in the season should some flyaway events be cancelled and a space is created in the calendar.

Favourable weather conditions mean that the track could be useable until late in the year, although at the moment F1 does not want to have to return the travelling freight to Europe after the flyaway sequence starts in Russia in September.

“We are very happy to do whatever they want," said Boullier. "They need to tell us on time, but of course, we would be interested. Why not?”