With Pirelli and Michelin going head-to-head for F1's new tyre-supply contract from 2017, a battle is on to convince the FIA which firm has the right technical and sporting approach for the future.

Michelin has joined the push for 18-inch wheel rims, but despite showcasing such a design on a GP2 car ahead of the Monaco Grand Prix in May, Pirelli has reservations over that concept.

Hembery told AUTOSPORT: "To be honest the only appetite for going to 18, or something else, has come from external factors.

"The teams are actually very consistent by saying they want to stay with 13 and you can look at it two ways.

"I could sit here and say 18, to be honest, isn't relevant at all because that's what we put on our standard cars.

"In reality, if you want to do something dramatic, you'd sit on 19 at least, but probably 20 or 21 because that's where the top-end [road] cars are these days.

"So if you're doing it, you'd want to make a huge jump.

"The majority of our circuit racing is done on 18-inch tyres already, so 18 isn't that unique.

"Some could argue 13 makes you stand out, and there are some people and some fans who say that.

"We know that to make an 18, 19 or 13-inch has the same amount of technology and technical requirements, so it's almost irrelevant."

There is a greater consensus over the width of the tyres themselves, with a proposal for switching from the current 375mm width to 420, a tyre last seen on a F1 car in 1992, for the 2017 season.

"The only area where they all seem to be very much in agreement is going for wider rear tyres, which when you see it on a car looks pretty dramatic," added Hembery.

"It does make a car stand out.

"It is a very big visible change that stands out and people will look at that and go 'phwoar, that's a tyre!'

"Even the 18-inch we ran in Monaco looked different rather than 'wow', but the wider tyres do have that wow factor." 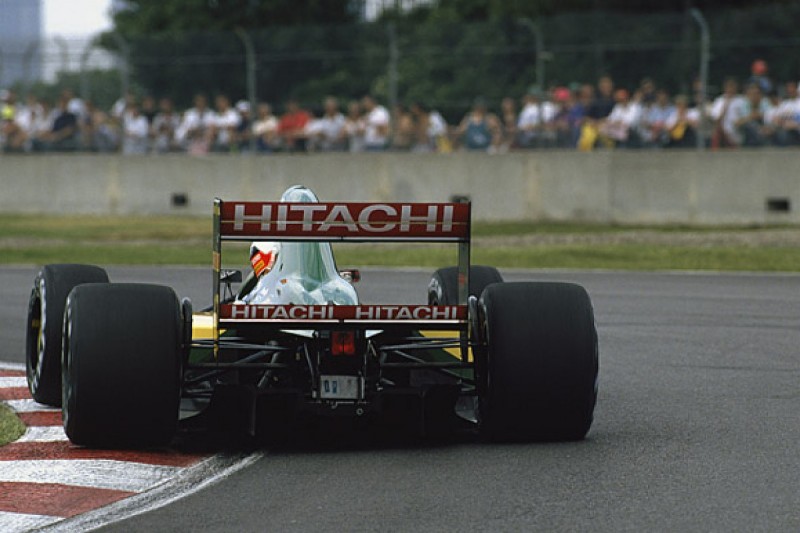