Pierre Gasly was puzzled by his "massive step back" in Chinese Grand Prix qualifying, saying his Toro Rosso Formula 1 car lost "all its strength" overnight

After a stunning run to fourth in Bahrain, Gasly qualified a lowly 17th for the Shanghai F1 race.

The Chinese circuit was not expected to suit the Honda-powered STR13 as well as Bahrain's Sakhir circuit did, but Gasly's pace in particular suffered a noticeable decline between Friday and Saturday.

"We knew top 10 would be difficult, but [we expected to be] around P11, P12, and actually to be a couple of tenths behind," Gasly said.

"I think today we made a massive step back compared to yesterday, we lost a lot of performance, and that's what we didn't really expect."

Gasly said that changes made to his car overnight had "a much bigger impact" than anticipated - and explained that the team didn't have the time to then make major tweaks before qualifying.

"We made some changes and completely changed in terms of balance, it's completely opposite of yesterday, we lost all the strength of the car we had in the package, and [it's] just super tricky," Gasly added.

"And yesterday [this] was actually our strength - good stability."

Asked to elaborate on how he was giving up lap time, he said: "Massive oversteer, traction, I have no traction.

"Ultrasoft tyres in qualifying, usually you have massive grip and you feel the potential, but it was just wheelspinning everywhere. Turn 3, Turn 6, Turn 10, Turn 13, all the tractions."

Gasly conceded the STR13 was proving "pretty inconsistent" in 2018 so far, with his superb showing in Bahrain sandwiched by Q1 exits in Melbourne and Shanghai.

Team-mate Brendon Hartley, who made it to Q2 in China but only qualified 15th, reckoned wind and lower temperatures were the big factors in Toro Rosso's varying performance. 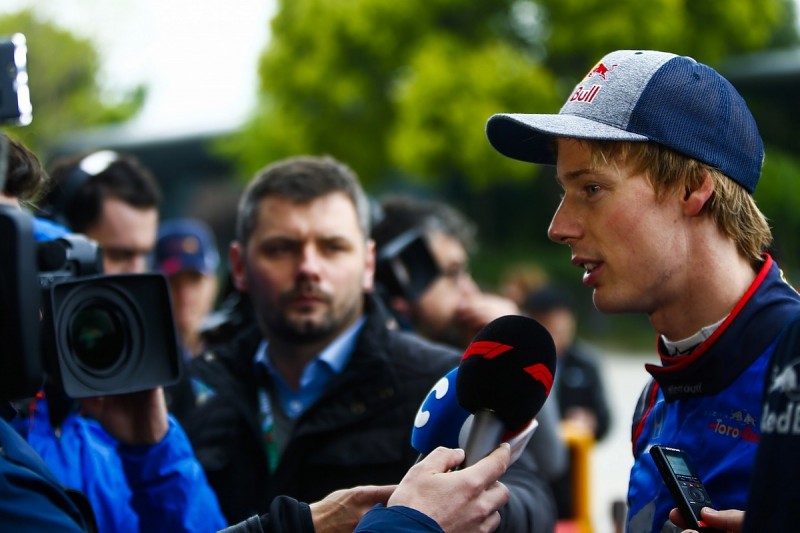 "I don't think many places higher up the grid was possible, we don't have anywhere near the same performance compared to other competitors that we did in Bahrain," Hartley said.

"My personal opinion is that the temperature and the wind are the two biggest factors - not saying I have the answers but it seems to be a trend, it happened in Australia in the race as well.

"Every other time that it's been hotter we've been more competitive, and every time it's been windier we seem to suffer a lot more than others.

"Aerodynamics on a Formula 1 car are very complicated and when you have wind it really messes with aerodynamics, we seem to struggle.

"The good news is we know we have potential in the car but it's just about unlocking it in every scenario."