Red Bull's Daniel Ricciardo admits he is becoming less optimistic about Renault's chances of improving its Formula 1 engine amid further problems at the Chinese Grand Prix.

A week after his early retirement from the Bahrain GP with an energy store problem, Ricciardo suffered a spectacular engine failure in final practice in China.

Ricciardo took on a new engine, turbo, MGU-H and MGU-K ahead of qualifying and only just made it out for the end of Q1.

He went on to qualify a place behind team-mate Max Verstappen in sixth.

Asked by Autosport if he was starting to give up hope of Renault reliability progress so far into the current engine rules cycle, Ricciardo replied: "I'd never give up hope, but for sure the window of optimism reduces over time.

"I try not to really set any expectations on anything now, just roll with it and hopefully it all works sweet. If it doesn't, it's always going to be difficult to take.

"Unfortunately it's a little bit familiar territory. We've had our ups and downs for the last few years, so this is not new to me.

"But I would say that after winter testing we didn't expect to be here in race three with the issues in Bahrain and this morning already.

"The winter testing looked a lot more positive from a reliability standpoint."

Ricciardo only had time for one flying lap in Q1 and scraped through in 14th place, admitting the lack of morning running on ultrasofts had left him unsure how hard he could push.

"It was obviously really close - we definitely weren't doing it for the cameras," he explained. "That was literally as quick as we could have got out.

"With about half an hour to go I went in to see the engineers and said 'how are we looking?'.

"I'd say they were realistic as opposed to optimistic and they said 'it's going to be very tight'. It was like 'get ready, but sorry if it doesn't happen'.

"We had a bit going on but I'm very happy to have got it done - for the boys as well, they worked their arse off for two hours and if we'd just missed it by a minute it would have been heartbreaking." 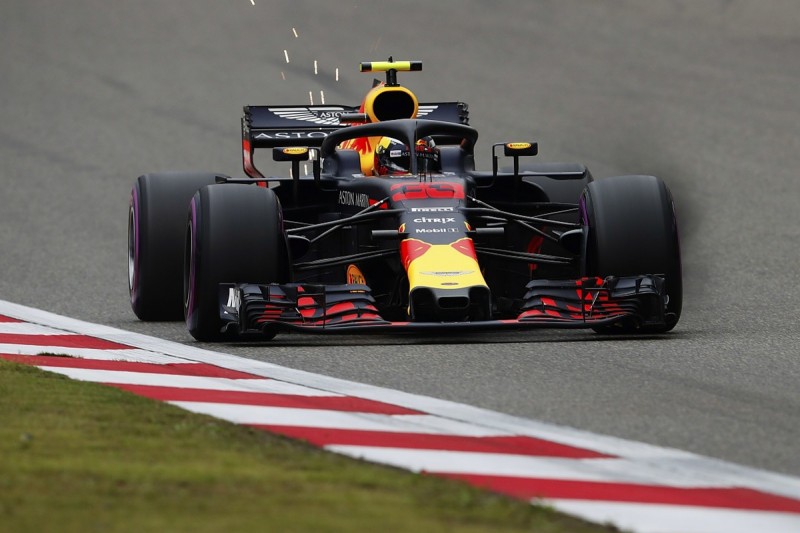 Though team-mate Verstappen had a smoother day, he was also frustrated with Renault.

"The gap on the straights was bigger than we expected and also from our side just finetuning the power modes was not great," he said.

"Some of the issues I've had before, like close to the limiter and when I'm shifting and stuff, it just doesn't really work properly."

Ricciardo is out of contract this year, and Red Bull is monitoring sister team Toro Rosso's progress with Honda engines.

Asked if getting a different engine for 2019 was a priority, Ricciardo replied: "We'll see after a few more races.   Once we get to Europe a lot of things will settle with car performance and then we'll probably start to see trends."