Formula 1: Spanish GP practice crash one of my biggest - Hartley

The Toro Rosso driver spun backwards into the barriers at the high-speed Campsa right-hander after putting a wheel on the grass on the outside before turning into the corner.

His car was too heavily damaged for him to take part in qualifying, but he said he was confident the damage can be repaired by his team at the track.

"Such a big impact like that, it's potentially the biggest impact I've had," Hartley said when asked by Autosport when he last had a crash that big.

"I actually don't remember, and that's not because I just had an impact.

"I had a reasonably big crash in the first round of WEC in 2016 [at Silverstone], but it wasn't such a big impact in the end.

"[This crash] was definitely the biggest accident I've had in a long time. It happens in slow motion.

"I was going backwards towards the wall, so you don't really know when the impact is going to come.

"I'm looking in my mirror to know exactly when it was going to come. You brace yourself a bit, but it's never a lot of fun." 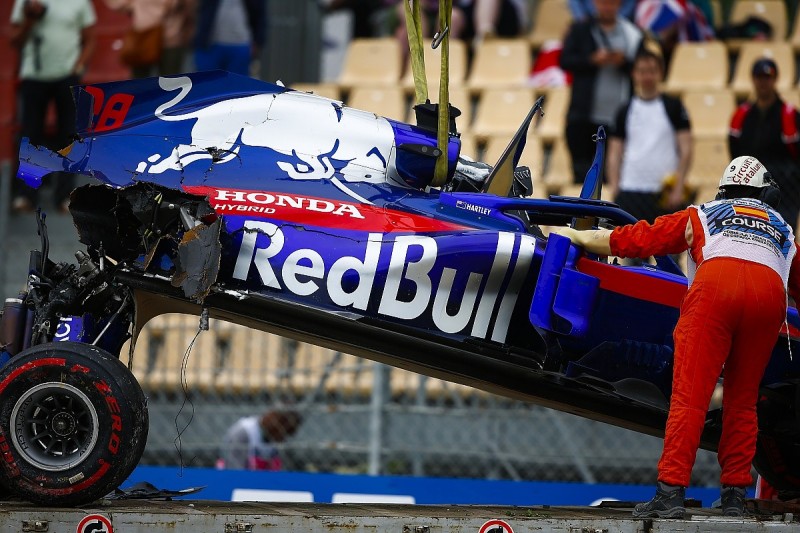 Hartley reckoned that he was only two or three centimetres wider than his normal line into Turn 9, but he said there was a dip in the surface the other side of the kerb that pitched his car into a spin.

"Often I'm using this kerb on the entry to Turn 9, as many others do," he said.

"This lap I used two or three centimetres too much and clipped the grass, and I think there's a bit of a hole there and it spun me around very quickly.

"After that I was a passenger. It's a fine margin, such a small difference in line causing big consequences."

Hartley still believes he can score points from the back of the field in the race, as he was happy with the changes made overnight after a tough Friday, and he noted that former Toro Rosso driver Daniil Kvyat finished inside the top 10 from the back row in last year's Spanish GP.

"I know everyone is working very hard to get the car ready for tomorrow, which I'm confident it will be, then I'll be ready," Hartley said.

"I won't think about the crash too much, and I'll focus on moving forward in the race.

"I know Toro Rosso started from the back of the grid last year and managed to score a point, so it's not unachievable.

"I'll do my best to put [the crash] to the back of my mind and attack the race as any other tomorrow. 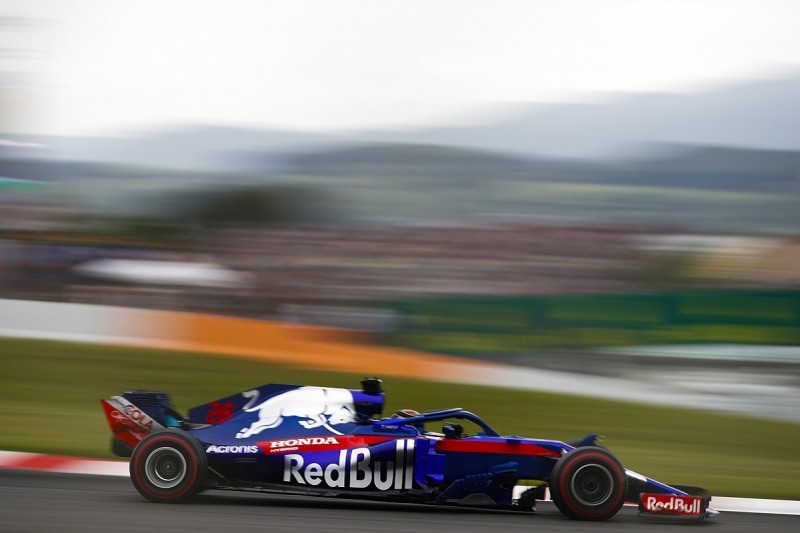 Alonso: top Formula 1 teams still in 'another league' from McLaren