The technology has been banned since the start of the 1994 season but was one of the ideas proposed during a meeting of technical directors and the FIA last week.

F1 teams have failed to reach an agreement on the legality of trick suspension systems, with a ruling expected from the FIA before the start of pre-season testing on February 27.

Ferrari was believed to be seeking guidance on whether concepts used by other teams were legal rather than seeking to develop its own.

Boullier believes active suspension - which was key to Williams's 1992 and '93 world championships - could be the solution to end the debate.

"Suspension, it's a funny topic," he said.

"We should maybe one day stop it and copy the road car, which is to bring active suspension back, because at least it will close the debate.

"Today, everything is subject to the interpretation of the regulation and then you can push for one concept, which you can see can be differently interpreted from another one.

"This is why Ferrari is trying to push its opinion or interpretation being valid by the FIA.

"We're in the middle of this and actually, most of the teams have contacted us over this topic.

"Ferrari has a different interpretation of what can be done and they try to push their opinion through which obviously does not please some other teams."

The reintroduction of active suspension was last seriously flagged in 2014, as a measure to control costs. 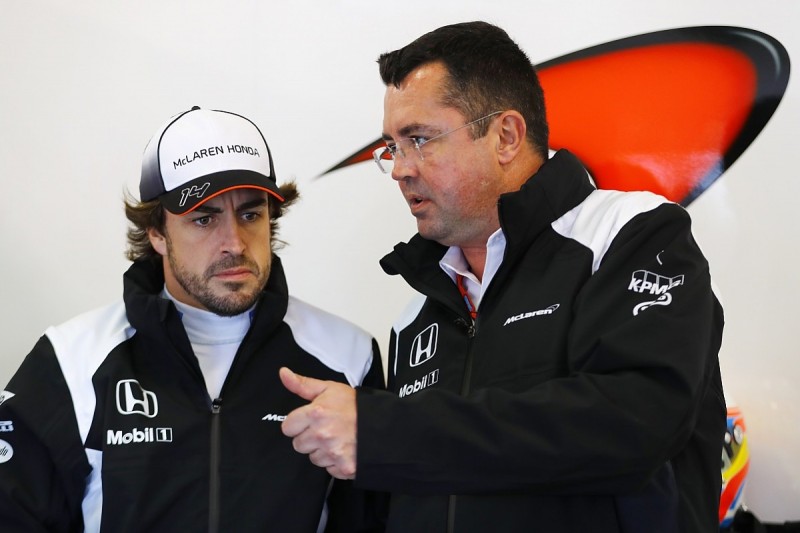 McLaren will launch its Honda-powered MCL32 for the 2017 season on February 24, with Fernando Alonso to drive it first in testing at Barcelona three days later.

Boullier said he was expecting some surprises in the coming months with the rules overhaul.

"This year, we have a new aero package and some teams will do a better job than some others," he said.

"So at the beginning of the season, there will be some difference, I'm sure some surprises.

"But the teams will then copy each other, or will integrate each other's concept into their own concepts, and again we will tend to have more disparity - but I'm sure it'll be closer."