The gathering is a direct response to the lack of passing moves seen in the Australian GP, albeit at a track that rarely sees much action.

There is some urgency to the discussions as in theory rule changes for next season have to be confirmed by the FIA before April 30th. Any subsequent changes have to be passed unanimously by the teams.

Ross Brawn has hired a team of aerodynamicists - headed by former Williams man Jason Sommerville - to help shape the future rules, and improving overtaking has been a key goal for the group, focusing particularly on how the aerodynamic surfaces of cars are disturbed by the ones ahead.

Although the focus is primarily on 2021, Brawn said recently the results are already positive enough to consider making changes earlier.

Two key changes for 2019 will be discussed on Saturday - to the front wing, which has emerged from Sommerville's research, and to the rear, which is understood to be an FIA concept.

The rear proposal is for a bigger rear wing flap, which would create a bigger effect when DRS is employed.

However, that does not address the fundamental issue of the current high downforce cars being unable to follow each other.

The Sommerville idea is to improve the quality of the airflow onto the car behind by simplifying the front wing.

That would involve the removal of certain elements that are specifically designed to control the airflow around the front wheels.

It's this flow - which starts with the front wing of the car ahead and interacts with the turbulence around the front wheels - that subsequently makes it difficult for the car behind to follow.

Removing the extra elements would slow the lead car slightly, and allow the following car to get closer.

It's understood both ideas could be incorporated into the 2019 rules. 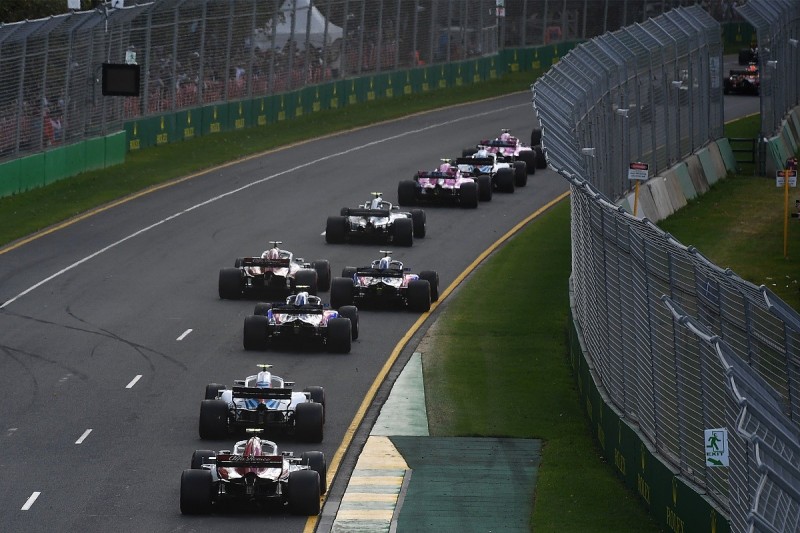 The FIA is continuing to look for short-term solutions for 2018 by experimenting with DRS zones, having extended the activation zone on the Bahrain pit straight by 100m.

A separate meeting of the technical working group has already rubber-stamped various proposals for 2019 that had been under discussion for some weeks.

They include an 80kg minimum driver weight, simplified bodywork in the bargeboard area (that makes it easier to see sponsor logos on the chassis), and lower exhausts which cannot point upwards, designed to stop them having an aerodynamic effect.

In addition, nose attachment points are to be strengthened after Ferrari's became dislodged in last year's Singapore GP accident.