Sauber will stop development of its 2018 Formula 1 car next week, having decided to make an early switch to focus on next year's challenger

Although the team is making rapid progress this season, and is just three points behind Toro Rosso in the battle for eighth in the constructors' standings, Sauber feels its longer-term future is better served in doing as much as it can as soon as possible for 2019.

Team principal Frederic Vasseur believes the aerodynamic rule changes coming for next year, which include a heavily revised front wing, means there is a chance of making good gains if it gets a head start over the opposition.

"At one stage, and that stage is next week, we will stop the development of the car because the new regulations are an opportunity for us," Vasseur said.

"At least I consider the new regulations an opportunity, and we have to be fully focused on next year.

That is where new technical director Simone Resta (pictured below left) will be focusing most of his energy, having recently joined the Swiss team from Ferrari.

Although the decision to switch full focus onto 2019 means the second half of the current campaign could be difficult, Vasseur has no worries about the situation.

"You don't have to be scared about this. It is the wrong attitude," he said. "You have to be fully focused and trust your capacity.

"And if we are able to catch up today, starting at the back, we must have to be able to do the same next year starting with everybody on the same level." 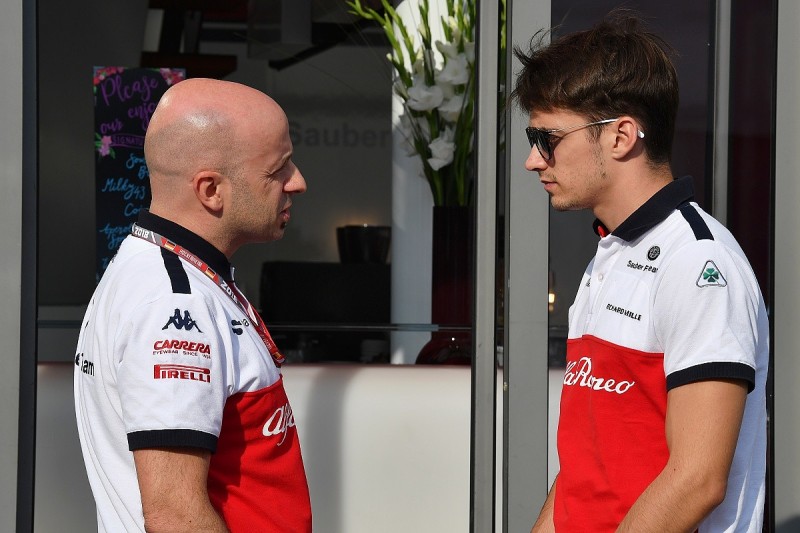 Ferrari president Marchionne could be replaced earlier than expected