Only nine F1 drivers set a lap time in FP3 after a period of over half an hour where no cars took to the circuit due to heavy rain.

But it was a Sauber one-two at the top of the timesheet after a late flurry of action, as Marcus Ericsson set a lap 0.423s slower than his team-mate.

Sergey Sirotkin was third for Williams ahead of Sebastian Vettel's Ferrari, followed by the two Toro Rosso drivers and Nico Hulkenberg.

The Renault driver was the only driver to set a time in the early part of the session, and he fell down the order during the late action, as Renault opted to stay in the garage having decided conditions were too dangerous to drive in.

Hulkenberg had set a time of 1m 36.873s 11 minutes into FP3 and two minutes after his lap, his Renault team-mate Carlos Sainz took to the circuit and spun at Turn 10 on the flooded surface.

He was able to return to the pits, but Renault team boss Cyril Abiteboul told Sky Sports that as the rain was getting heavier conditions had become "unsafe" and added there was "no point in running" especially with a limit on spare parts. 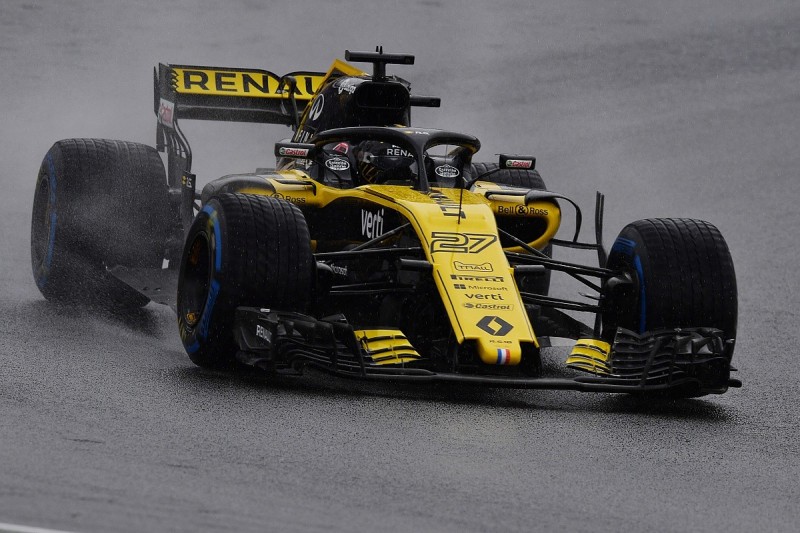 Conditions were still treacherous at the end, where Pierre Gasly, Lance Stroll and Vettel all had spins on the slippery track.

Persistent rain started 30 minutes before the start of the session, which meant initially only 14 cars ventured out for install laps, and 15 minutes into the session the rain intensified, flooding the track and limiting further running.

For over 35 minutes spectators had no choice but to watch large puddles form on an empty circuit, until there was a final flurry of cars taking to the track in the final 10 minutes.

More rain is forecast for Hockenheim this afternoon with qualifying set to start two hours after the end of FP3.

Ferrari president Marchionne could be replaced earlier than expected