The aim of the deal is to both capitalise on the growing interest in F1 in China and increase the entertainment factor around the country's grand prix to help grow the audience.

Lagardere, which was founded in 1992, is already playing a key role in promoting Asian Football Confederation events in China.

Sean Bratches, F1's commercial director, views the Asian market as key for the championship's expansion strategy, which is why he has helped put together the Lagardere deal.

"I am proud of the strong connection between F1 and Asian motorsport," said Bratches in a statement.

"Hopefully we could make it an exceptional live entertaining experience, make the fans more engaged, to increase the impact of the F1 brand.

"We are pleased to partner with Lagardere Sport, which has rich experience in the China market, to secure long term profit for all shareholders." 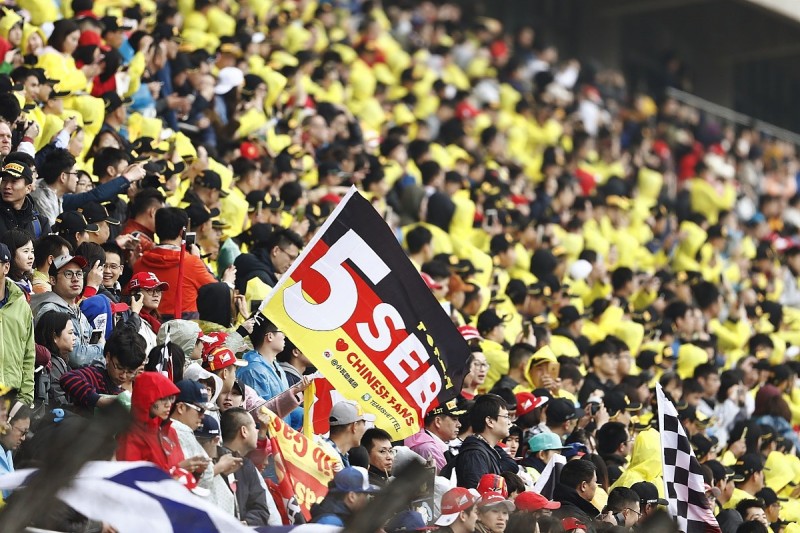 Lagardere's chief executive Andrew Georgiou added: "With the partnership with F1, we together will help develop a better show for the locals, [make F1] more engaged with Chinese fans, and eventually make the world renowned sport a solid part of Chinese sport culture."

Along with the Singapore GP, the 2018 race in China remains subject to confirmation on the official FIA calendar, but F1's owner Liberty Media has no doubts the event will go ahead.

F1 chairman Chase Carey said at the FIA Sport Conference last month: "Our expectation and goal is to have a race. We're engaged with them.

"The reason is the contracts were up this year, so we're negotiating new agreements. Those agreements aren't completed.

"We're having good discussions and our expectation is to have it, but obviously we don't have a signed agreement, so it's just a reality of life with a lead time that still exists."