Renault has ruled out following Mercedes' concept of adopting a split turbo on its Formula 1 engine, saying it sees "no good reason" to overhaul its design

Mercedes has been the benchmark since the turbo hybrid rules came into force in 2014, and much of its advantage was put down to a unique split turbo-compressor idea that it has used since the beginning of the current rules cycle.

The idea of splitting the turbo and compressor to place them at either side of the main engine block was copied by Honda for this year, after it abandoned its original idea of having the items within the V-block to help with McLaren's 'size-zero' packaging ambitions.

Renault revamped its power unit for this year but decided against following the Mercedes design, instead keeping its turbo components at the rear of the engine.

"Are we going to split the turbo/compressor next year? No," Renault F1 engine chief Remi Taffin told Autosport.

"Our engine is as it is. We decided to keep it [the turbo] at the rear for some good reasons.

"There is also no good reason to change it, as we don't see a lap time benefit from a car perspective.

"So, from where we put the elements and how we assemble them, they are where we like them to be.

"But it is also fair to say that the real emphasis is on the ICE [internal combustion engines] plus the turbo.

"That is what you do work on and that is what I guess Mercedes is doing.

"They are not spending that much time on the ERS system - they keep developing the ICE." 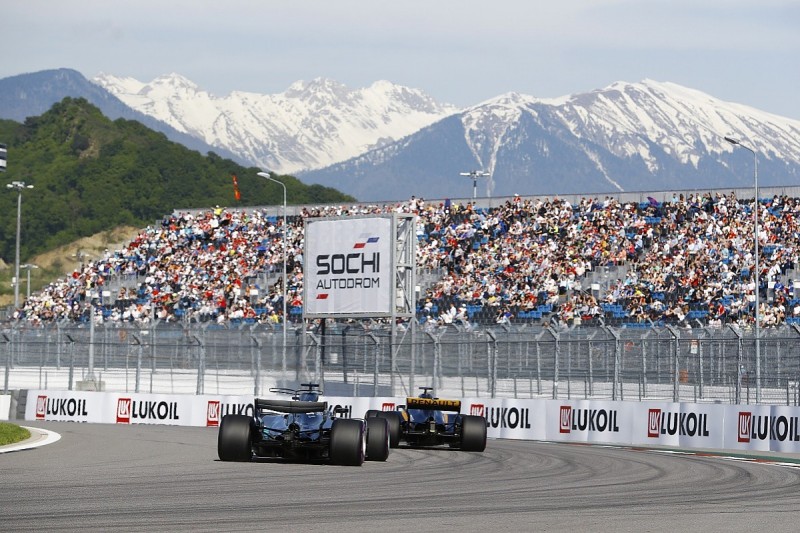 Having focused on sorting reliability rather than chasing performance over the early part of the campaign, Renault suspects it is currently around half a second adrift of Mercedes.

Taffin added: "It has been clear the target we have set within Renault, that 2018 was the year that we needed to be at the level of the benchmark, which is still Mercedes.

"We have done some part of the job this year and we will have to achieve the rest through the winter.

"We have got engines on the dyno and we can clearly see that there is some progress, and we know there can be 0.3-0.5s [deficit right now] depending on the track.

"So if Mercedes is still getting one or two tenths over next winter, we have got what we need to close the gap.

"Whether we will be in front by the end of next year we will see, but it is feasible. We've got what we need to do now.

"We are making more progress than them, but we had to rethink what we produced for 2014.

"You know how complex these engines are, and obviously we sort of made a mistake in the first year and had to rebuild."