Leclerc says he has learned patience, improved his tyre management skills and become closer to his team having survived the "toughest moments" of a troubled year.

After proving himself a race winner in 2019 Leclerc has at times struggled to make it into Q3 this season after Ferrari's form took a dive.

"I'm happy, I'm satisfied with the way I have improved as a driver since the beginning of the season," he said.

"Especially race tyre management wise, I think that was one of my weakest points last year. I put quite a lot of effort in that, and it seems to be better now.

"So this is a positive, and then also, I think it's in the toughest moments that you get even closer with the people that are working with you. And I think this is exactly what is happening.

"So we are trying to help the team as much as possible to come back where we want to be. And I think this is creating some strong links for me and, and the future with the team. So this is good. And I hope this difficult situation will be as short as possible."

Asked if he had learned more with a less competitive car than a quick one he admitted that it was impossible to judge. 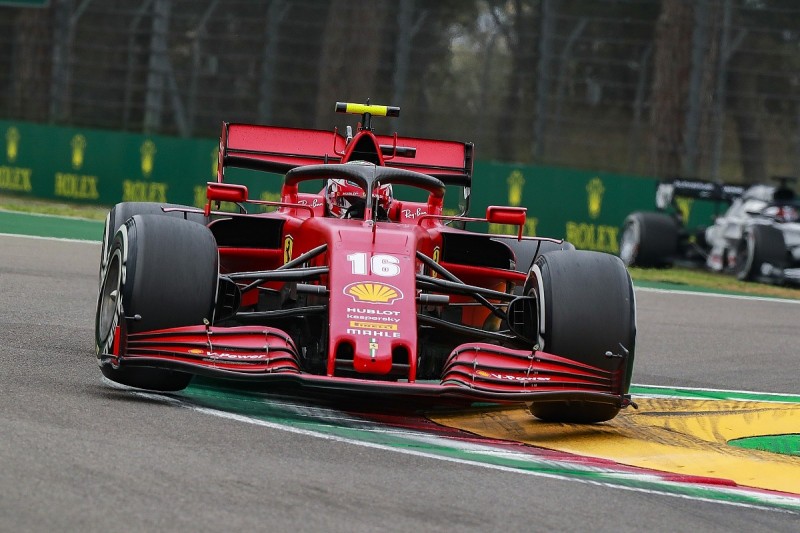 "Well, it's a matter of fact, the car is weaker this season," he said. "So I can't speak about [what would have happened] if the car will have been better. But anyway, I think it has made me a better driver, for sure.

"Because in difficult times, I've found my determination in other ways, focusing on myself, trying to improve, even though it's not to fight for podiums, or wins, we are fighting for lower positions.

"But at the end it matters as much for me, and then in terms also of patience I don't think I was a very patient guy in the past, but now I have to be in the situation I'm in now.

"And I feel like I've improved on that too. So surely I'm a stronger driver than where I was at the beginning of the season, then if it's because of the situation we are in at the moment, I'm not sure.

"But my approach didn't really change, at the end I always try to analyse my weak points and to improve on those ones."

Asked if Leclerc has been more impressive this year than last Vettel admitted it was difficult to judge.

"It's probably not so easy to compare, I think," said the German. "Obviously, I've had a bit of a contrary year compared to him so far this year. So I can't be happy.

"I've said it before with where I have been so far this year, but Charles is doing a good job and seems to regularly squeeze the car to its maximum. So I think there are a couple of areas that he has improved.

"But I think he already left a very strong impression on his first year with Sauber and last year as well. So I don't think it's only this year that he's been driving in a very, very mature and good, good manner."